Boomer is a lazy penguin in the Animal Crossing series. He first appeared in Doubutsu no Mori+ as an islander, and after being absent in Animal Crossing: Wild World, he appears in all subsequent games as a villager. His name may come from the sound of a bomb explosion, boom. This is a reference to his appearance, which resembles a pilot. His Japanese catchphrase is also an onomatopoeia for a firing sound, further referencing his appearance.

In New Horizons, Boomer has the fitness hobby and will wear sporty shades and lift heavy dumbbells while exercising.

Artwork of Boomer from Animal Crossing.

Boomer is an olive green penguin who wears a pilot's hat and goggles. In Doubutsu no Mori+, Animal Crossing, and Doubutsu no Mori e+, he wears a tan backpack on his back, which is removed in subsequent game entries. His eyes are thick, small black rectangles. His eyebrows are partially obscured by the goggles, but are similar to his eyes, except for being slightly longer and thinner. His flipper tips and belly are white, and his beak and legs are orange. Boomer bears a slight resemblance in appearance to Flash, a cranky bird islander.

As a lazy islander, Boomer will act stubborn, desiring to remain as independent as possible. This is akin to cranky villagers, though he would not inherit the personality beyond Animal Crossing.

As a lazy villager, Boomer has a relaxed, laid-back lifestyle and will appear friendly toward the player. He often talks about food and is humorous or naïve during conversations. During conversations with other villagers, he generally gets along well with peppy, smug, and cranky villagers, while snooty and jock villagers may not get along with him due to their conflicting lifestyles. In New Horizons, Boomer goes to sleep at 11 PM and wakes up at 8 AM. 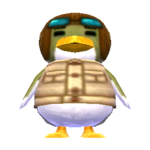 As an islander, Boomer's house in Animal Crossing will begin with only one furniture item, along with the exotic wall and bamboo flooring. He will request specific items for the player to give to him, which he will place in his house. After he places two items in his house, he will upgrade his wallpaper, and after he places five items, he will upgrade his flooring. Roswell requests for the same items as Boomer, although his house has different wallpaper and flooring. 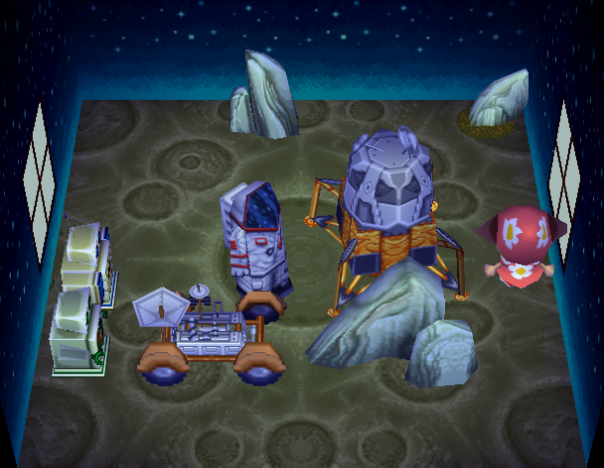 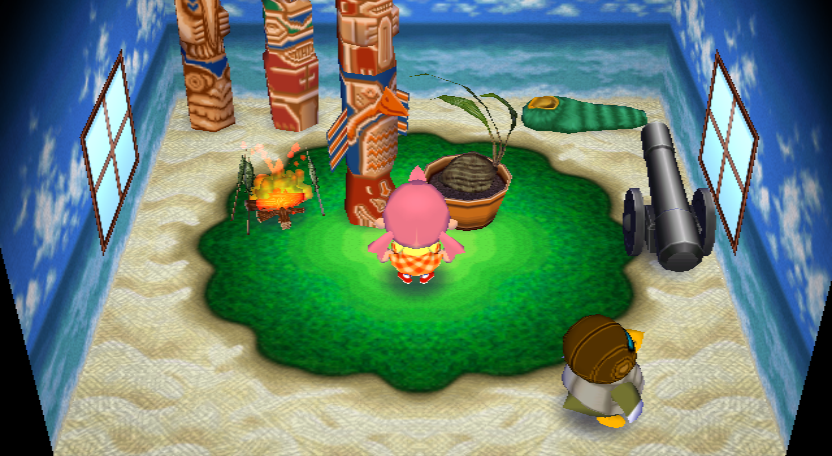 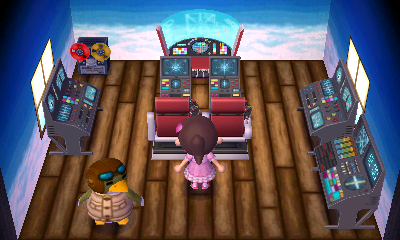 In Animal Crossing: New Horizons, if Boomer is one of the villagers who moved in during the main storyline after the villager house development quest, his house will have a combination of non-craftable furniture, plus items crafted by players during the island development storyline, primarily from the Log Series and applicable native fruit sets. He cannot have his initial house interior unless he moves out of the player's island or the Happy Home Paradise DLC is purchased, in which either the player or Isabelle can reset the interior. 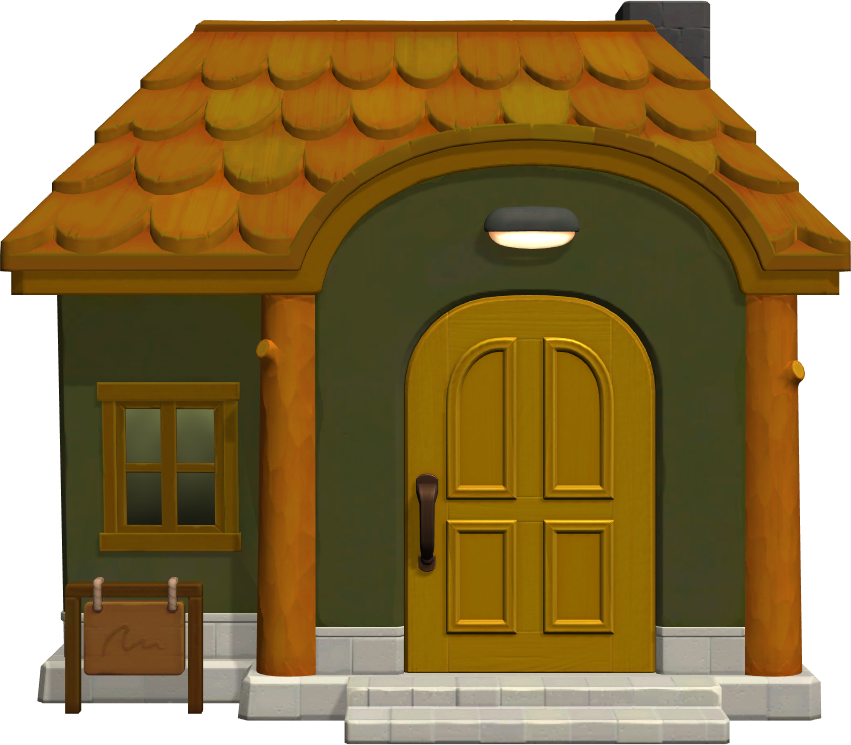 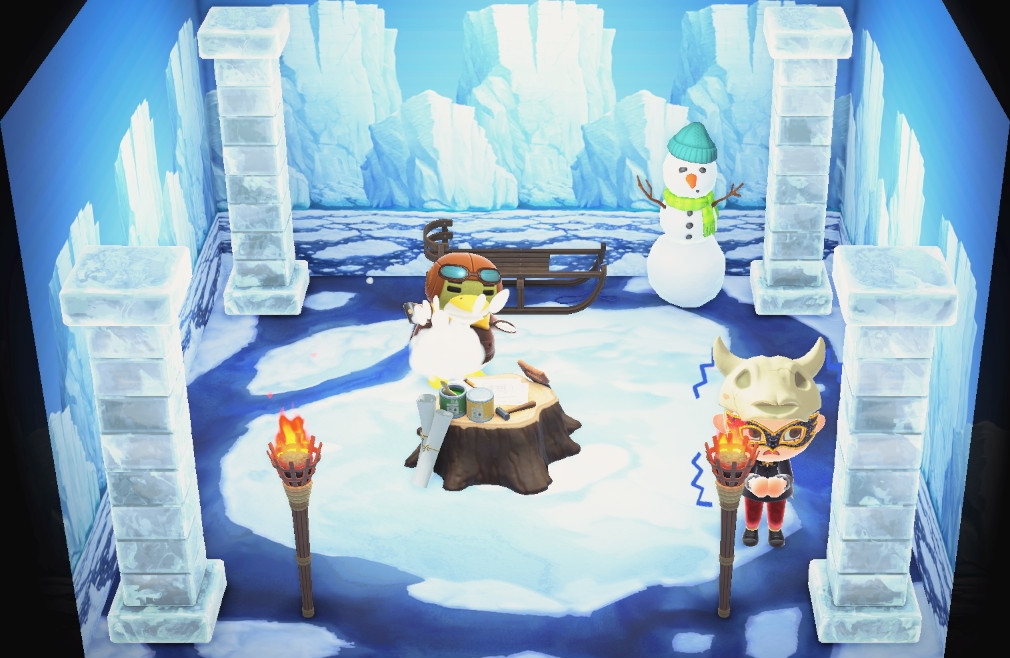 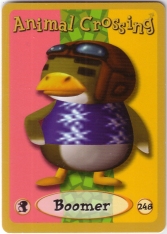 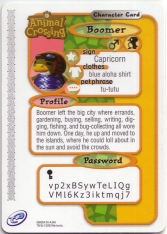 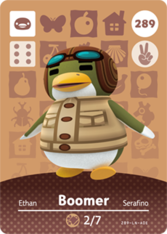