Bow can only move into a town after scanning his e-Reader card, which was exclusively bundled with the Mori o Tsukurou! figurine set F-48.

Bow is a yellow dog that is similar in appearance to Meow the cat. Bow has brown ears, and a green face representing a monochrome LCD screen. The tips of Bow's paws are white and brown and his stomach is also white. The BowLingual logo can be seen on Bow's forehead.

Bow is a lazy villager, which means he will enjoy sleeping and eating. He will often argue with jock villagers from conflicting lifestyles, and snooty villagers dislike him because he cares little about his appearance.

In Doubutsu no Mori e+, Bow shares his catchphrase with Walker, another lazy dog villager. 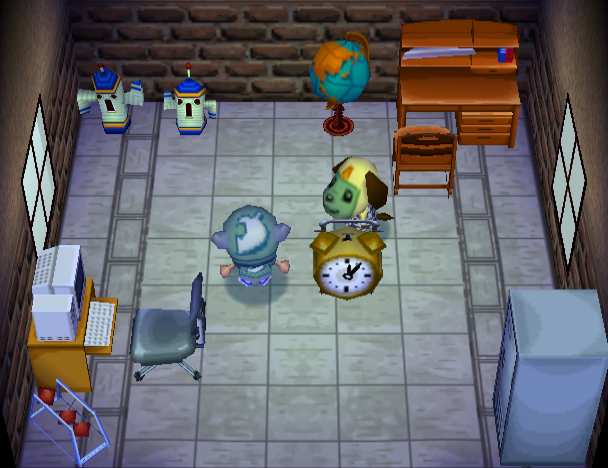 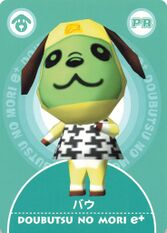 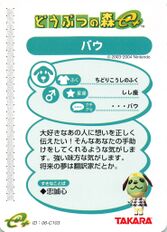