She later appears in Animal Crossing: New Leaf - Welcome amiibo, where her RV could be invited to the campground via the Wi-Fi option while at participating 7-Eleven stores in Japan from November 4, 2016 to January 5, 2017 and from March 2, 2018 to May 6, 2018.[1] Filly is one of two villagers in the series who cannot move to the player's town, the other being Holden.

Filly is one of five villagers dressed as a superhero, wearing a numbered helmet with a visor along with a matching shirt. The other villagers are Kid Cat, Agent S, Big Top, and Rocket.

Filly is a yellow horse with small, black eyes with three eyelashes each. Her eyes contain sparkles when she showcases specific emotions, such as happiness. She has wide white stripes on her limbs, with smaller, black stripes around them. She wears a yellow helmet with a red visor, with the number 7 on it, also in red. Her hooves are dark brown, and the insides of her ears are pink. Filly's initial clothes are different in all localized versions of Animal Crossing: Happy Home Designer, in which it is changed to the sunset tee.

Filly is a normal villager, meaning she is kind-hearted and nice at all times, even when first talking to her.

In Animal Crossing: New Leaf - Welcome amiibo, Filly cannot legitimately move to the player's town via normal gameplay. The only used villager content involving Filly is her personality, catchphrase, and default clothing, which are aspects that can be observed while inside of her RV. However, unused internal villager information for her still exists and can be observed either through hacking or datamining. This trait is shared with Holden, who is a similarly unobtainable villager.

Filly's birthday and favorite saying are the same as in Animal Crossing: Happy Home Designer. Her skill is "computing," and her goal is "writer," which are the default values for villager skills and goals. Internally, there is an unused skill called "running a store" and an unused goal called "store manager," but these values were left unassigned. Presumably, if these were assigned to Filly, they would refer to Filly's relationship with 7-Eleven, as she is dressed as a 7-Eleven store employee.

Filly is afraid of the monster mask on Halloween, like other normal horse villagers. Although it is not possible to obtain Filly's pic without hacking, the item itself is labeled as "???", and the photo texture appears to be Cleo, a horse linked with villager ID "hrs07." Similarly, Holden's pic is linked with Hamphrey, a hamster with a villager ID of "ham07." 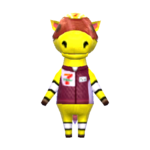 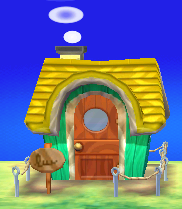 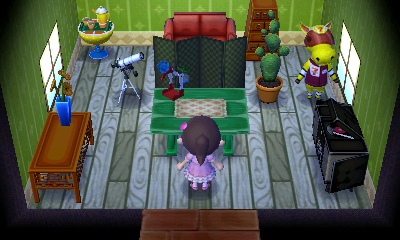 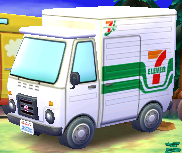 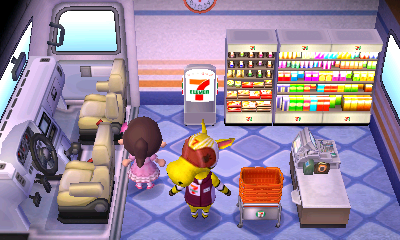 In Animal Crossing: Happy Home Designer, Filly was distributed as a DLC character at Nintendo Zones from October 21, 2015 to an unknown date.