Rilla is a peppy gorilla villager in the Animal Crossing series. She first appeared in Animal Crossing: New Leaf - Welcome amiibo. She is one of the Sanrio crossover villagers and is based on the character Hello Kitty. Her name is likely derived from gorilla.

In New Horizons, Rilla has the nature hobby and may be found reading a book pertaining to an item she is studying, which can be either flowers, bugs, fish, or fossils. Rilla is the only gorilla villager who does not have the fitness hobby.

Rilla is a pink gorilla with a red bow on her head. Her design is based on the Sanrio character Hello Kitty.

In Welcome amiibo, she appears to be wearing red shoes. However, in Pocket Camp, her feet are the same color as her main fur color. She starts to wear shoes again in New Horizons.

In Animal Crossing: New Leaf - Welcome amiibo, Rilla can only move to the player's town if her amiibo card is scanned.

While initially absent from Animal Crossing: New Horizons, Rilla was added in an update on March 18, 2021, and she can only move to the player's island if her amiibo card is scanned.[1] Additionally, in all versions of the game, the Hello Kitty Poster can be obtained from Nook Shopping after attempting to invite Rilla to Photopia via her amiibo card. 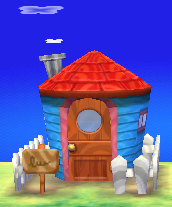 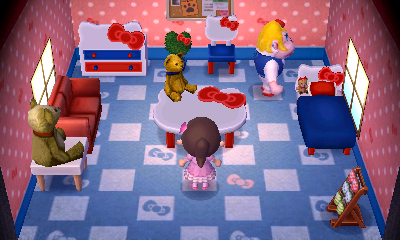 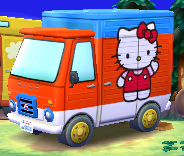 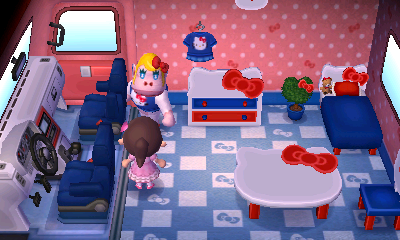 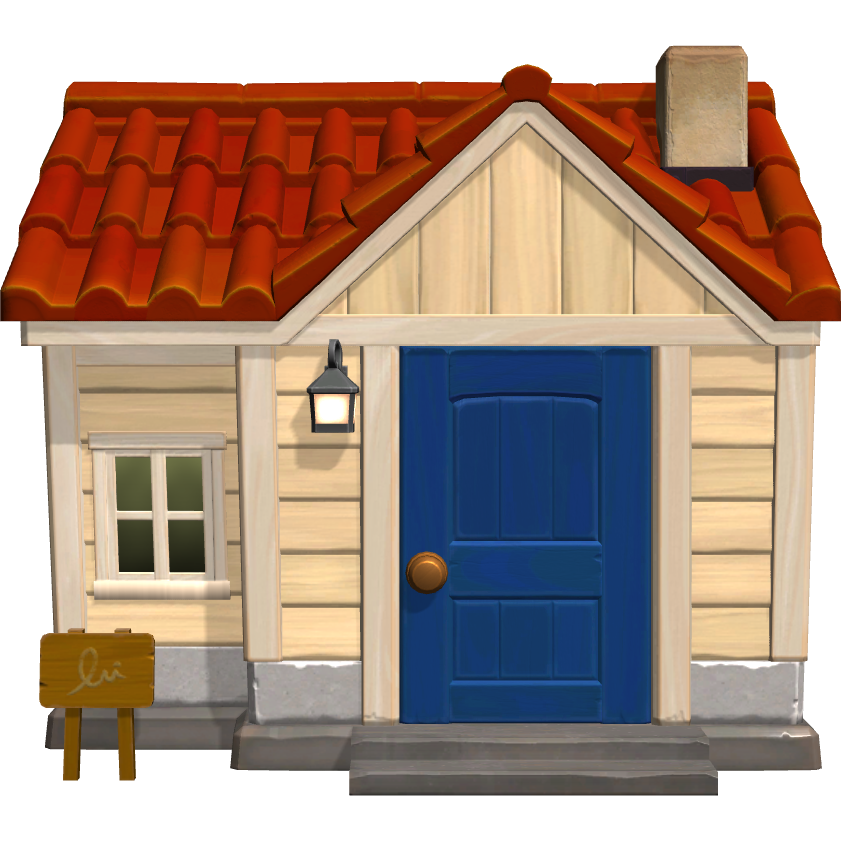 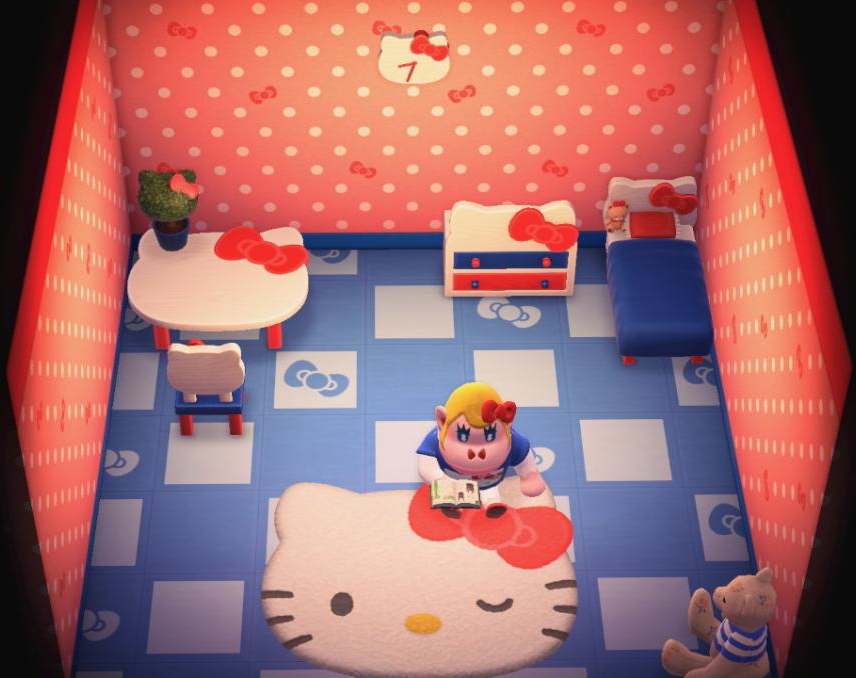