Pate is a peppy duck villager in the Animal Crossing series who appears in all games to date. Her name may be derived from pâté, a meat spread usually formed from the liver of a duck or goose.

In New Horizons, Pate has the fashion hobby and may be seen wearing a pink purse with a white flower on it, as well as a specific headwear or accessory item.

Artwork of Pate from Animal Crossing.

Pate is a duck with blue-gray feathers, who wears pink blush on her cheeks, and has short, brown hair. Her eyebrows are furrowed into an anxious expression, causing her to seem somewhat distressed or confused. She has small, beady eyes, with black sclera and white pupils. Much to some players' confusion, Pate is actually a female duck.

Pate is a peppy villager, meaning she is filled with endless spirit and loves to participate. She can be seen walking out and about, even on those rainy days. Pate believes the glass is half full and not half empty, she is an optimistic, peppy villager that is a lot of fun. However, she can be sort of quick to put words in the player's mouth, especially when concerning her current hobby. If players have been ignoring her, she will give them a dirty look when they wave to her. Despite this, Pate can be a somewhat good friend when players learn to cope with her selfish ways. She can become open and does not hesitate in sharing gifts with friends. She can also be a little hard headed and selfish, but Pate can be very caring and loving. 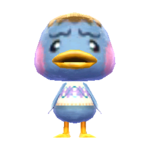 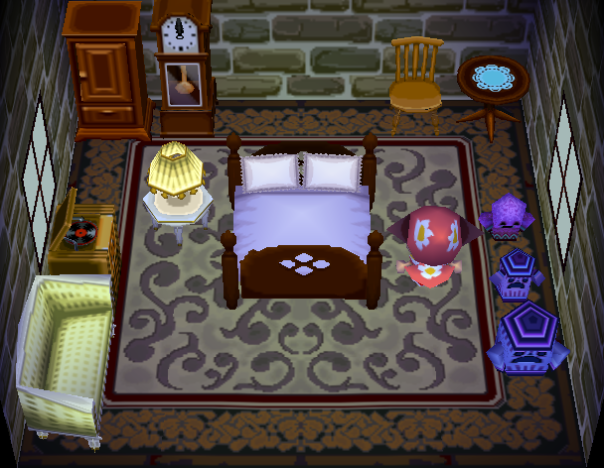 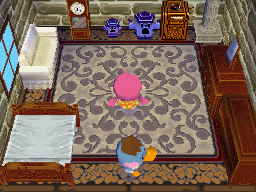 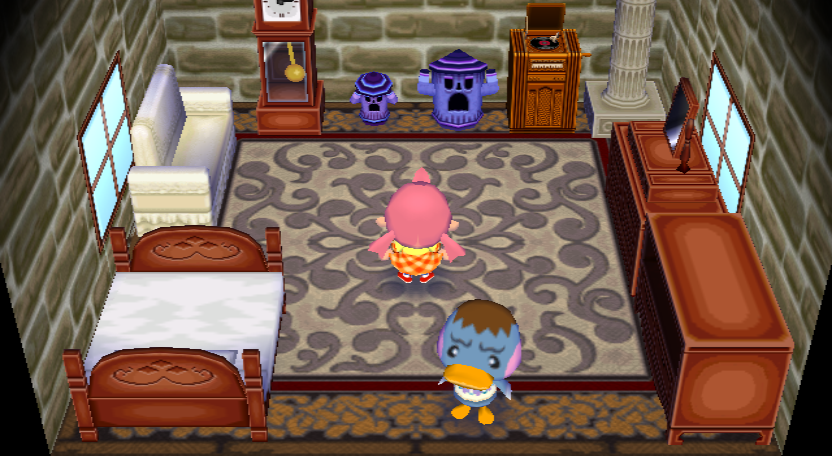 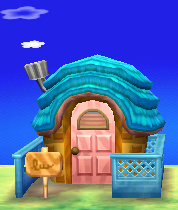 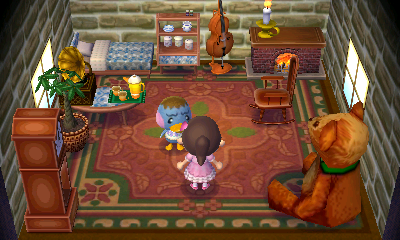 In Animal Crossing: New Horizons, if Pate is one of the villagers who moved in during the main storyline after the villager house development quest, her house will have a combination of non-craftable furniture, plus items crafted by players during the island development storyline, primarily from the Wooden Block Series. She cannot have her initial house interior unless she moves out of the player's island or the Happy Home Paradise DLC is purchased, in which either the player or Isabelle can reset the interior. 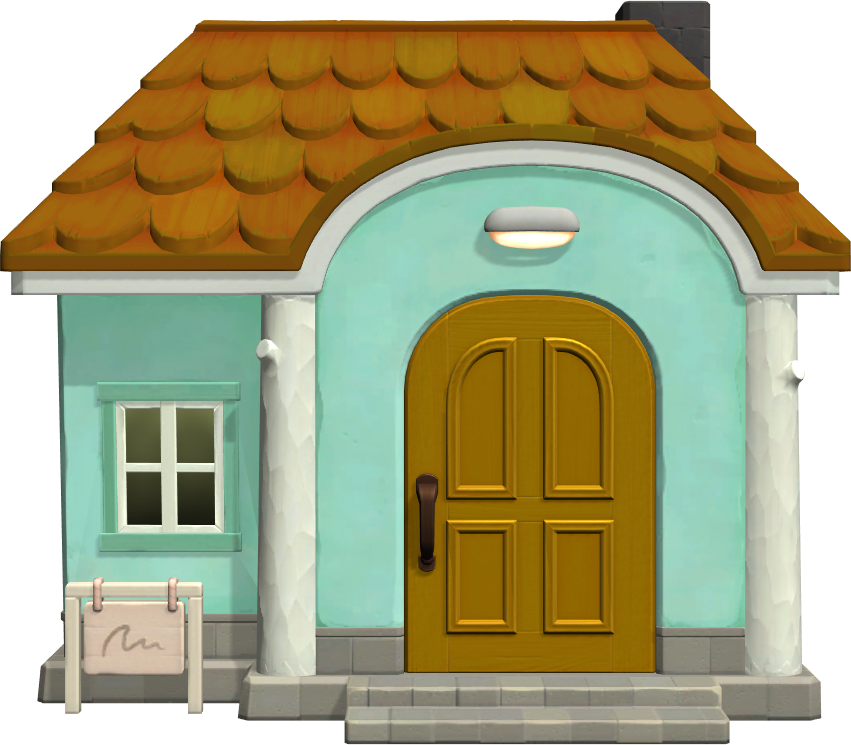 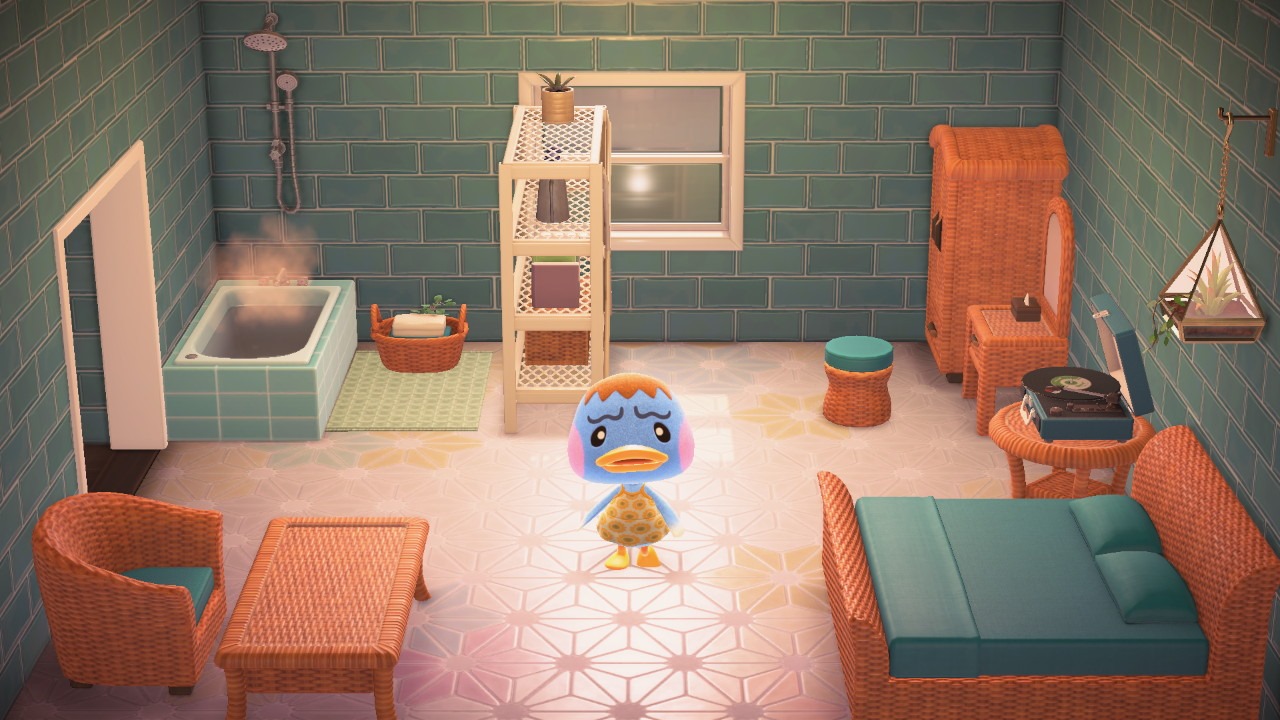 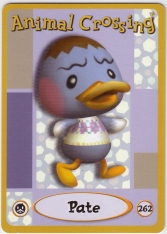 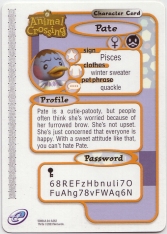 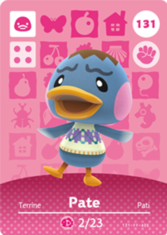