For the villager whose French name is Gloria, see Gigi. For Spanish, see Rocket.

Gloria is a snooty duck villager in the Animal Crossing series. She first appeared in Animal Crossing: City Folk and has appeared in all subsequent games. Her catchphrase is "quacker," a play on the noise ducks make. Her English name, along with her Japanese name, Swanson (スワンソン), likely refer to silent film actress Gloria Swanson.

In New Horizons, Gloria has the fashion hobby and may be seen wearing a pink purse with a white flower on it, as well as a specific headwear or accessory item.

Artwork of Gloria from City Folk.

Gloria is a white duck with a dark plum bob cut, blue eyeshadow, pink-tinted webbed feet and bill, and purple-tipped tail and feathers.

As a snooty villager, Gloria will appear arrogant and rude towards the player and other villagers. She may be offended when a jock character asks her about her physical fitness. She gets along with other snooty characters and tends to get mad when lazy characters are laid-back and do not care about anything. 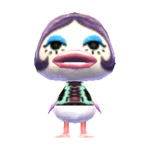 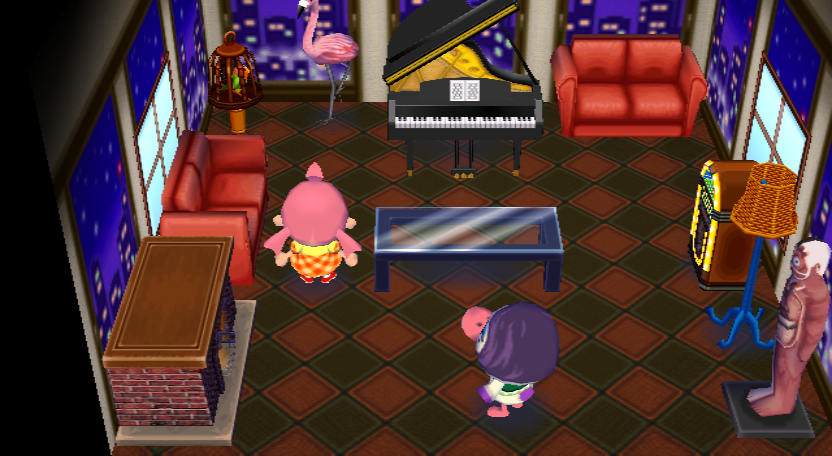 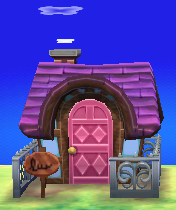 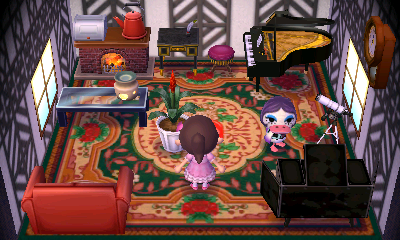 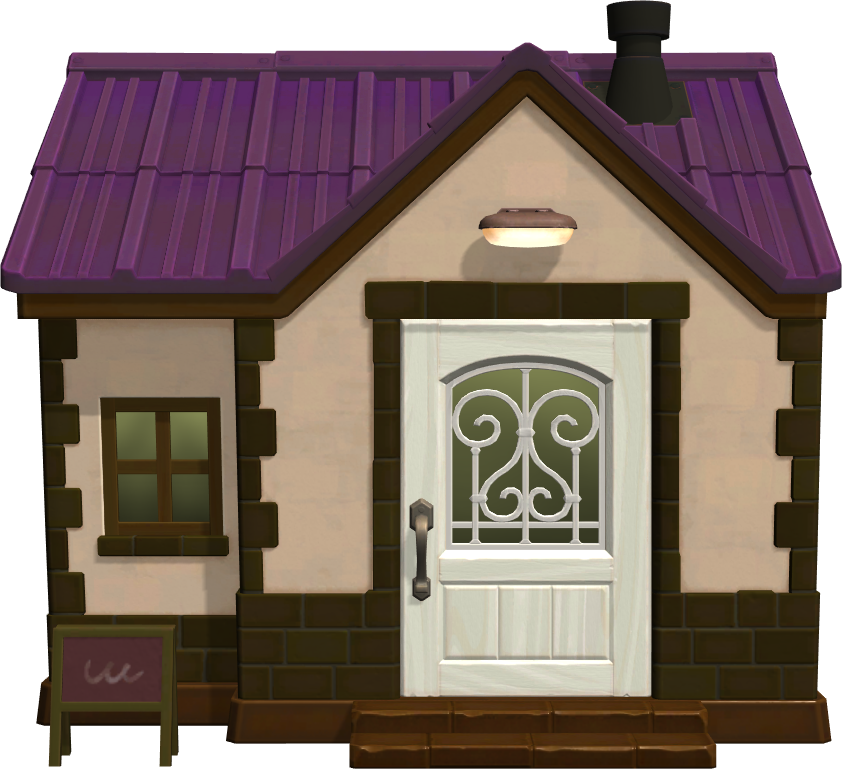 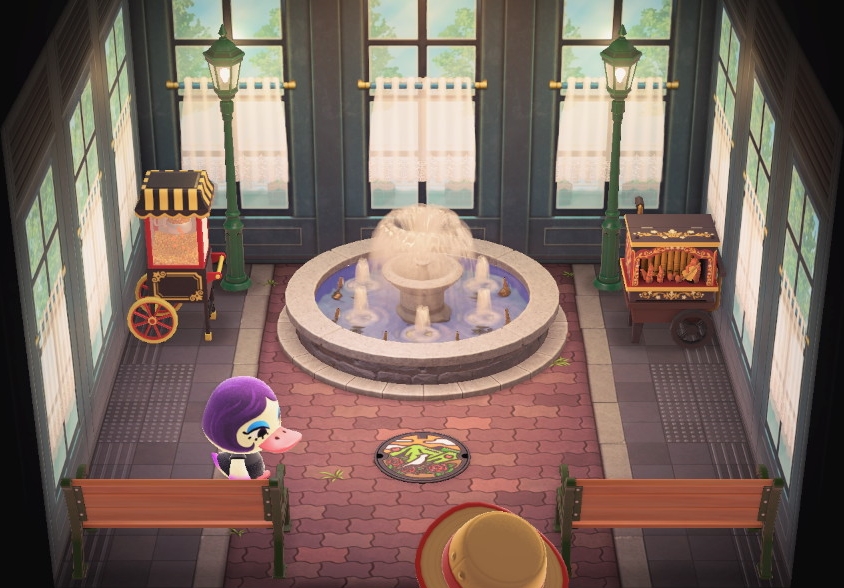 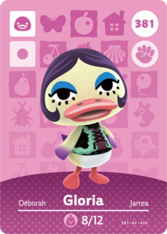