Amelia is a snooty eagle villager in the Animal Crossing series who appears in all games to date except Animal Crossing: Pocket Camp. Prior to Celia's introduction in Animal Crossing: New Leaf, she was the only female eagle in the series. Her name may be derived from Amelia Earhart, who was a noted American aviation pioneer. Her catchphrase in Animal Crossing means "a young eagle," relating to her species.

In New Horizons, Amelia has the music hobby and may sing anywhere without the need of a stereo.

Artwork of Amelia from Animal Crossing.

Although Amelia is an eagle, her appearance more closely resembles an Andean condor or a red-headed vulture, both of which are birds of prey similar to eagles. She has a red face surrounded by white feathers, and her body is covered in black, slate gray and white feathers. Amelia also has black eyes with blue eyeshadow that appear to be scowling, and the tip of her beak is gray. In Doubutsu no Mori, her pupils are more centered, and her eyes are half closed as opposed to scowling.

As a snooty villager, Amelia will appear uptown, classy, and chic. With this, however, she will appear rude, belittling, and snobbish when talking to the player or other villagers in the town, usually criticizing their dress sense or fashion. When talking to the player enough times, she will befriend them but still remain subtly rude. As with all snooty villagers, she has an interest in clothes over other hobbies, allowing her to get along well with smug villagers, her male counterparts. Amelia will have problems socializing with other villagers, usually lazy villagers by disagreeing with their choice of lifestyle or getting offended by a jock villager, who has questioned her physical fitness. 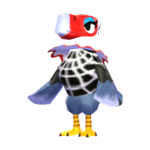 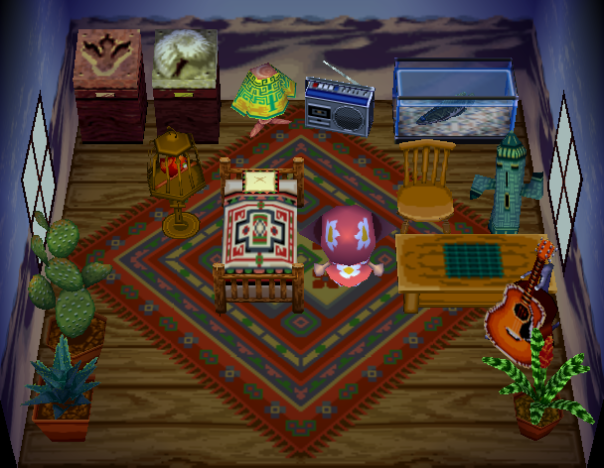 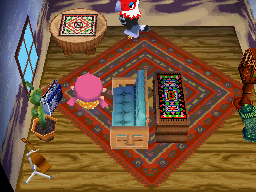 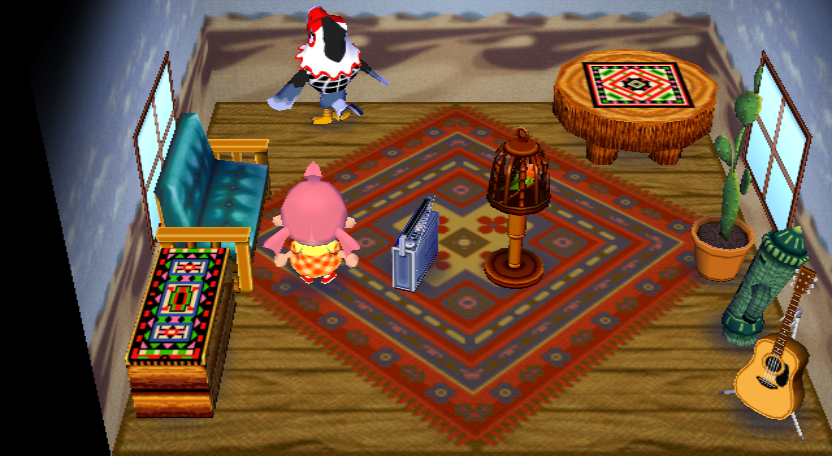 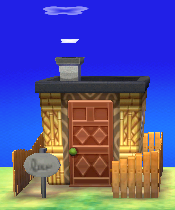 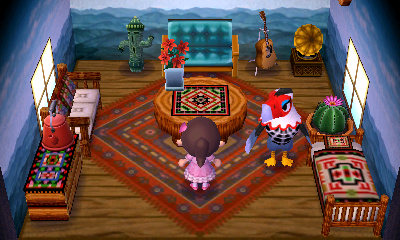 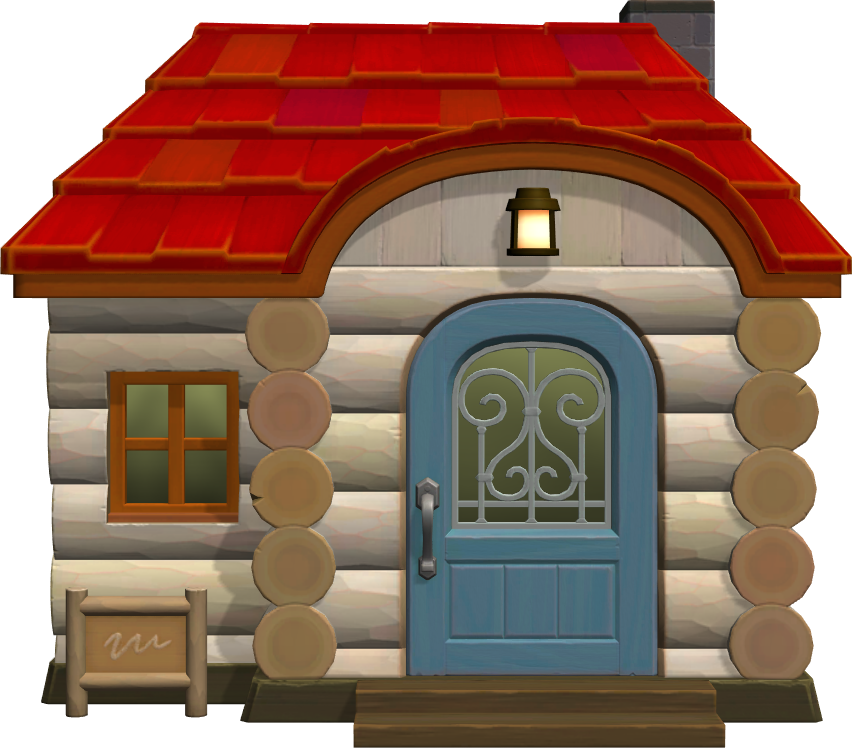 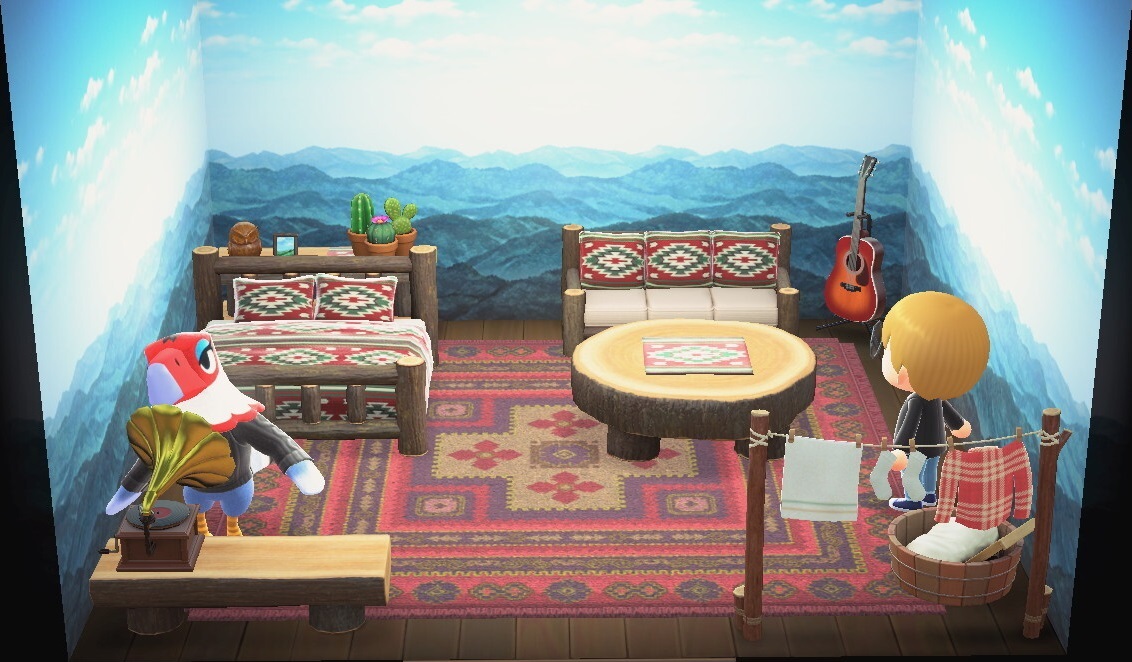 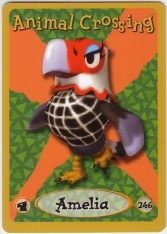 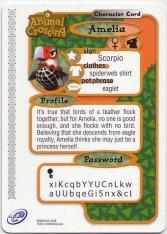 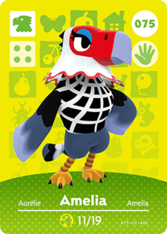