For the villager whose Japanese name is Barbara, see Pashmina.

In New Horizons, Baabara has the fashion hobby and may be seen wearing a pink purse with a white flower on it, as well as a specific headwear or accessory item.

Artwork of Baabara from Animal Crossing.

Baabara is a brown-skinned sheep with pale blue coat. She has purple horns, which blend in with the pale blue tones in her woolly coat. Her eyes usually remain closed, but she will rarely open them. Her eyes are black with a brown sclera.

Baabara has a snooty personality. She will appear uptown, classy, and chic. With this, she will appear rude, belittling and snobbish when talking to others, usually criticizing their dress sense or fashion. She is able to get on with cranky, big sister, smug, and other snooty villagers. She will have her fitness questioned by a jock villager. She will not get along with normal villagers, due to their kindness and politeness towards their neighbors.

I'm so soft that I don't even need a pillow! 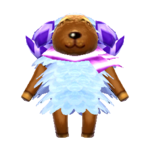 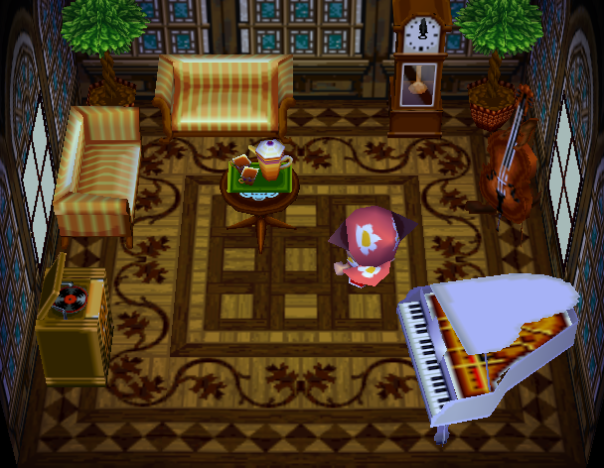 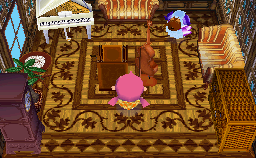 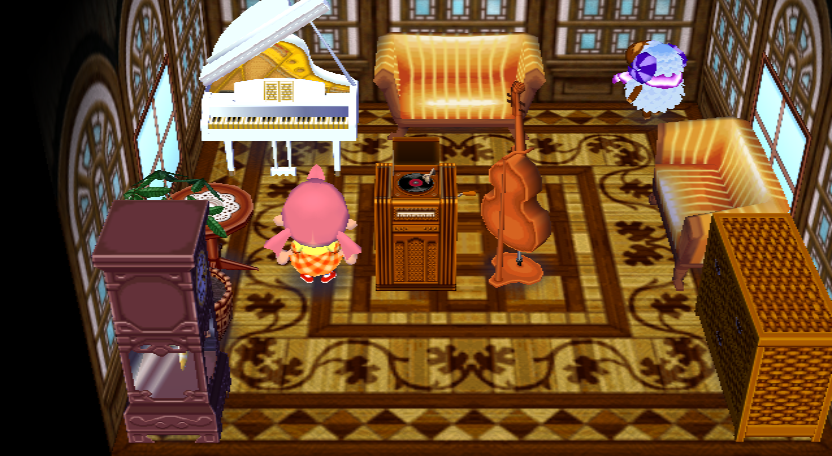 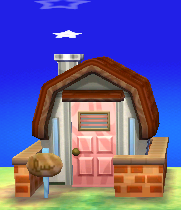 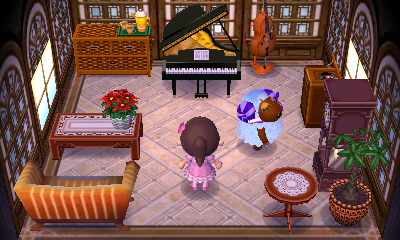 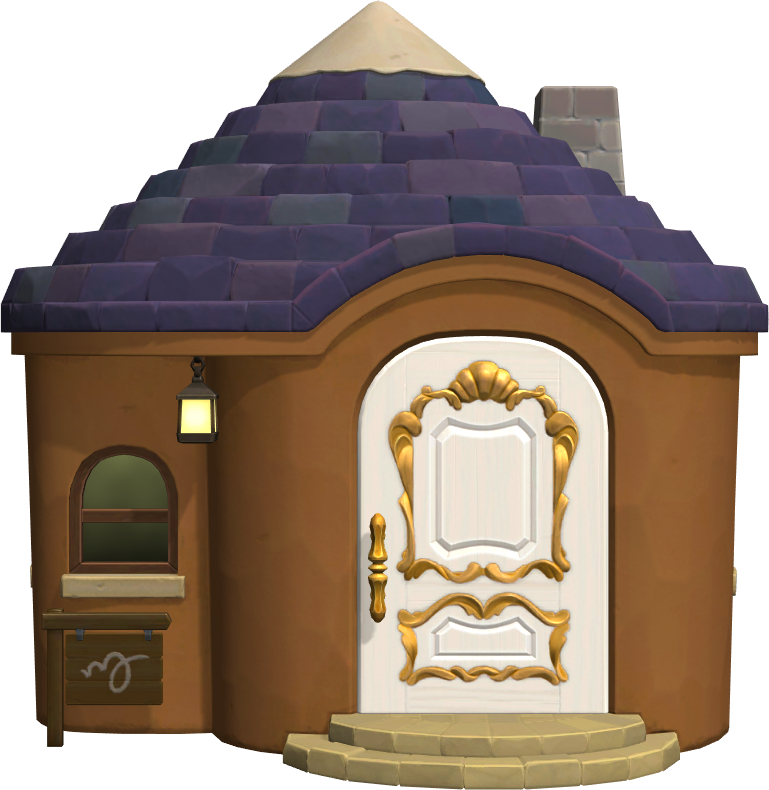 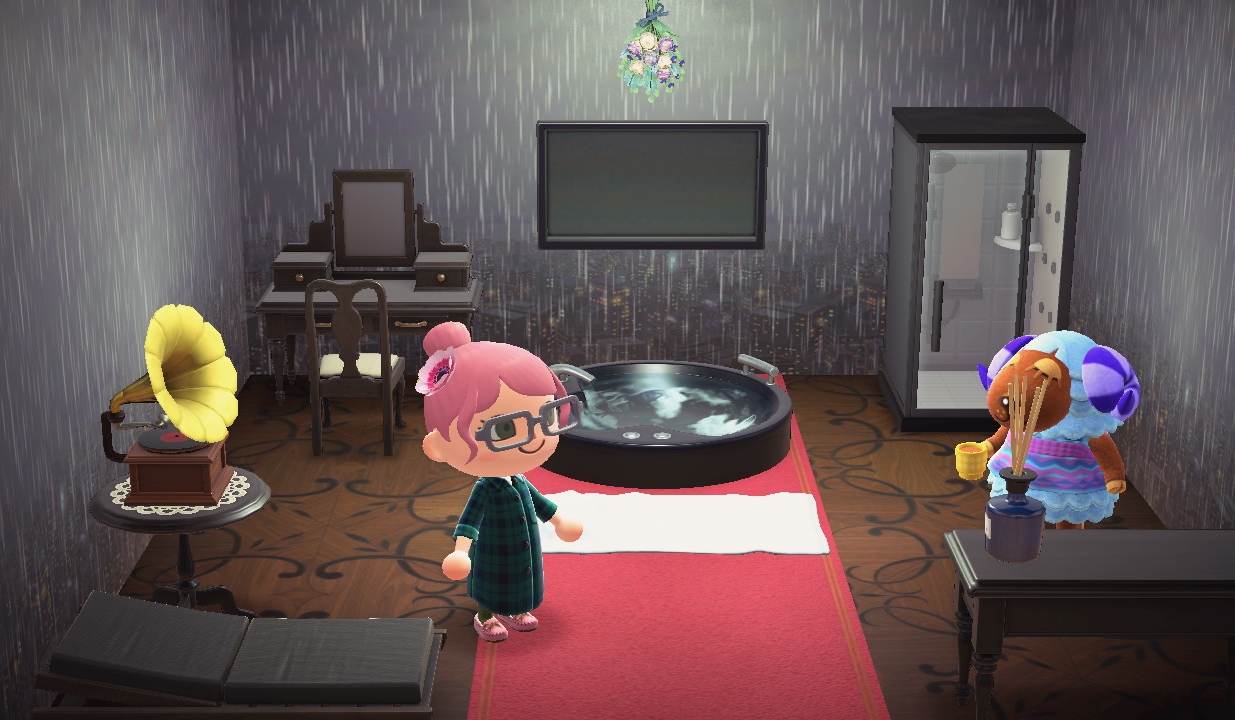 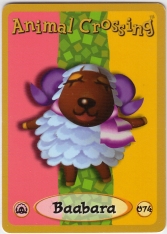 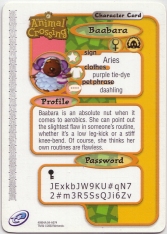 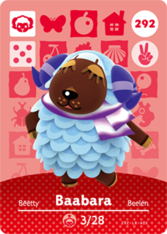 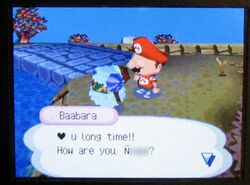 Baabara was featured on gaming news websites in December 2008 when Nintendo released fourteen review copies of Animal Crossing: Wild World to the press to demonstrate its player data transfer feature with Animal Crossing: City Folk. Unbeknownst to Nintendo, Baabara's catchphrase was tampered with; what should have been "daahling" was "Ñ****á", a racial slur. The slur was modified, likely to bypass the game's profanity filter, which prevents players from setting catchphrases and greetings to anything deemed inappropriate. Additionally, her greeting was changed to ♥ u long time!!, a quote from the film Full Metal Jacket that is used in a sexual context. Nintendo responded by issuing an apology to the media and recalling all offending copies of the game from the press, explaining that the game's Wi-Fi features (which allow catchphrases to be spread) were to blame.[2]