In New Horizons, Petri has the education hobby and can be seen wearing rimmed glasses, reading a novel while outside, and using a magnifying glass when near certain objects.

Petri is a mostly white mouse. The tips of her hands and feet are gray, her tail and nose are black, and she has blond hair. She wears a small red ribbon on the back of her head. She wears glasses with large round frames and opaque white lenses, which obscure her eyes. If she is given a different set of glasses to wear, it reveals that she has brown eyes with eyelashes and gray-purple eyeshadow. The insides of her ears are different colors; the left is light blue or cyan and the right is red. Due to her white fur and science theme, she appears to be based on a laboratory mouse.

Petri has a snooty personality. She will appear uptown, classy, and chic. With this, she will appear rude, belittling and snobbish when talking to others, usually criticizing their dress sense or fashion. She is able to get on with cranky, big sister, smug, and other snooty villagers. She will have her fitness questioned by a jock villager. She will not get along with normal villagers, due to their kindness and politeness towards their neighbors.

Our DNA is only the beginning of the story. 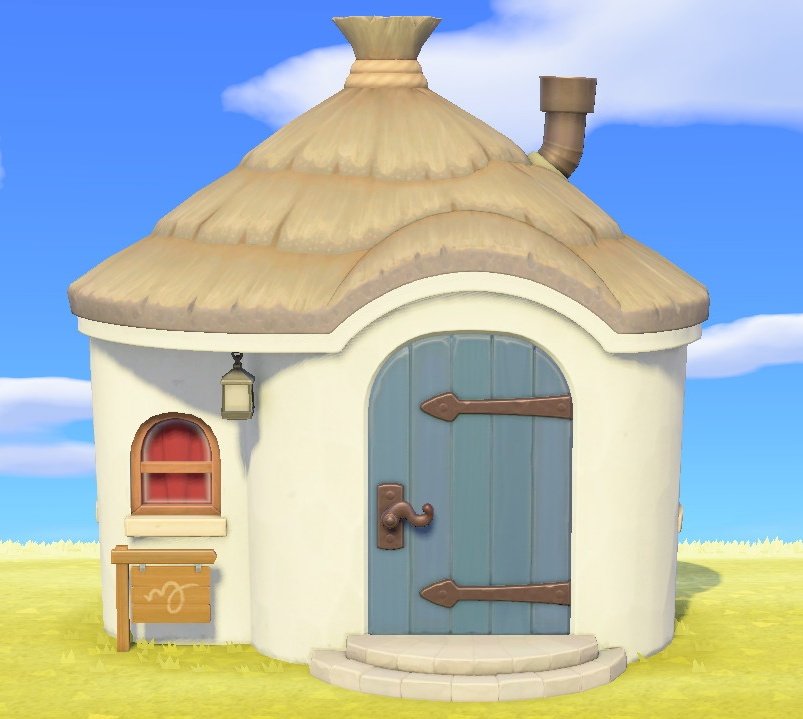 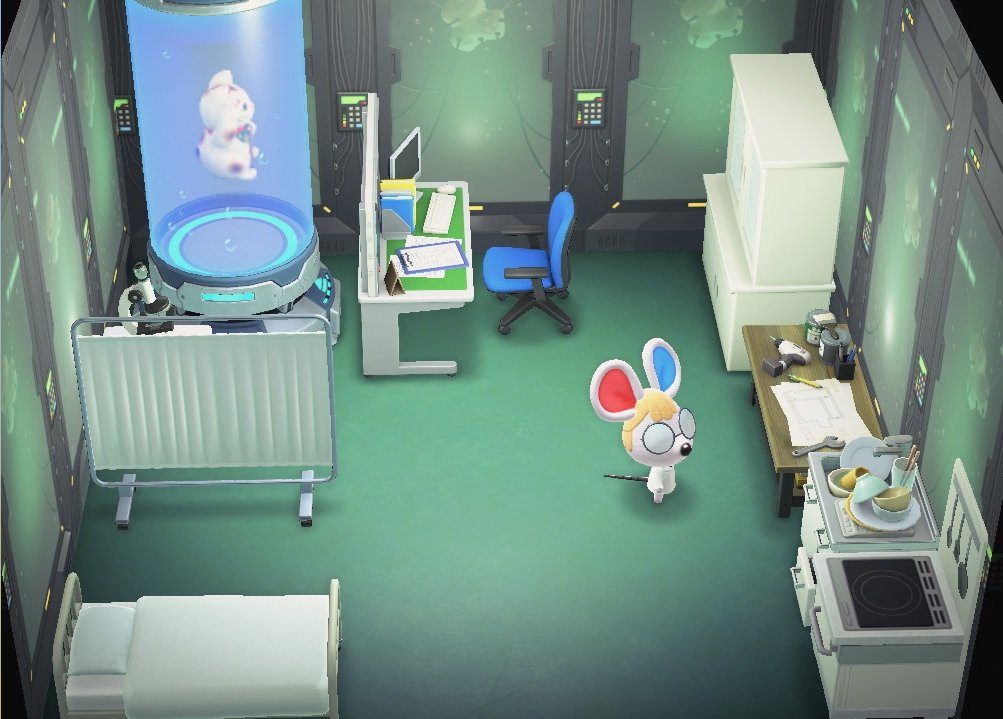 Our DNA is only the beginning of the story. 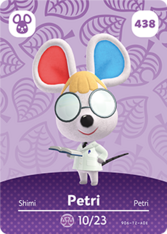