In New Horizons, Deena has the education hobby and can be seen wearing rimmed glasses, reading a novel while outside, and using a magnifying glass when near certain objects.

Artwork of Deena from Animal Crossing.

Deena is a green and white duck with a bright yellow beak, brown hair, and pink cheeks. Her eyes appear wide open at all times and are black and oval-shaped.

As a normal villager, Deena will appear shy and friendly, but also act self-depreciative and have an unseen obsession with hygiene, mentioning her concerns about how clean her home is on certain occasions. Like all normal villagers, she will get along well with other villagers, particularly lazy and peppy villagers, appearing motherly towards them. She may, however, conflict with cranky villagers. She will partake in all the hobbies but not appear as competitive as jock villagers, and will usually start competitions purely for something to do, rather than to win or compete against the player. As with all normal villagers, Deena may be seen walking around the town from as early as 5 AM, the earliest any villager type will be seen walking around. Deena is easy to befriend, and when the player gets close to her, she will give them her picture. As earlier mentioned, Deena will have an obsession with cleaning, and she will mention a friend who is popular amongst normal villagers - Moppina, a mop which she will normally discuss with peppy and other villagers with the same personality.

I'm not a lame duck! 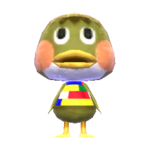 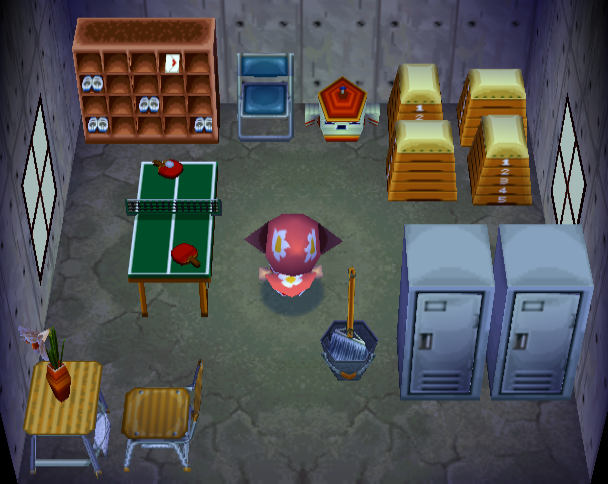 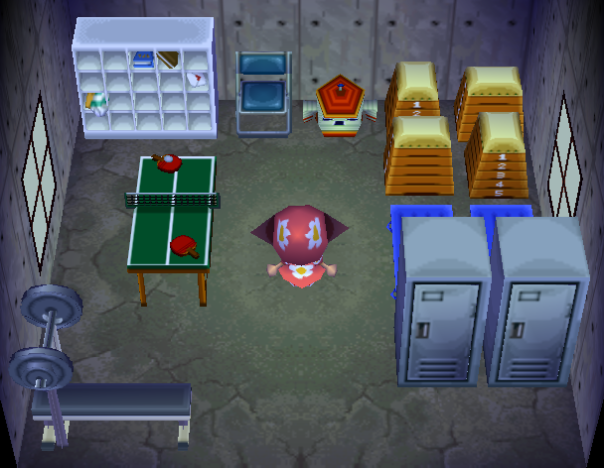 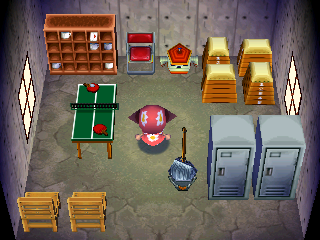 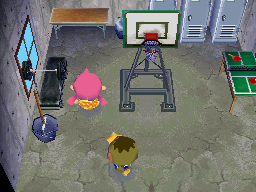 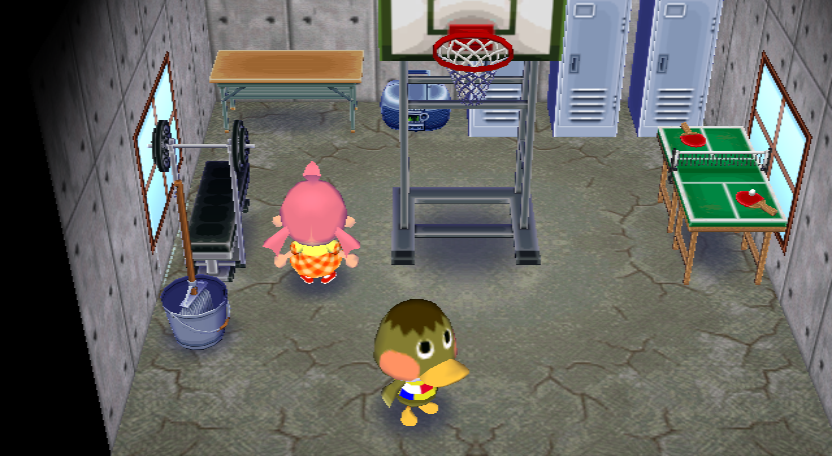 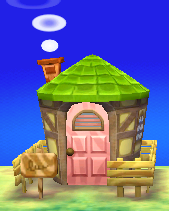 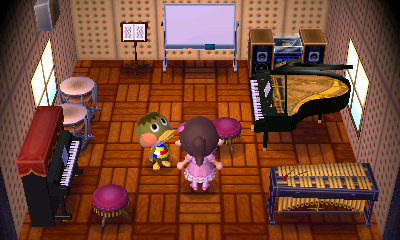 In Animal Crossing: New Horizons, if Deena is one of the villagers who moved in during the main storyline after the villager house development quest, her house will have a combination of non-craftable furniture, plus items crafted by players during the island development storyline, primarily from the Wooden Series. She cannot have her initial house interior unless she moves out of the player's island or the Happy Home Paradise DLC is purchased, in which either the player or Isabelle can reset the interior. 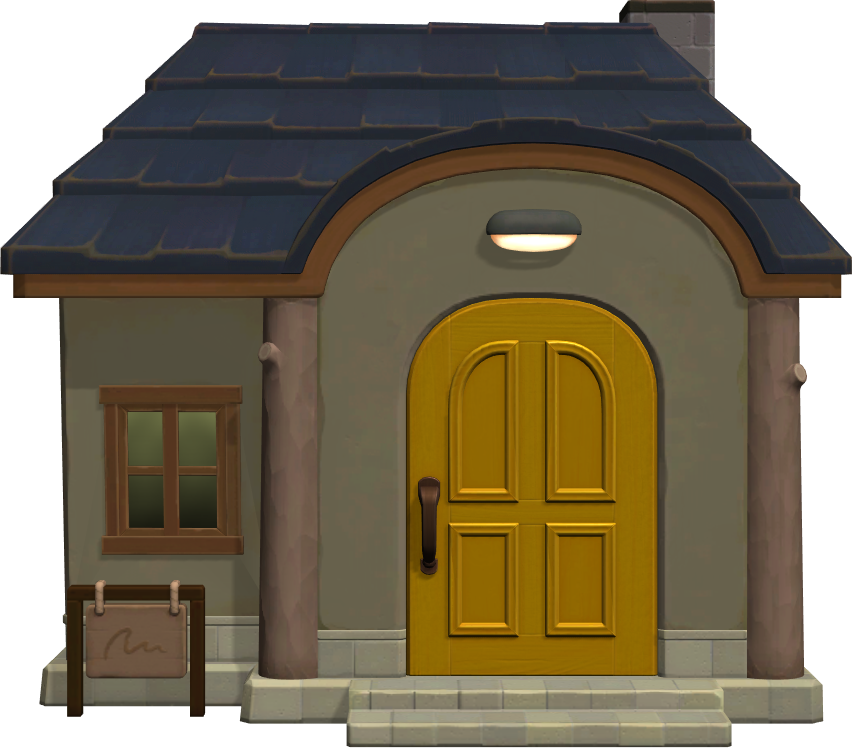 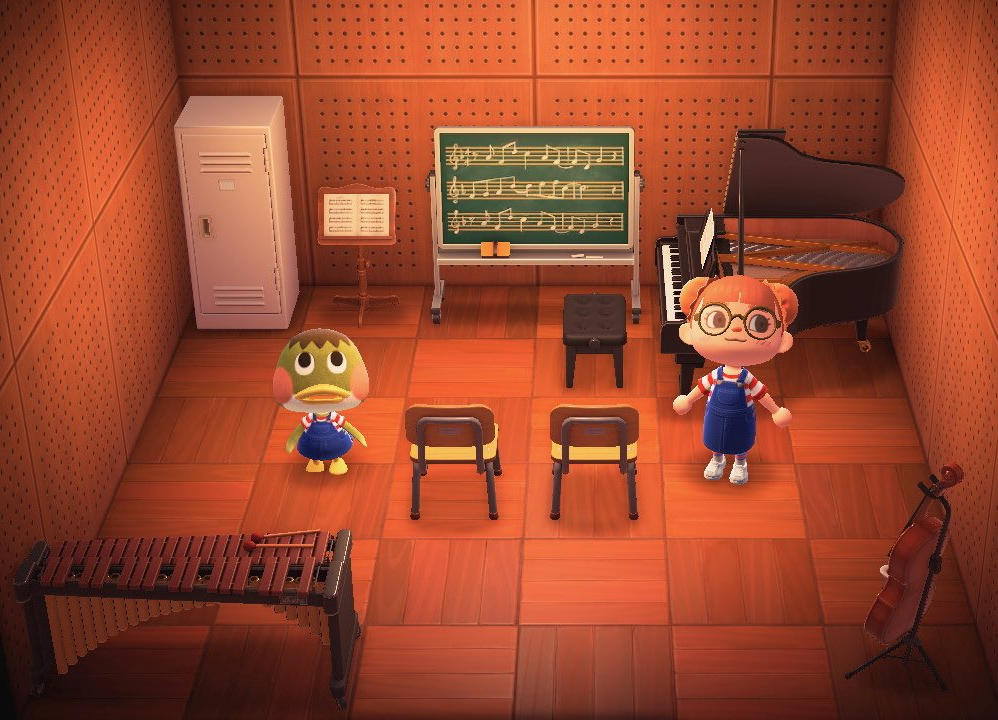 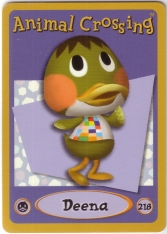 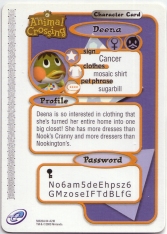 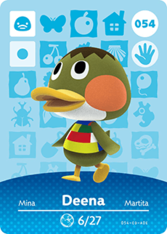