Rollo in Doubutsu no Mori.

Rollo is a gray hippo with orange eyelids and tipped hooves. He has flaring nostrils (as all of the hippopotami do) and has deep pink on the inside of his mouth and ears.

Rollo has a lazy personality, acting carefree and often talking about eating and relaxing. Outside of these subjects, however, Rollo is laid-back and easygoing to the player, making him easy to befriend, and will often participate in common hobbies for the purpose of relaxation instead of competition. On the other hand, because of how apathetic he is, Rollo will constantly request a lot out of the player, although many of these tasks are not time-consuming and easy to complete. Because of his nature, Rollo does not get along with jock villagers, due to opposing lifestyles, or with snooty villagers, due to his apathy towards outward appearance. 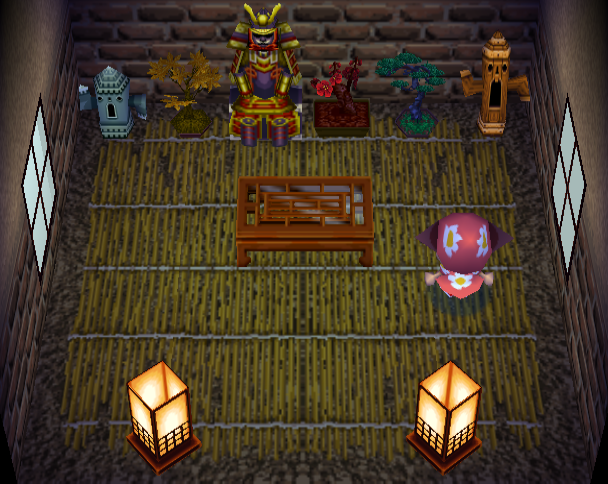 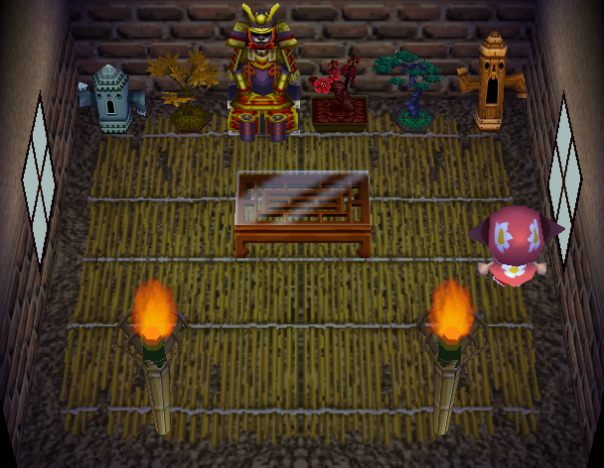 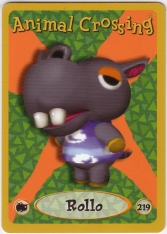 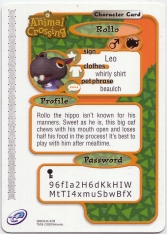