For the villager whose French name is Clara, see Bunnie.

Clara (クララ, Kurara?) is a normal hippo villager in Doubutsu no Mori e+. She can only move to the player's town if her e-Reader card is scanned.

Clara is a pink hippo with brown hair and half-closed, black eyes. Her eyelids are colored brown and lie just above a shade of pink blush. The inside of her ears are a peach color, and the tip of her tail is the same shade of brown as her hair.

Clara has a normal personality, which means that she is friendly and hospitable to the player. She is easy to befriend and rarely becomes angry. She will get along with lazy villagers.

In Doubutsu no Mori e+, Clara's house features the same furniture layout as Carrie and Merry's. 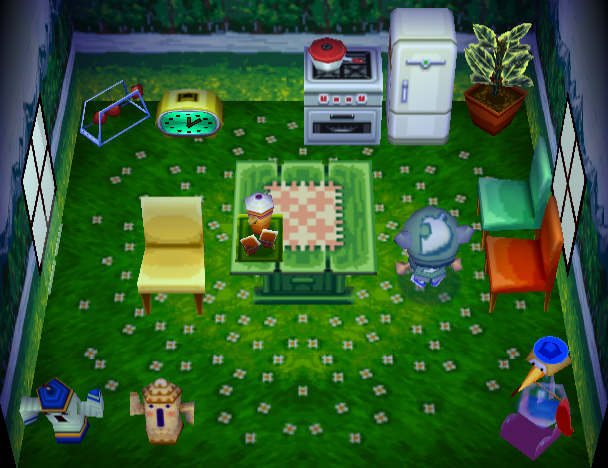 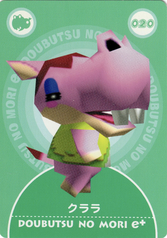 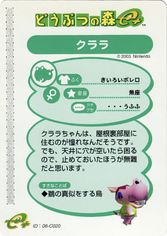