This article is about the villager. For the type of flower, see Flower.
For the villager whose Japanese, Korean, and Chinese name is Lily, see Skye.

Lily is a normal frog villager in the Animal Crossing series who appears in all games to date. Her name is likely a reference to lily pads, a plant that frogs are often known to occupy while in and around water. Her catchphrase was swapped with Ribbot's until the 1.8.1 update for Pocket Camp, in which Lily reverts to her original catchphrase from Animal Crossing.

In New Horizons, Lily has the education hobby and can be seen wearing rimmed glasses, reading a novel while outside, and using a magnifying glass when near certain objects.

Artwork of Lily from Animal Crossing.

Lily is an aquamarine frog with brown eyes, pink cheeks, and a cream-colored chin. She has a black eyelash on each eye. She has an overall pastel color appearance.

As a normal villager, she will have a positive outlook on life and generally appear relaxed and friendly towards other villagers including the player. She will appear to be concerned of general hygiene and cleanliness, and upon entering her home she may be worried about how it appears to others. Lily will rarely get angry, but may get upset if she feels she has been pressuring the player in tasks. 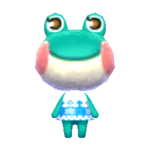 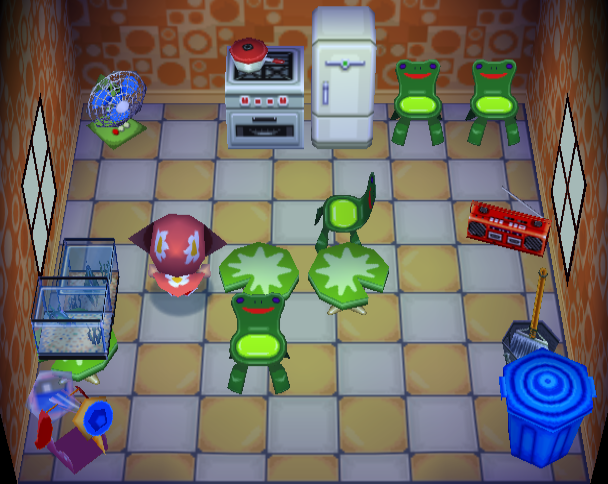 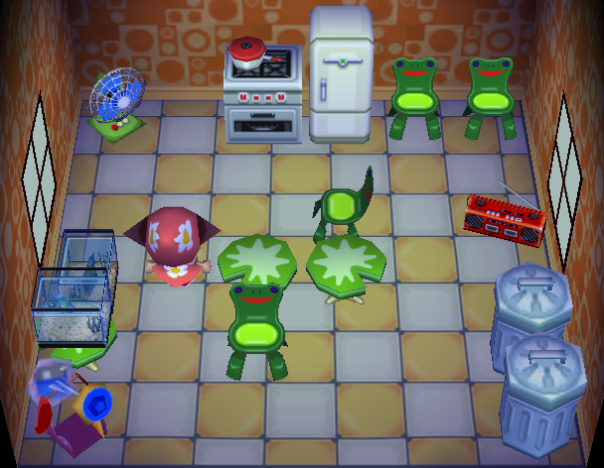 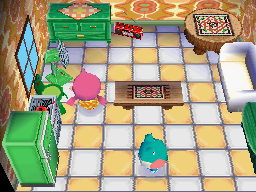 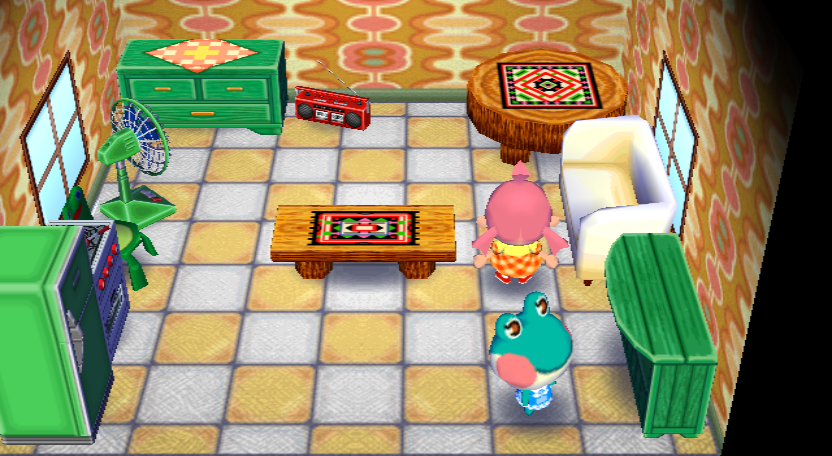 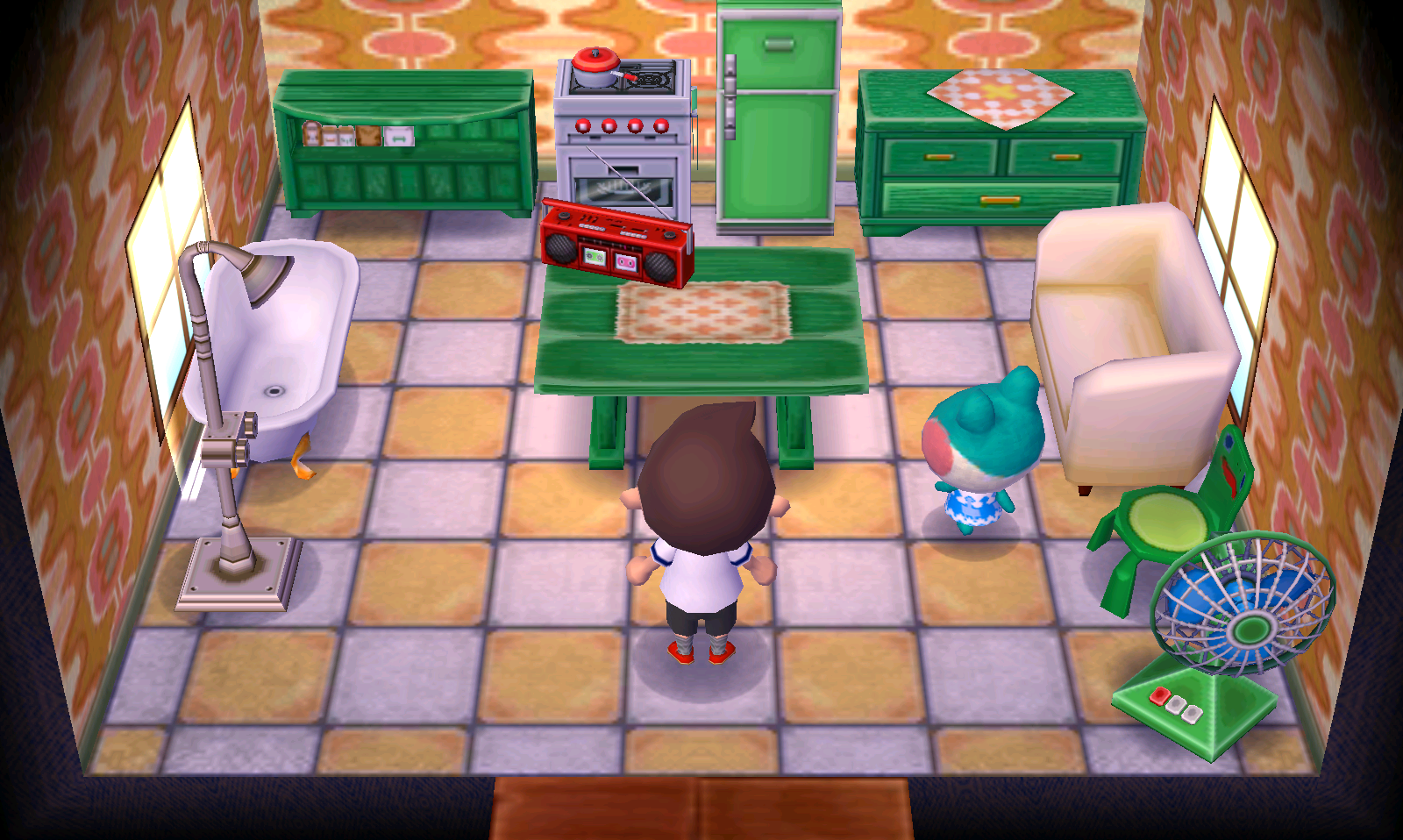 In Animal Crossing: New Horizons, if Lily is one of the villagers who moved in during the main storyline after the villager house development quest, her house will have a combination of non-craftable furniture, plus items crafted by players during the island development storyline, primarily from the Wooden Series. She cannot have her initial house interior unless she moves out of the player's island or the Happy Home Paradise DLC is purchased, in which either the player or Isabelle can reset the interior. 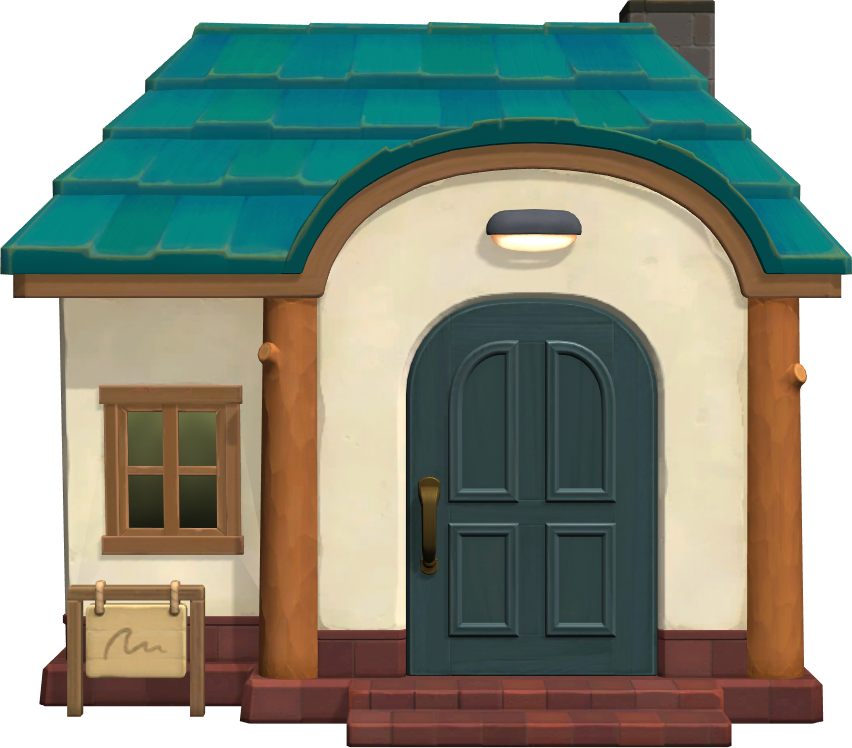 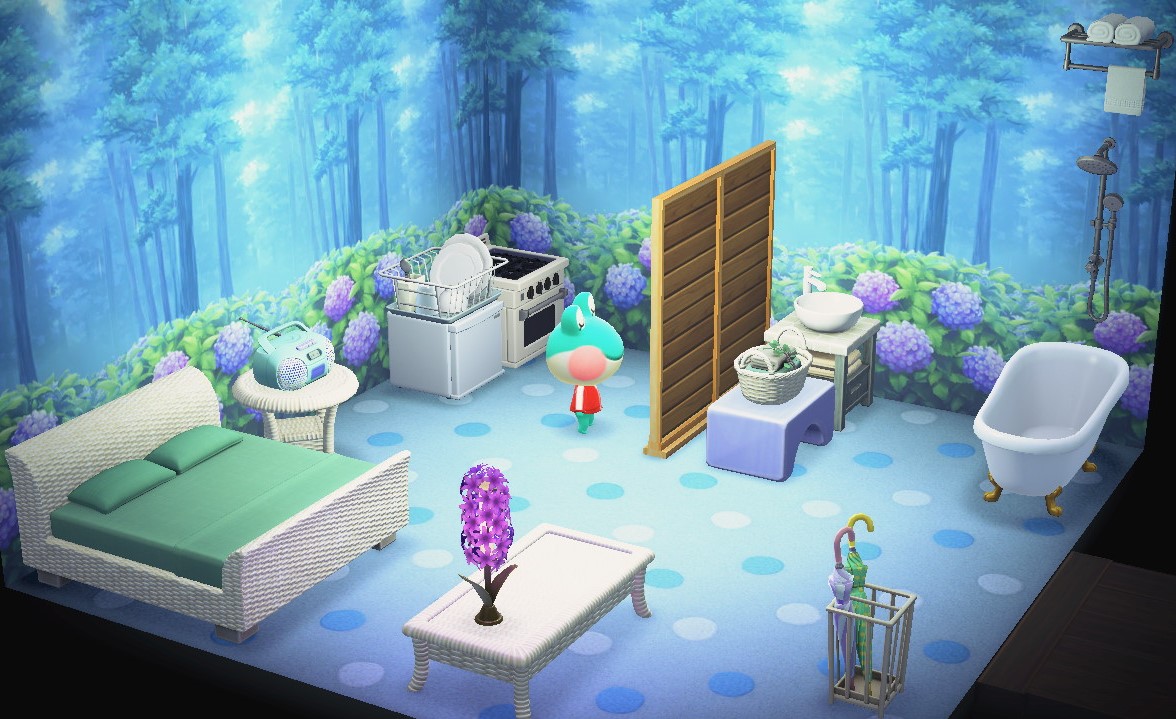 Lily appears in the Nintendo Land game Animal Crossing: Sweet Day as one of the 6 playable characters' costumes. In the game, whoever is player 3 will dress up in a Lily costume.

"This campsite is fully stocked with all sorts of fun activities. Boredom is NOT an option!"
— A Word from Lily, Animal Crossing: Pocket Camp

Lily is one of the 40 villagers in Animal Crossing: Pocket Camp who have been in the game since its release. She and Ribbot both swapped catchphrases in version 1.8.1. 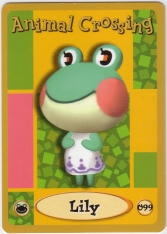 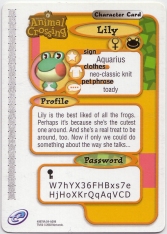 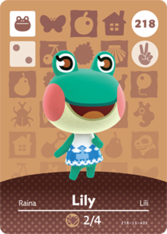