Felicity is a peppy cat villager in the Animal Crossing series. She first appeared in Doubutsu no Mori e+ and has appeared in all subsequent games except Animal Crossing: Wild World. Her name is a standard given name, though it may also be derived from feline.

In New Horizons, Felicity has the fashion hobby and may be seen wearing a pink purse with a white flower on it, as well as a specific headwear or accessory item.

Felicity in Doubutsu no Mori e+.

Felicity is a cat with creamy white fur and reddish-brown hair. She has pink cheeks and big, black eyes staring to the left, while her mouth is continuously smiling in a V shape. Her ears are pink inside, and she has a small red nose.

Felicity has a peppy personality, meaning she is always in a good mood, but also mostly interested in her appearance and what the characters think about her. If players ask her for items (like old wallpaper for Saharah) she can get a bit uppity, implying that she never has old things lying around. If she asks players to do something and they refuse, she will get angry. However, she will quickly forgive them due to her short attention span. Felicity will sometimes like it when players buy her new types of clothing. Felicity has a problem with sometimes gossiping about other villagers.

In Doubutsu no Mori e+, Felicity can only move to the player's town if her e-Reader card is scanned. 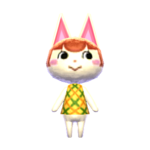 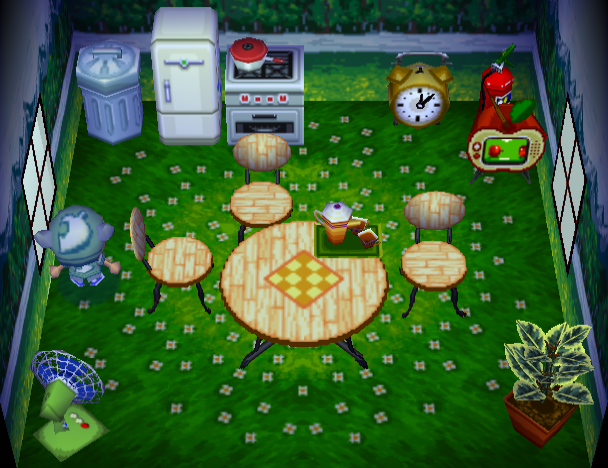 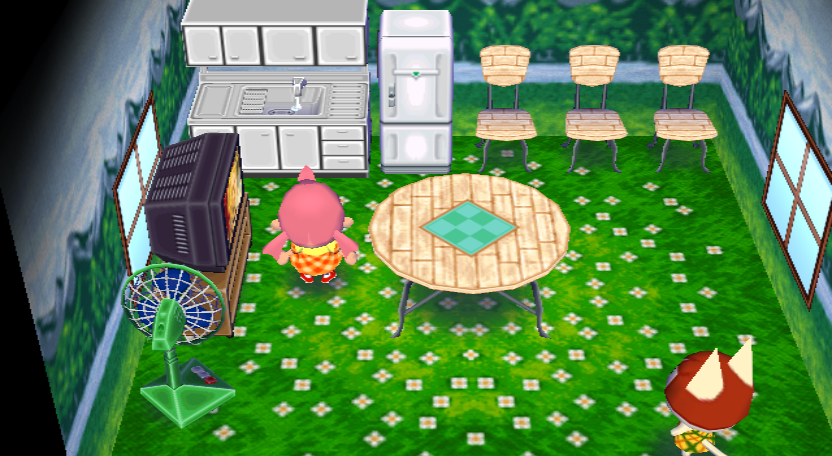 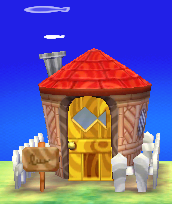 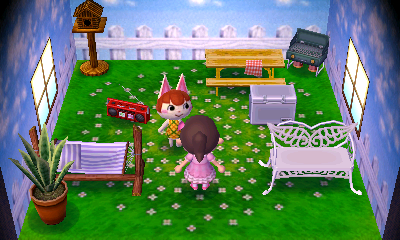 In Animal Crossing: New Horizons, if Felicity is one of the villagers who moved in during the main storyline after the villager house development quest, her house will have a combination of non-craftable furniture, plus items crafted by players during the island development storyline, primarily from the Wooden Block Series. She cannot have her initial house interior unless she moves out of the player's island or the Happy Home Paradise DLC is purchased, in which either the player or Isabelle can reset the interior. 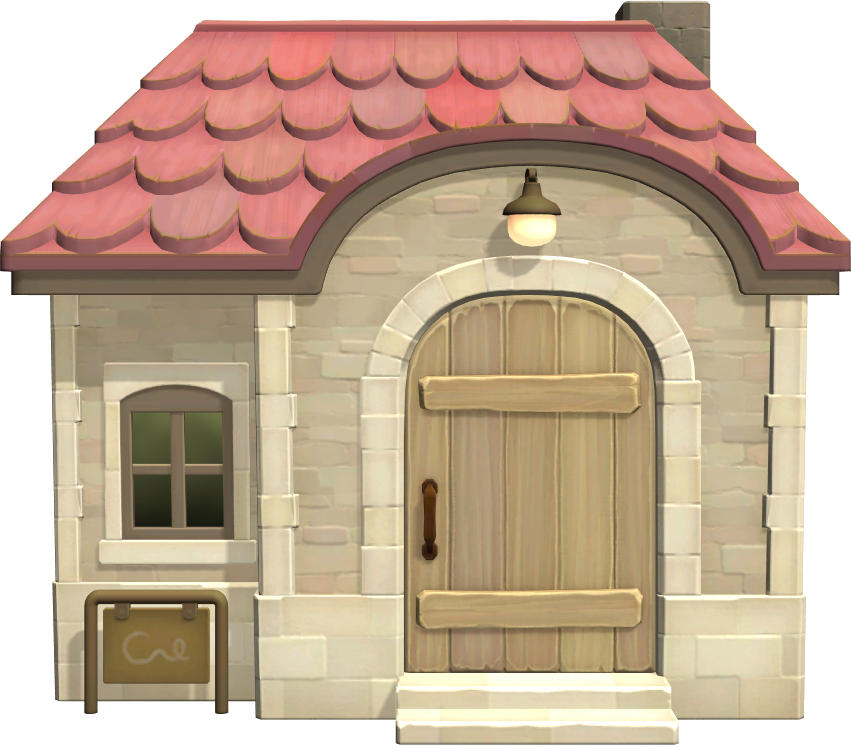 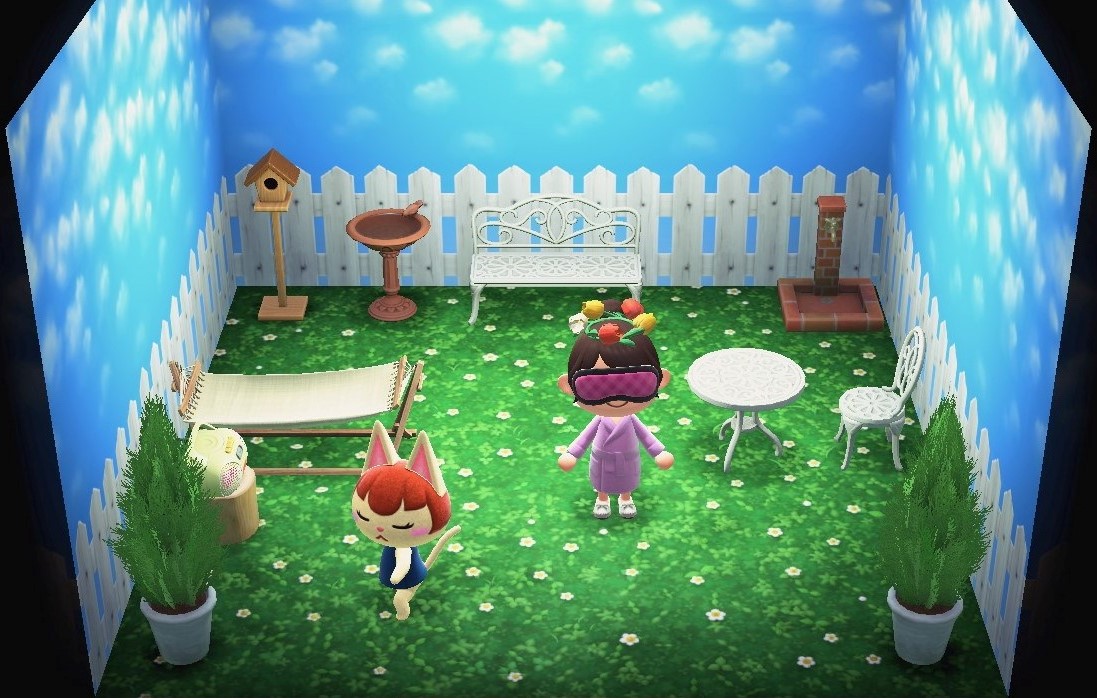 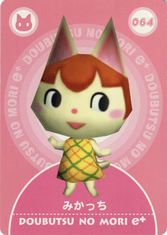 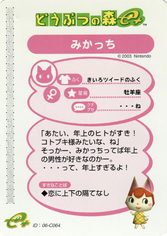 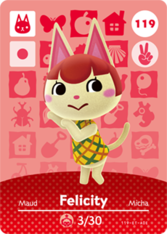