For the villager whose Spanish name is Penelope, see Penny.

Penelope is a peppy mouse villager in the Animal Crossing series. She first appeared in Animal Crossing: New Leaf and has appeared in all subsequent games. Her catchphrase is a reference to her unique lack of ears and instead a bow.

In New Horizons, Penelope has the fashion hobby and may be seen wearing a pink purse with a white flower on it, as well as a specific headwear or accessory item.

Artwork of Penelope from New Leaf.

Penelope is a light gray, almost mint-colored mouse with blonde hair. Her appearance is rather unique for a mouse, as she lacks ears and has a pink bow in their place. She has a dark gray nose, and a perky smile showing her teeth. The tips of her paws and legs are also a dark gray. Her eyes are of an oval shape, she has black pupils and a set of three eyelashes on both her eyes. Her tail is gray up until New Horizons where it is changed to pink.

Penelope is a peppy villager, meaning she is overly energetic, hyper at times and generally happy. She is very friendly, eager to make new friends and as a result, is quite easy to befriend. She loves attention, dancing, popularity and gossiping, but dislikes it when other villagers gossip about her. She is competitive, open about her feelings and talkative, which might cause other villagers to find her annoying. She is quite generous, but is easily angered when disappointed or ignored. 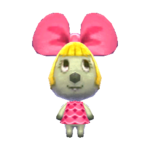 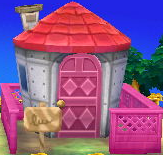 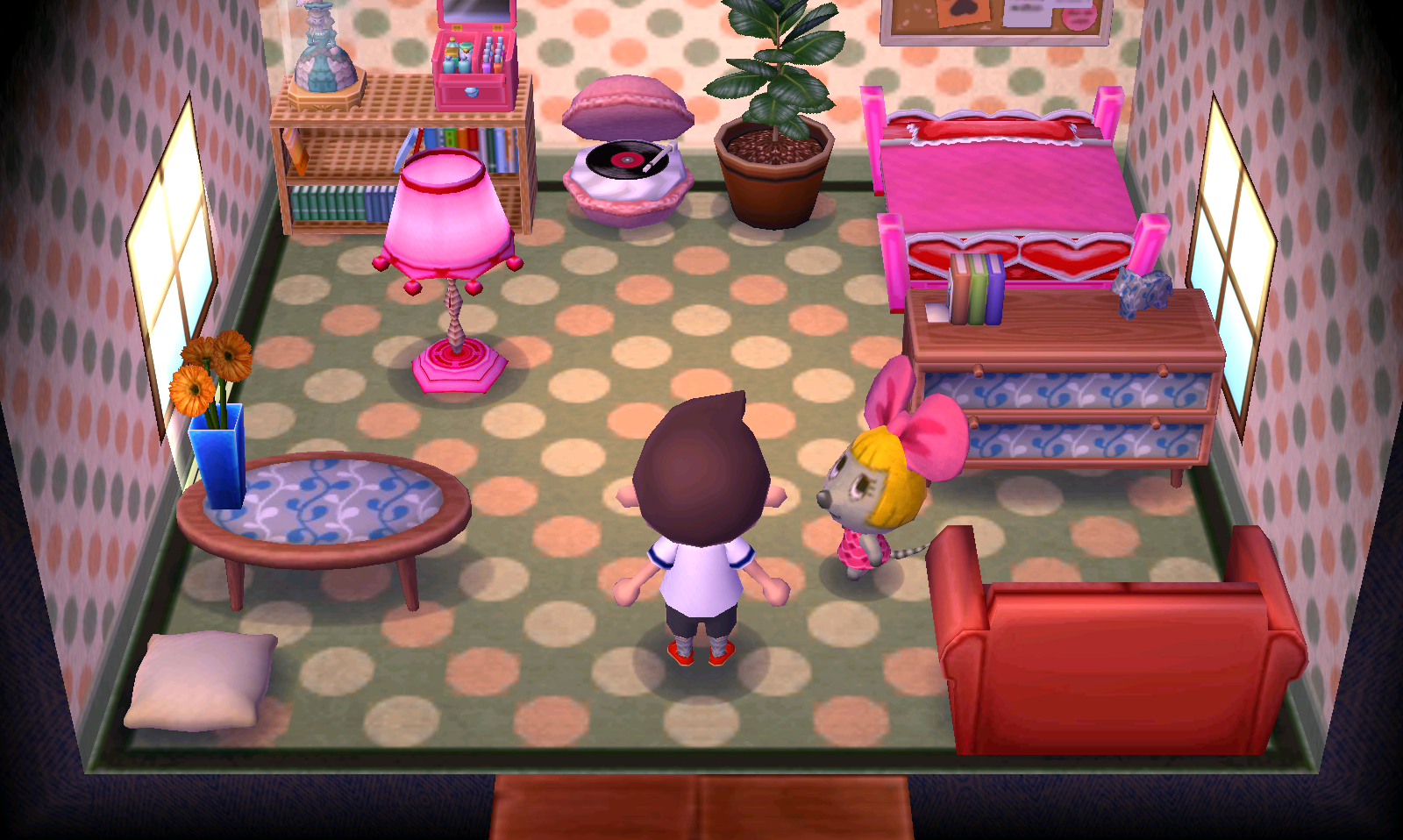 In Animal Crossing: New Horizons, if Penelope is one of the villagers who moved in during the main storyline after the villager house development quest, her house will have a combination of non-craftable furniture, plus items crafted by players during the island development storyline, primarily from the Wooden Block Series. She cannot have her initial house interior unless she moves out of the player's island or the Happy Home Paradise DLC is purchased, in which either the player or Isabelle can reset the interior. 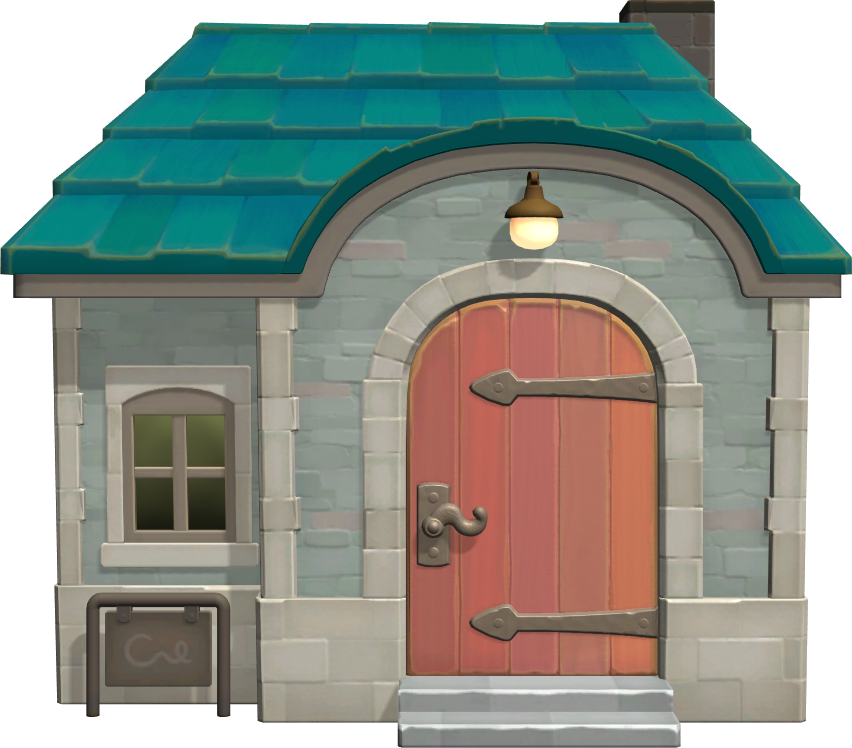 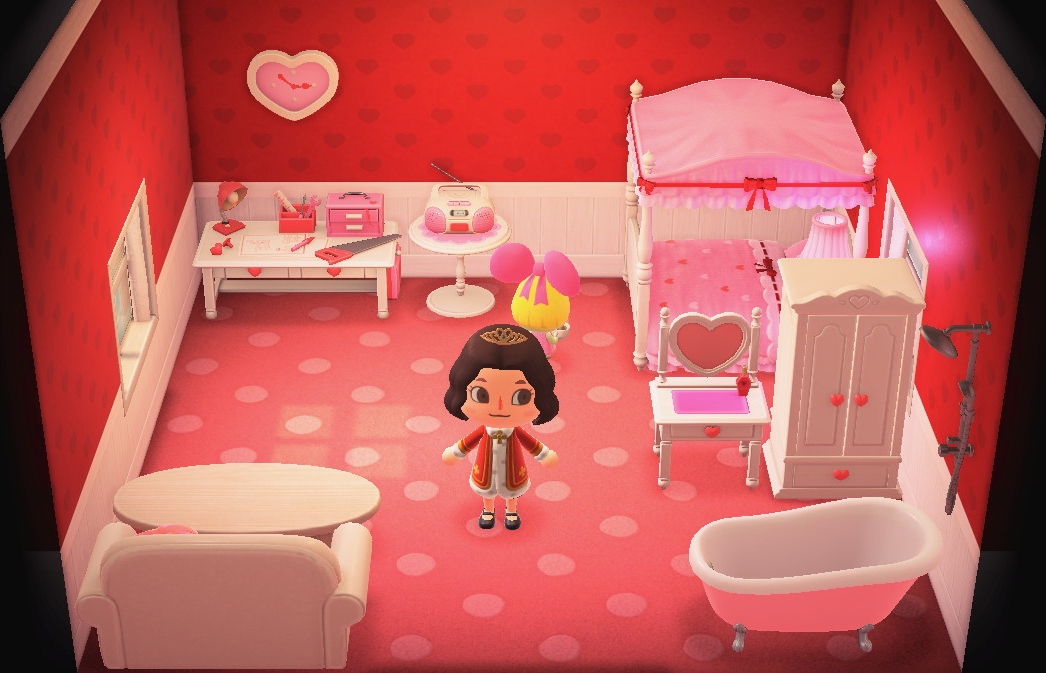 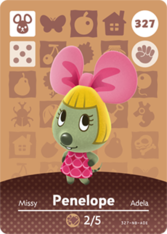