Rizzo is a cranky mouse villager in the Animal Crossing series who appears in all games to date except Animal Crossing: Wild World. His name is based on Rizzo the Rat from The Muppets.

In New Horizons, Rizzo has the education hobby and can be seen wearing rimmed glasses, reading a novel while outside, and using a magnifying glass when near certain objects.

Artwork of Rizzo from Animal Crossing.

Rizzo is a blue mouse with a purple handcloth (or "hokkamuri") around his face. His tail is striped with a darker shade of blue. The inside of his ears are pink. His eyes are half closed and his eyebrows raised, giving him a suspicious look. He is based on the stereotypical Japanese pop culture depiction of a thief, where a handcloth is tied around the nose. His species plays on the Japanese folk hero Nezumi Kozō ("Rat Kid"), a well-known thief who is often compared to Robin Hood. The "thief" connection is further supported by his picture quote and Animal Crossing e-Reader card.

Rizzo is a cranky villager, which means he will appear mature and cynical in conversation. Rizzo, as well as other cranky villagers, will eventually open up to the player, considering them his only friends. He will enjoy the usual hobbies; not for competition, but for relaxing and peaceful reasons of calm and tranquility. He will find it difficult to socialize with peppy villagers, due to their upbeat personality, with which he will appear rude behind their backs to. He will get along with normal and snooty villagers, as well as other cranky villagers, who he will share deeper conversations with. He will, on occasion, annoy a normal villager, usually when being mean about something or someone. When he is sick, he will insult the illness.

In Animal Crossing, Rizzo cannot be one of the starting villagers in the player's town.

In Animal Crossing: New Leaf, Rizzo's goal of "police officer" ironically contrasts with his design being based on a thief. 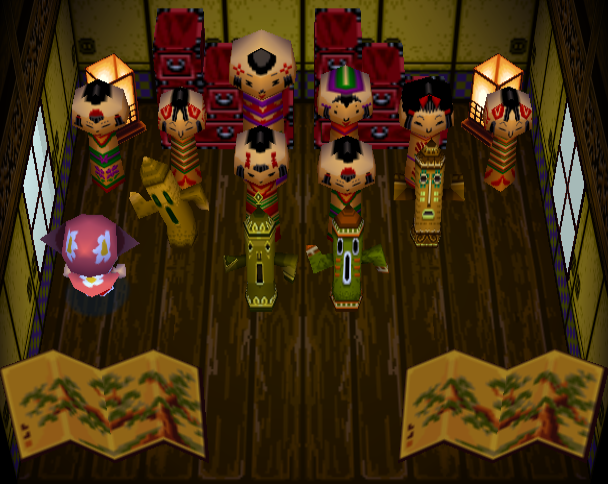 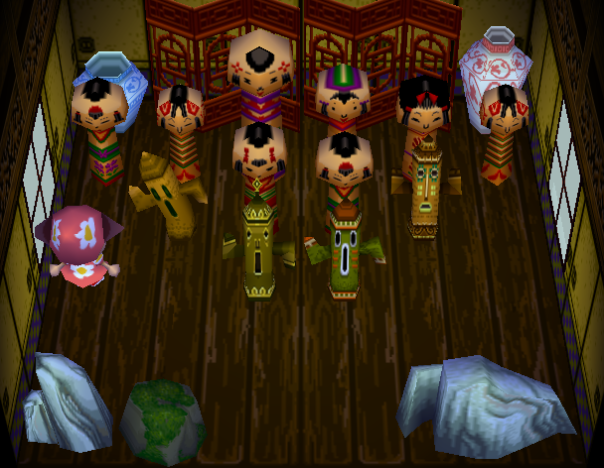 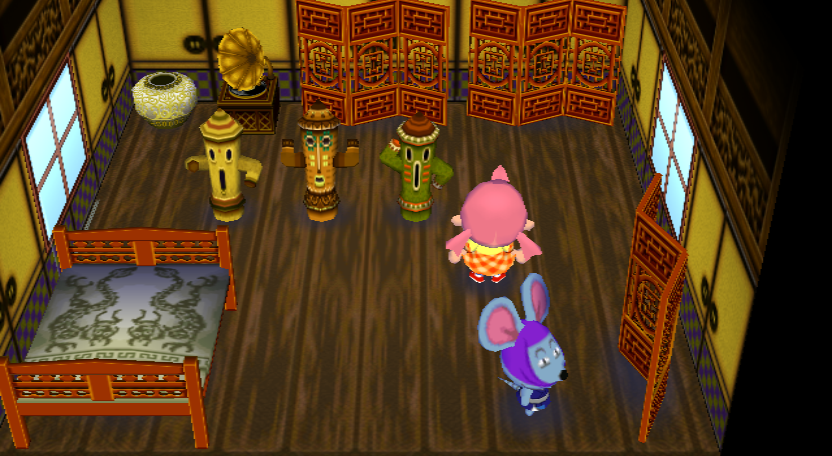 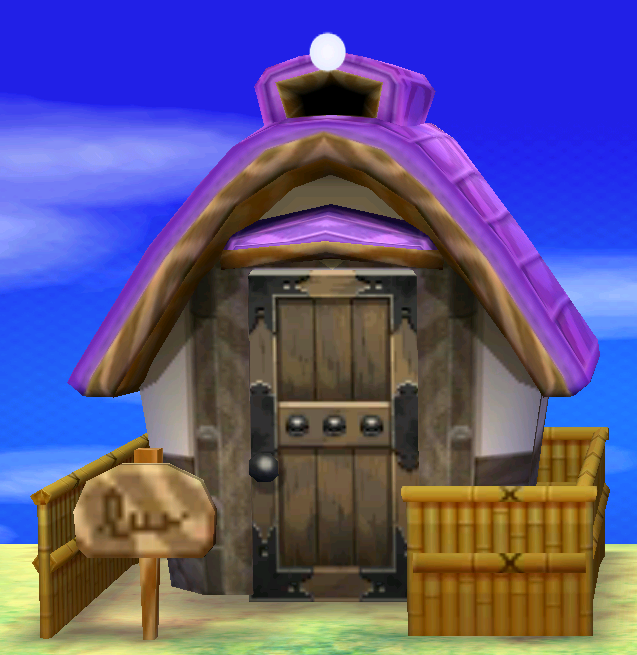 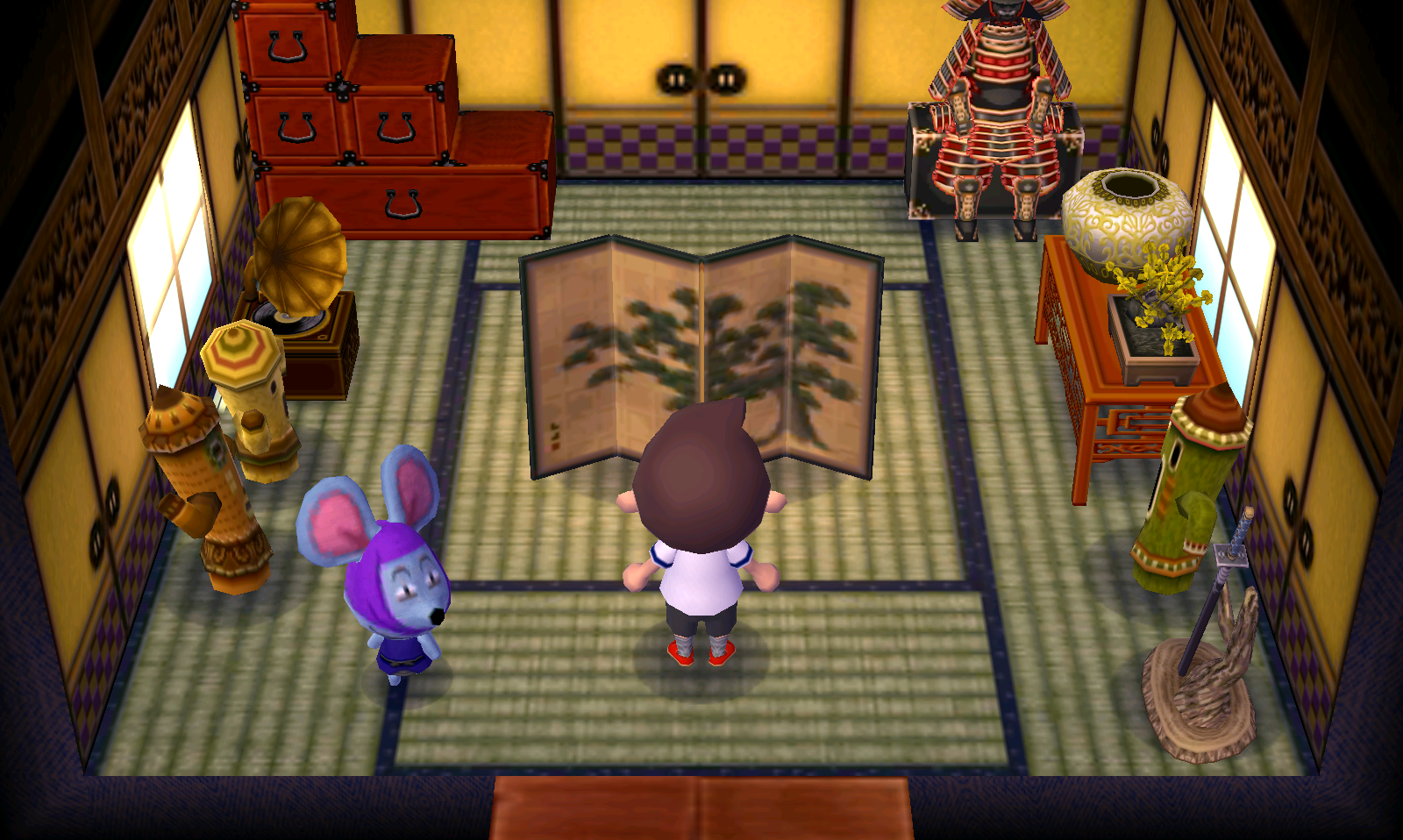 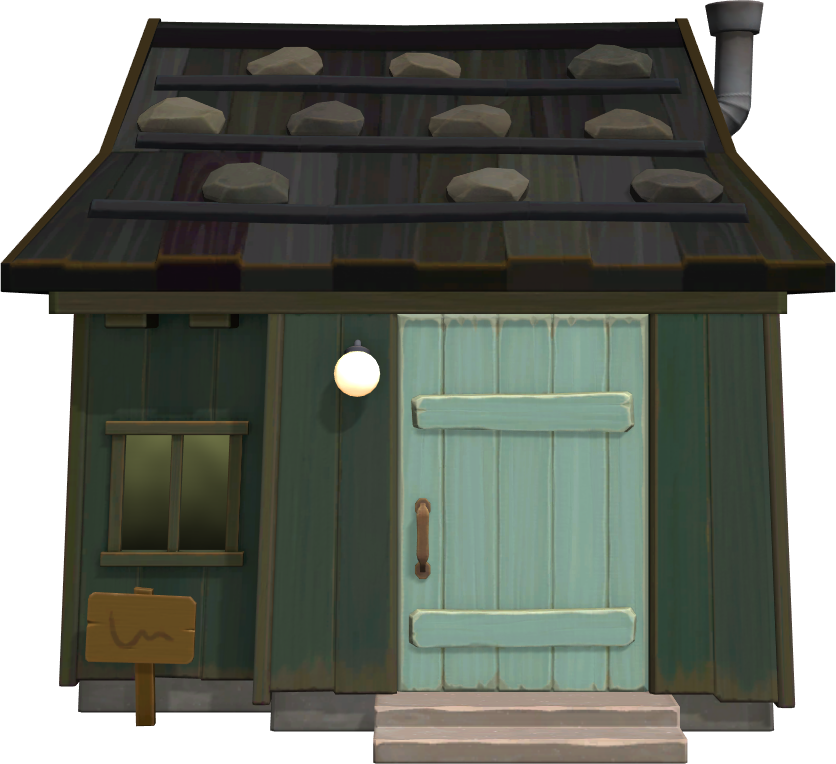 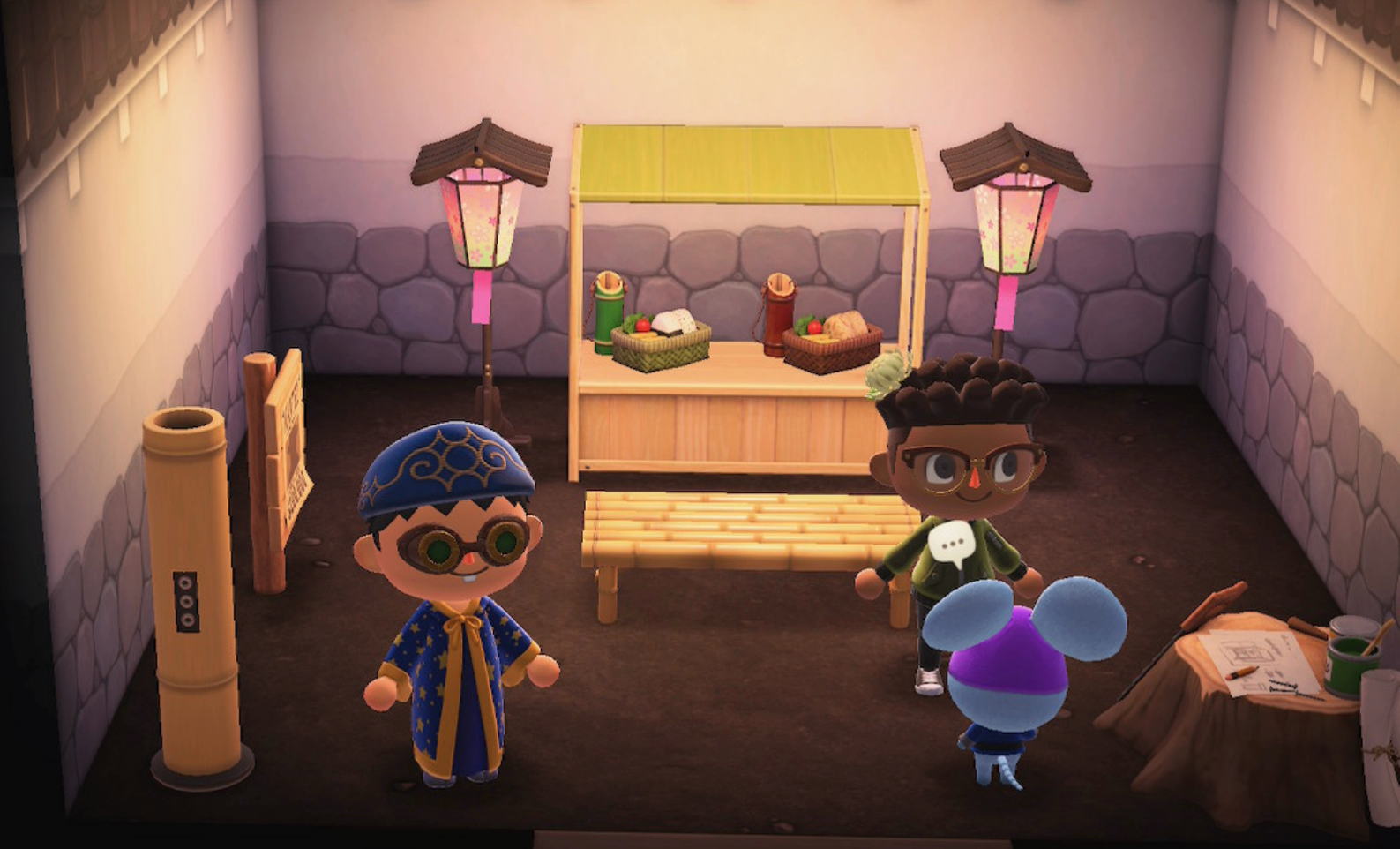 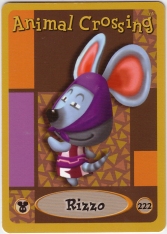 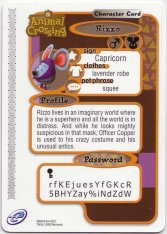 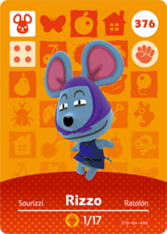