Cesar is a cranky gorilla villager in the Animal Crossing series who appears in all games to date. He also appears as a minor character in 🎬 Gekijōban Doubutsu no Mori, where he is friends with Cyrano, another cranky villager. His name may come from Caesar, the ape leader from the Planet of the Apes series.

In New Horizons, Cesar has the fitness hobby and will wear sporty shades and lift heavy dumbbells while exercising.

Artwork of Cesar from Animal Crossing.

Cesar is an orange-skinned gorilla with black fur, whose black facial hair is in the form of a handlebar mustache.

As a cranky villager, Cesar will appear mature compared to other personality types. This will make him appear belittling and insensitive to other villagers, including the player. He will enjoy the usual hobbies, but for relaxation and peace than competition. He will find it difficult to socialize with peppy villagers, who he will criticize when talking to other villagers. Cesar in fact finds it difficult to socialize with any other personality including other cranky villagers. Sometimes he will appear somewhat friendly especially towards the player but this is rare.

All hail my moustache! 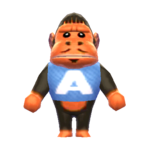 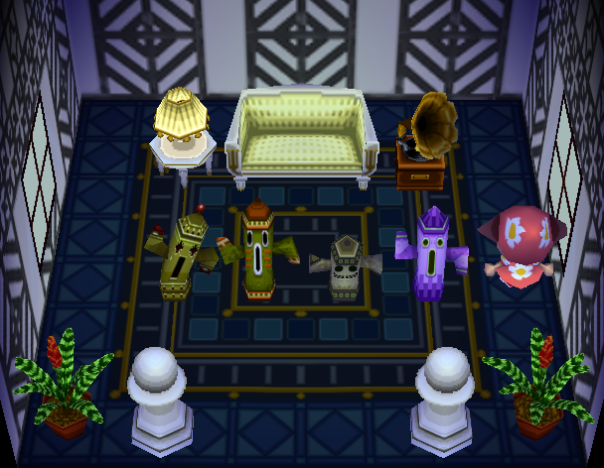 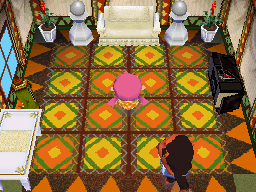 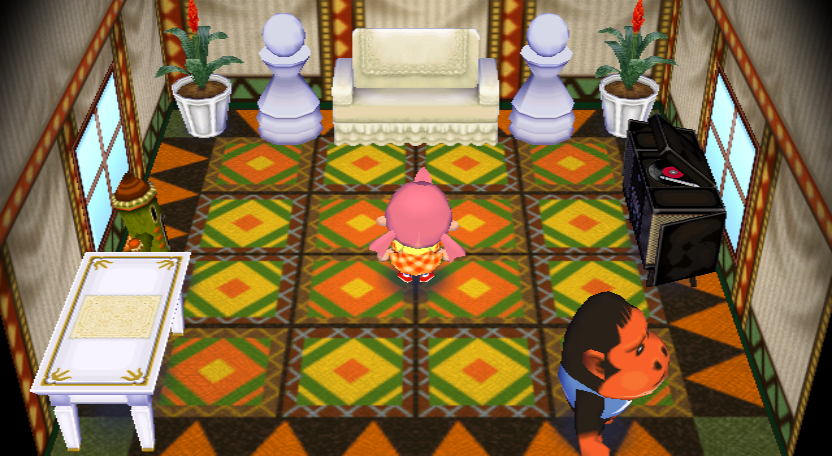 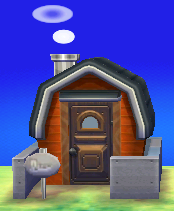 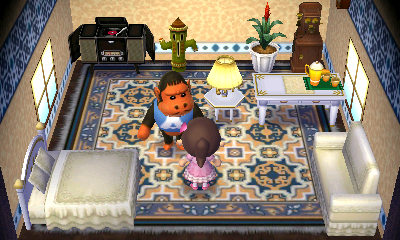 From the initial release of Animal Crossing: New Horizons until version 1.5, Cesar owned a Pot Rack within his inventory. However, it did not properly display within his house, due to a glitch where certain types of wall-mounted furniture in a villager's house would not be displayed if they were too close in proximity to furniture on the floor. Although the glitch was patched in version 1.6.0, Cesar's Pot Rack was completely removed along with it. Even though it was impossible to view Cesar's Pot Rack within the game itself, the official Animal Crossing Instagram displays the Pot Rack.[1] 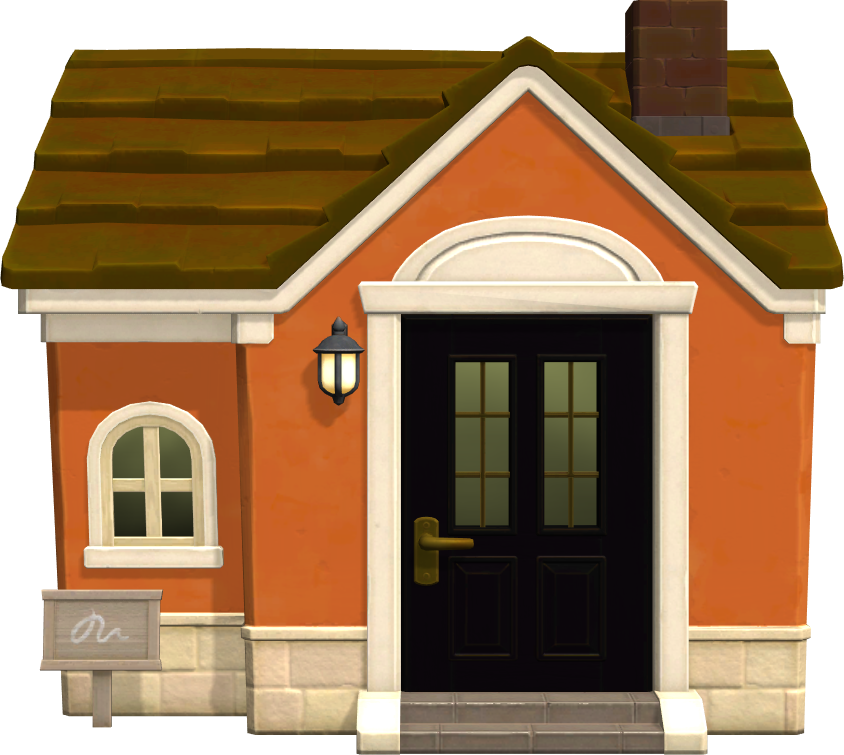 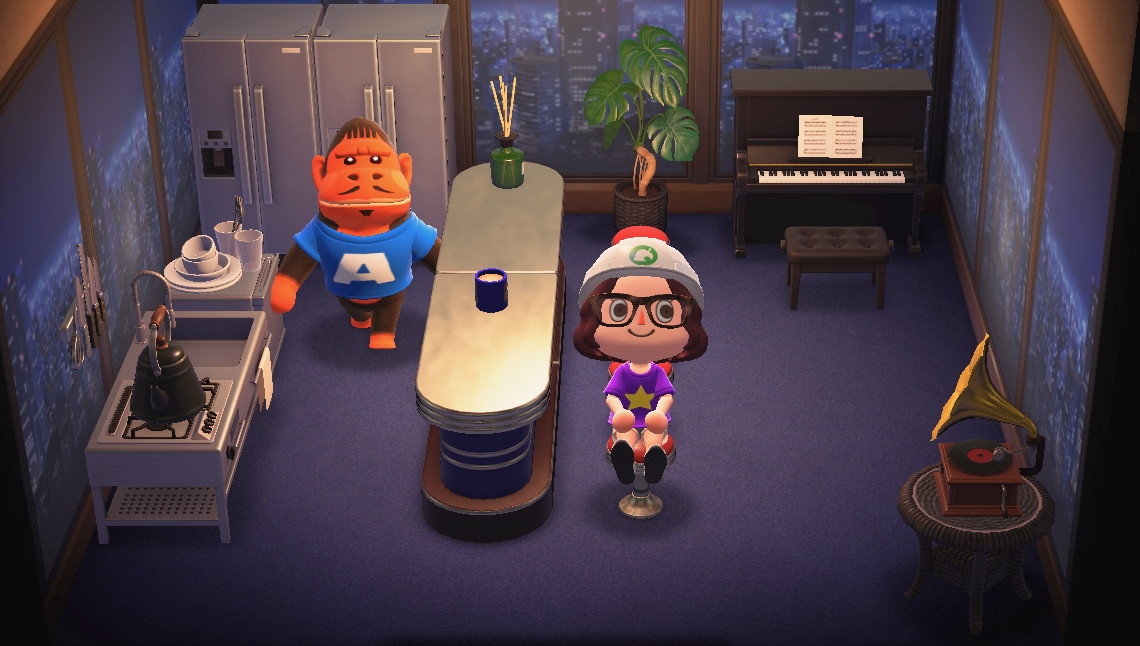 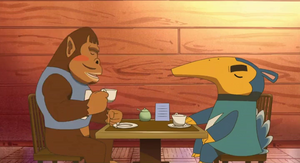 Cesar with Cyrano in The Roost in Gekijōban Doubutsu no Mori

Cesar plays a minor role in 🎬 Gekijōban Doubutsu no Mori, where he is friends with Cyrano.

In the film, Cesar is less cranky than in the Animal Crossing games. Also, he has brown fur with light brown skin, unlike in the series where he has black fur with orange skin. He is a minor character, appearing only a few times during the movie. He is voiced by Kazuya Tatekabe. He goes by his Japanese name, Alan, which starts with an "A," the letter on his shirt. Cesar's outfit remains mostly consistent throughout the movie, except the beach scene where he wears a red aloha shirt and a green kimono at the Fireworks Festival.

Cesar makes his first appearance in The Roost, drinking coffee at a table with Cyrano. He later appears at the beach and during the Fireworks Festival, listening to K.K. Slider play "K.K. Bossa." He also appears in the Pitfall Seed scene, getting trapped in one of Yū and Alfonso's pitfalls. He and Cyrano had a pitiful predicament, trying to get out of the pitfalls. He, along with Cyrano and everybody else, also show up at the UFO scene. He offers to help Apollo and Cyrano search for one of Gulliver's UFO parts in the mountains. 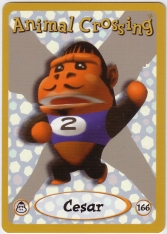 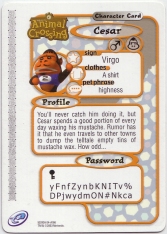 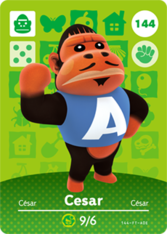