For the villager whose Japanese and Korean name is Champ, see Mac.

Champ is a brown monkey very similar in appearance to Porter, a monkey that runs the train station in every first-generation Animal Crossing game and Animal Crossing: New Leaf. In Animal Crossing: Wild World (as well as the film), he lacks the point of fur on the top of his head.

As a jock villager, Champ is energetic and has an interest in physical fitness and activity. He often talks about exercise or sports and may brag about his physical fitness. While often friendly to the player, he may comment on their fitness. During conversations with other villagers, he generally gets along well with peppy villagers due to their similar hyper personalities, while he may offend snooty villagers by critiquing their fitness and annoy cranky villagers with his hyper personality. Champ usually goes to sleep at 12:00 AM and wakes up at 6:30 AM.

Champ, like all monkey villagers in Animal Crossing: Wild World, can only move to the player's town after being distributed via a promotional Game Card.

You'll never get THIS monkey off your back!

In Animal Crossing: City Folk, Champ cannot be one of the starting villagers in the player's town. 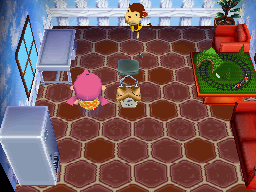 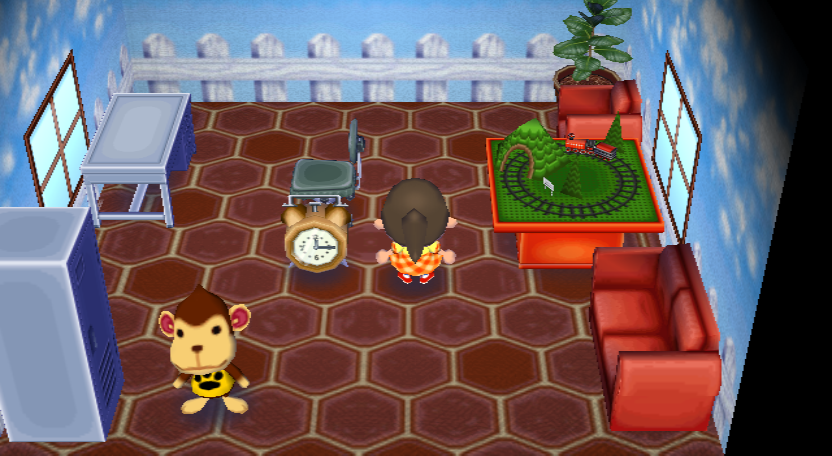 Artwork of Champ from Gekijōban Doubutsu no Mori

Champ appears as a minor character in 🎬 Gekijōban Doubutsu no Mori. He is usually shown running or lifting weights. During the search for Gulliver's spaceship parts, Champ goes to the woods and finds one of the parts.