Inkwell is a jock octopus villager in Animal Crossing: New Leaf - Welcome amiibo. Inkwell references Splatoon and is one of several villagers introduced in the Welcome amiibo update that references other Nintendo franchises. His birthday is the same date Splatoon introduced the Ranked Battle feature in an update. Inkwell's name refers to the ink that octopuses produce, a major gameplay element in Splatoon. Likewise, his Japanese name contains sumi, "ink." His catchphrase, "splat," is Splatoon truncated. His favorite saying includes a pun on sucker, a reference to the suckers on the tentacles of his species.

Inkwell's design is based on an Inkling squid from Splatoon. He is an orange octopus with dark orange stripes on the back of his head and tentacles. The bottom of his tentacles are white. His eyes are right next to each other, almost making him appear as having one large eye with two pupils. He has a large brow and the underside of his eyes has a thick, dark outline.

Inkwell is a jock villager, which means that he will enjoy sports and exercising. He will get along with peppy, big sister, cranky, and other jock villagers, but will conflict with lazy villagers' laid-back lifestyle. He also may have trouble getting along with snooty villagers as well.

In Animal Crossing: New Leaf - Welcome amiibo, Inkwell's skill of "defending territory" is a reference to Splatoon gameplay, which typically involves capturing and defending territory in game modes such as Turf War and Splat Zones. His goal of "squid" is a reference to the two competing factions in the first Splatoon game: Octolings, the antagonistic faction that can transform into octopuses, and Inklings, the more peaceful faction who can transform into squids. Inkwell's species as an octopus represents being an Octoling, and his goal of "squid" represents wanting to become an Inkling, as confirmed in his RV description.

A sucker is born every minute. 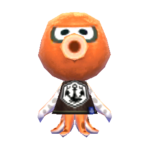 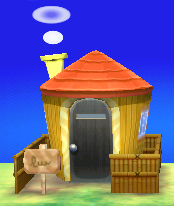 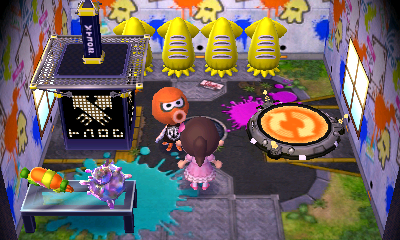 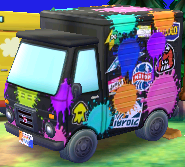 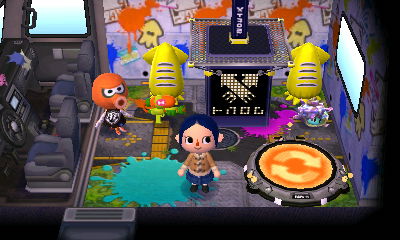