For the villager whose German name is Pierre, see Jacques.

Pierre (ピエール, Piēru?) is a jock cat villager in Doubutsu no Mori e+. He can only move into town after scanning his e-Reader card, which was exclusively bundled with Media Factory's "Doubutsu no Mori e+ Card Official Collection File." His name, the French form of Peter, may be derived from the Japanese word for clown (ピエロ, piero?), which in turn comes from Pierrot, a type of clown character.

Pierre is a white cat with mime-like markings on his face. The inside of his ears is pale orange colored and he has a blonde tuft of hair, along with black stripes on his arms and feet.

Pierre is a jock villager, despite his appearance resembling a lazy villager. Being a jock, Pierre obsesses with fitness and keeping healthy, while subtly criticizing other villagers. Specifically, this can cause conflict with snooty and cranky villagers, the former of which taking the most offense. 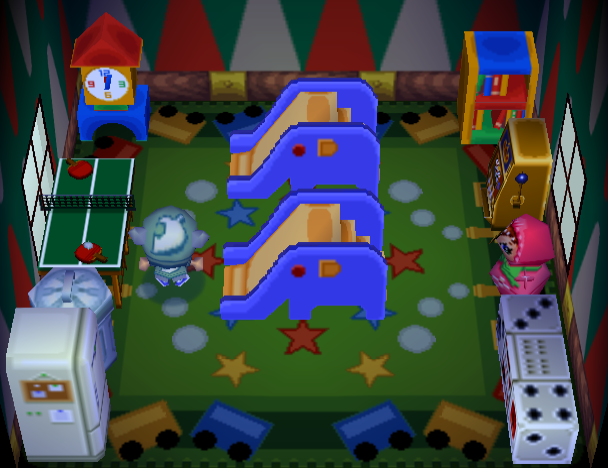 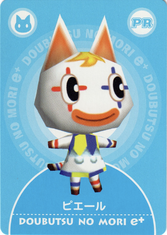 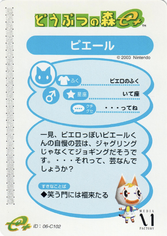