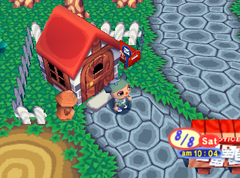 Players assume the role of a human setting out for a life of their own in a town of anthropomorphic animals. Each town is randomly generated, ensuring that no two players' experiences are exactly the same. Gameplay within each village is open-ended allowing players to engage in a variety of activities that suit their playstyle. Players can pick fruit, grow trees, garden, hunt for fossils and fish, catch insects, do favors for the villagers, or decorate their homes. The game runs in real time, and gameplay is affected by the time of day and year; as the Nintendo 64 lacks a built-in internal clock, time is kept via a chip inside the Game Pak powered by a CR2032 battery, allowing the clock to continue running even when the game is turned off. If the battery dies or is removed, the clock is reset to January 1, 2000. The game save is stored on a non-volatile flash memory chip, so it is not affected by the clock battery. 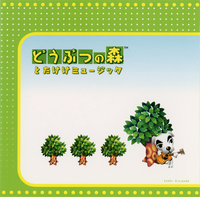 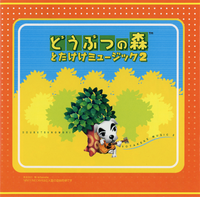 Both releases of Doubutsu no Mori: Totakeke Music