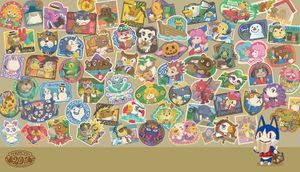 Special characters, also known as special animals, are non-villager characters in the Animal Crossing series that fulfill a variety of functions, including owning or running various establishments, hosting events, and providing access to exclusive items.

These characters all live and work on Tortimer Island in New Leaf.