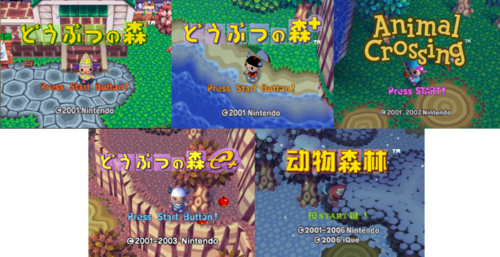 The title screens for the five different versions.

The first generation of games in the Animal Crossing series refers to the first few games based on the original Doubutsu no Mori, which were released between 2001 and 2006 and all use the same game engine and share much of the same assets and gameplay. While Animal Crossing was the only one of these to see a release in the west, there are five distinct versions of what Nintendo considers three different game titles.

Briefly, the five versions are: