Masa (マサ, Masa?) is a jock dog islander in Doubutsu no Mori e+. He can only move to Animal Island if his e-Reader card is scanned. According to his e-Reader card profile, he has a fascination with fishing, and is a fishing buddy of Ace.

Masa is a brown dog who wears a black cap. He has light brown around his mouth, with black details. His mouth has a mustache shape to it, and it is red.

Masa is a jock islander, acting energetic, competitive, and obsessed with exercising. This makes Masa easy to get along with, and will easily befriend other villagers as well. Despite this, he will express confusion for lazy villagers, who have an opposing personality, and will clash with snooty villagers by criticizing their appearance.

As an islander, Masa's house in Doubutsu no Mori e+ will begin with only one furniture item, along with the exotic wall and bamboo flooring. He will request specific items for the player to give to him, which he will place in his house. After he places five items in his house, he will upgrade his flooring. Even though all of the other islanders upgrade their wallpaper after placing two items in their houses, Masa's wallpaper remains the same. Dobie requests for the same items as Masa, although his house has different wallpaper and flooring. 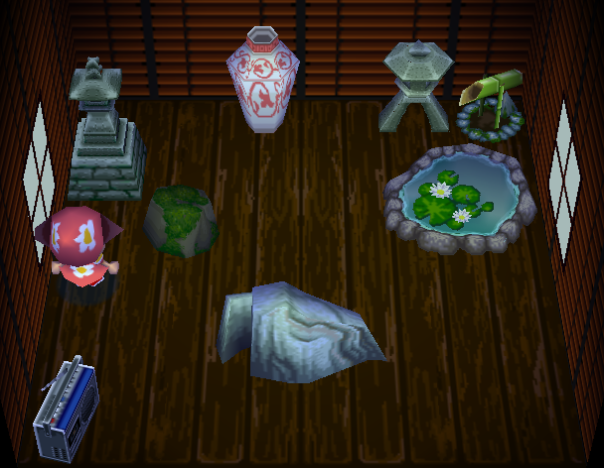 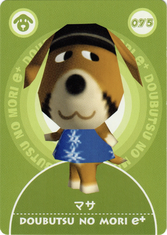 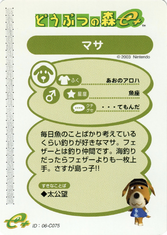