This article is about the horse villager. For the anteater villager with a similar name, see Annalisa.

Annalise is a snooty horse in the Animal Crossing series. She first appeared in Doubutsu no Mori+ as an islander, and after her appearance in Doubutsu no Mori e+, she remained absent from the series until Animal Crossing: New Leaf, where she returns as a villager. Her name may be a pun on "ânesse," a French word referring to a female donkey, relating to her species. Her Japanese catchphrase, ça va, is a French phrase that literally means "it goes" and is generally used to ask "how are you?"

In New Horizons, Annalise has the fashion hobby and may be seen wearing a pink purse with a white flower on it, as well as a specific headwear or accessory item.

Artwork of Annalise from Animal Crossing.

Annalise is a brown horse with a lighter brown muzzle and pink mane matching her tail. She has eyelashes and eyeshadow the same color of her muzzle around her eye, as the inside of her ears are pink and her hooves are white. She wears a yellow flower in her hair.

Annalise is a snooty villager, meaning she enjoys fashion and talks of it constantly. As a result, this makes her appear arrogant and big-headed, sometimes unintentionally insulting the player, or even intentionally. Lazy villagers, who do not care for outward appearance, will offend Annalise, while jock villagers will offend her by questioning her appearance. Annalise, however, will get along just fine with cranky villagers and other snooty villagers, as well as normal and peppy villagers on occasion, although she is sometimes annoyed by the honest nature of the latter. 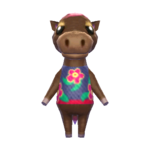 As an islander, Annalise's house in Animal Crossing will begin with only one furniture item, along with the exotic wall and bamboo flooring. She will request specific items for the player to give to her, which she will place in her house. After she places two items in her house, she will upgrade her wallpaper, and after she places five items, she will upgrade her flooring. Frank requests for the same items as Annalise, although his house has different wallpaper and flooring. 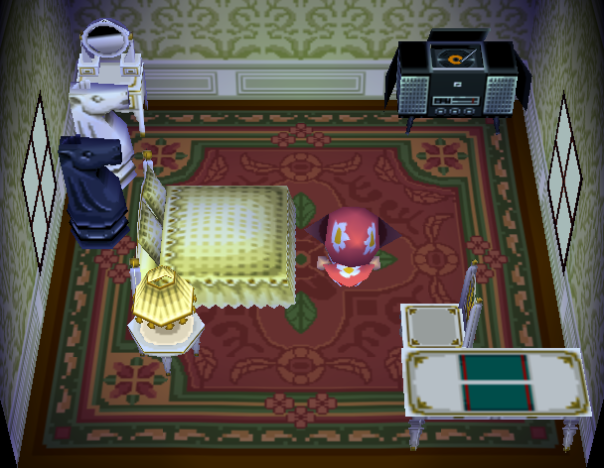 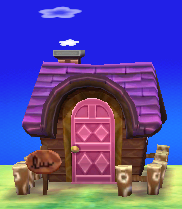 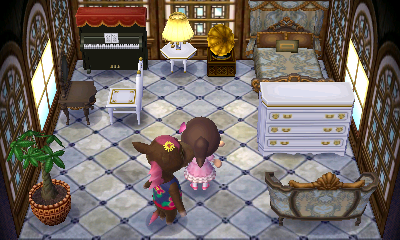 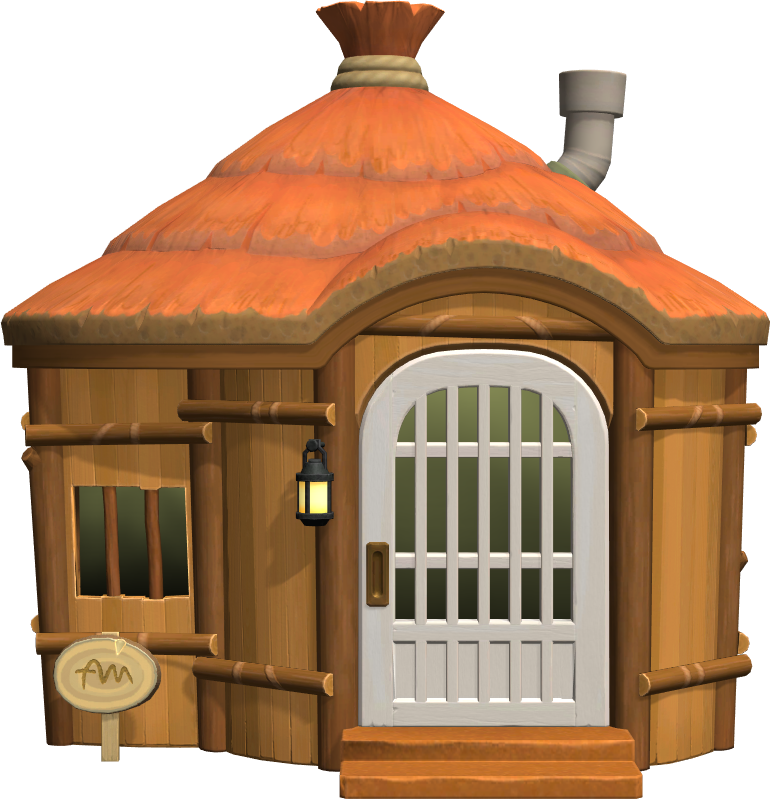 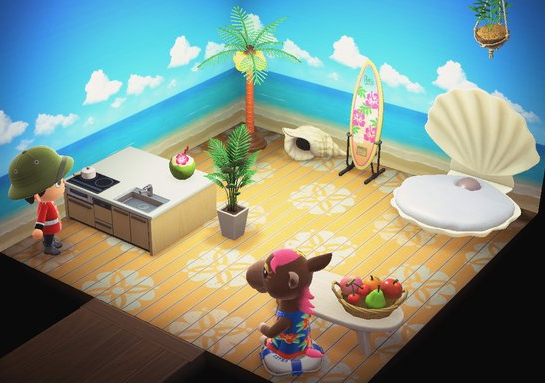 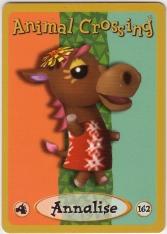 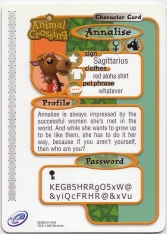 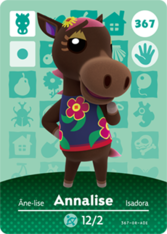