In New Horizons, Canberra has the play hobby and can run around with her arms extended at any time, rather than only outside Resident Services during a scripted activity with a group of villagers.

Artwork of Canberra from New Leaf.

Canberra is a koala with tanned skin, brown hair and eyebrows, a light brown nose, and large, dark red cheeks. She also has large, round, light blue eyes. The tips of her paws and the inside of her ears are white. She bears large similarities to another koala villager, Melba.

Canberra acts as a big sister, meaning that while she may have some attitude, she also acts caring and forgiving toward the player. She also considers herself as a tomboy. She shows herself to be competitive, enjoying fighting and engaging in "turf wars". She will get along with normal villagers due to sharing a kind nature, lazy villagers for their relaxed views on life, peppy and jock villagers for their shared competitive nature, and their male counterparts, the smug villagers. She may not get along too well with snooty and cranky villagers due to their habit of spreading gossip. She, like all other big sister villagers will wake up at 9:30 AM and fall asleep at 3:00 AM.

In Animal Crossing: New Leaf, Canberra cannot be one of the starting villagers in the player's town. 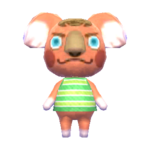 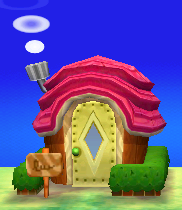 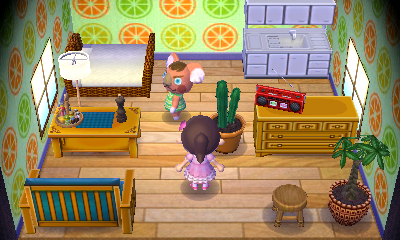 In Animal Crossing: New Horizons, if Canberra is one of the starter villagers, her house will have craftable items primarily from the Wooden Block Series. She cannot have her initial house interior unless she moves out of the player's island or the Happy Home Paradise DLC is purchased, in which either the player or Isabelle can reset the interior. 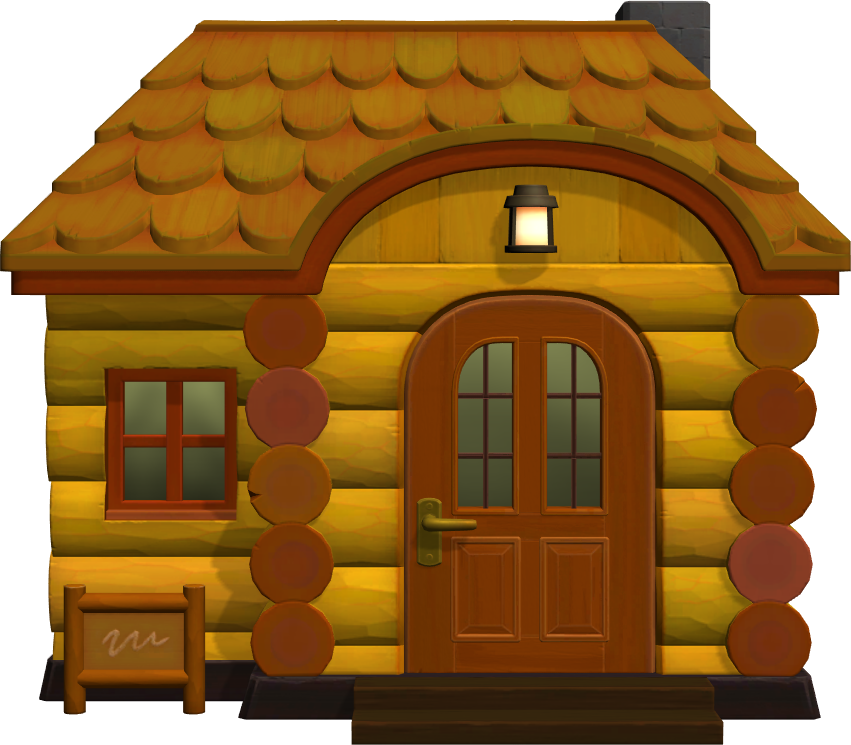 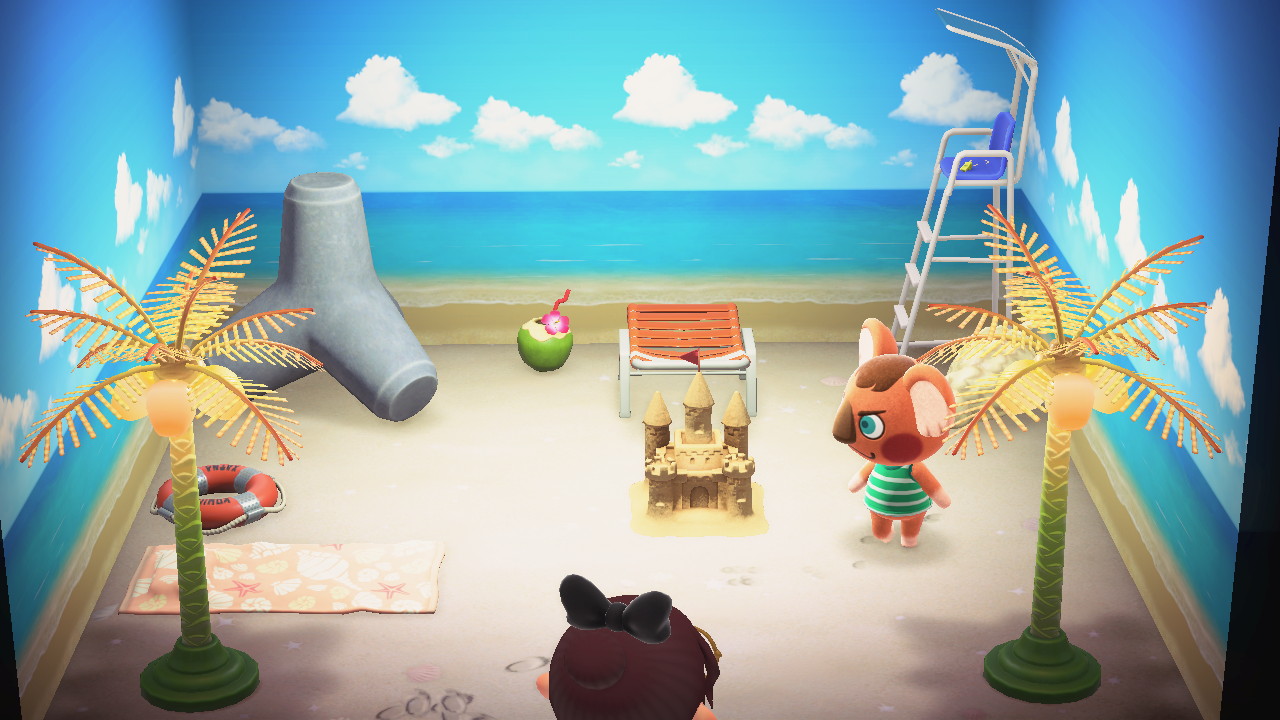 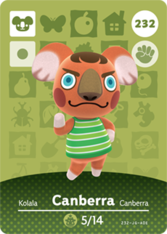