Diva is a big sister frog villager in the Animal Crossing series. She first appeared in Animal Crossing: New Leaf and has appeared in all subsequent games. She is the only big sister frog. Her name originates from a term for a celebrated female opera singer, which is nowadays more commonly used for women in theater, cinema, and popular music. It is also a name of Sanskrit origin which translates to "day." Likewise, Diva's appearance could be based on the pignose frog, a purple species of frog native to India.

In New Horizons, Diva has the fitness hobby and will wear sporty shades and lift heavy dumbbells while exercising.

Artwork of Diva from New Leaf.

Diva is a purple frog with dark purple hair and prominent eyelashes. She has pink eyes, light purple lipstick, and sky blue eyeshadow. She also has dark purple hands and feet.

As a big sister villager, Diva will act like a big sister to the player. While she can be blunt and is not afraid to speak her mind, she is also concerned about the player and will help them out on many things, such as giving advice. She is tomboyish, but gets along well with most villagers, especially lazy villagers and jock villagers. She will not get along well with snooty or cranky villagers, however, due to their habit of spreading gossip.

In Animal Crossing: New Leaf, Diva cannot be one of the starting villagers in the player's town. 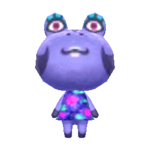 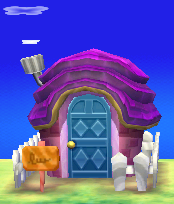 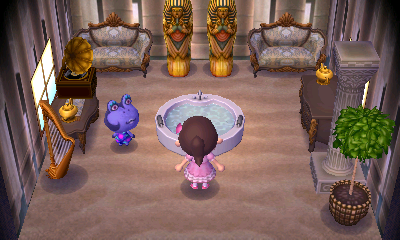 In Animal Crossing: New Horizons, if Diva is one of the starter villagers, her house will have craftable items primarily from the Wooden Block Series. She cannot have her initial house interior unless she moves out of the player's island or the Happy Home Paradise DLC is purchased, in which either the player or Isabelle can reset the interior. 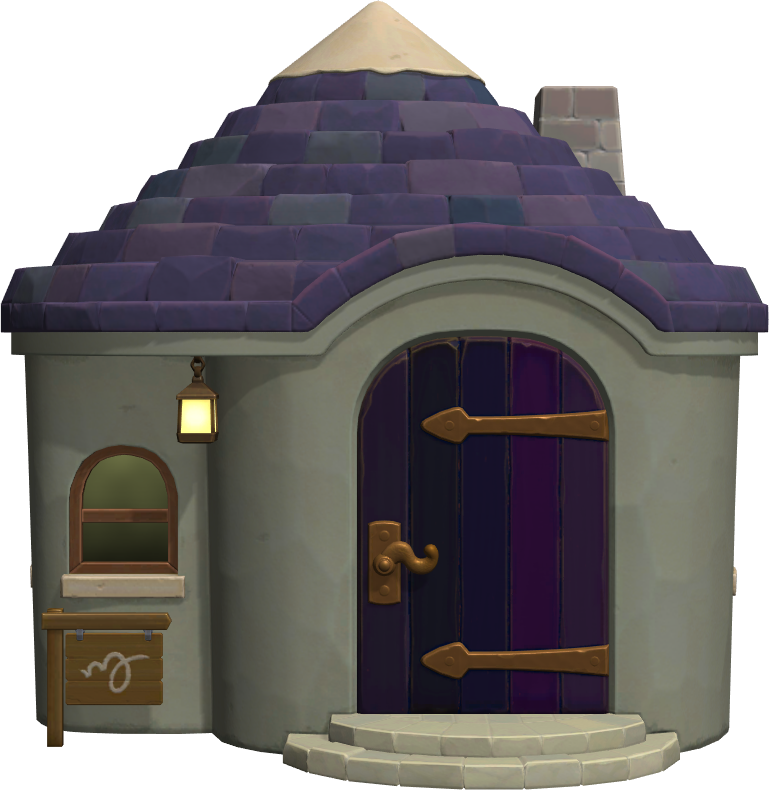 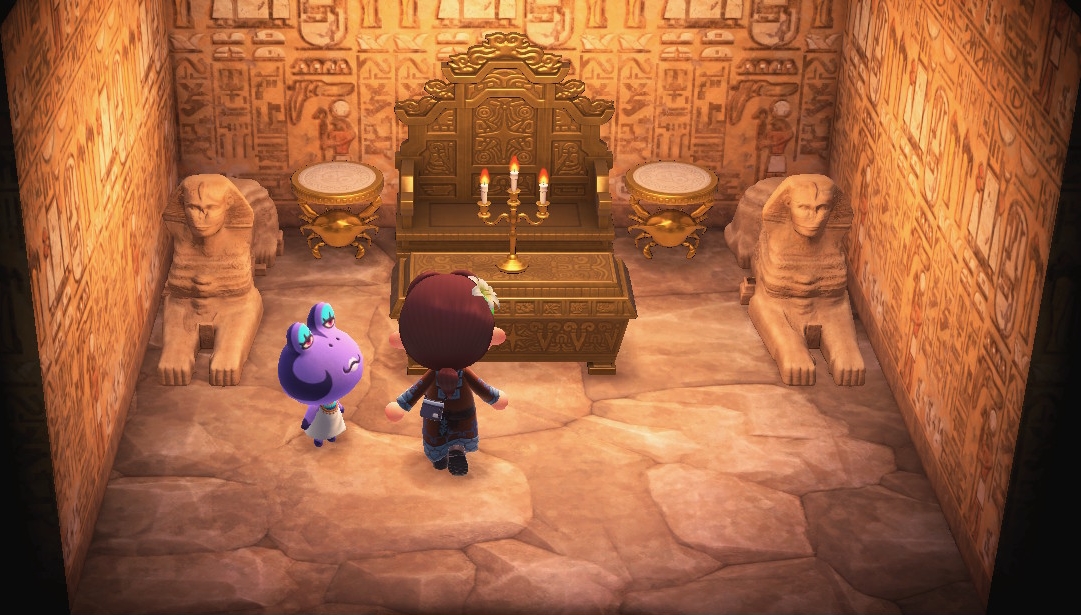 Eyes are the window to the soul. 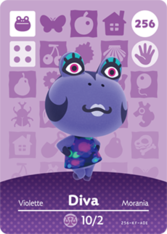