Camofrog is a cranky frog villager in the Animal Crossing series who appears in all games to date. His name relates to his appearance—a frog with a camouflage pattern as his skin. His catchphrase, "ten-hut," is a United States Army term meaning "come to attention"; this also relates to his appearance, as camouflage is frequently used in army uniforms. His favorite sayings, "You can't see me," and "What you can't see can't hurt you," also come from his camouflaged appearance.

In New Horizons, Camofrog has the music hobby and may sing anywhere without the need of a stereo.

Artwork of Camofrog from Animal Crossing.

Camofrog is, as the name suggests, a frog with skin patterned in traditional camouflage pattern: a mixture of green, brown, and beige. He has large, rounded eyes with small black pupils and a curly, smiling mouth. Camofrog bears a passing resemblance to Sly, an alligator villager that also has a camouflaged appearance.

Camofrog is a cranky villager, which means he will sometimes appear stubborn and easily annoyed when things are not going his way. He will appear rude and belittling towards the player and other villagers, but will eventually warm up to them, considering them his only friend. He will find the usual hobbies of fishing, bug catching, fossil hunting, fashion, and furniture collecting considerably more interesting compared to other village types, adding more reason behind the hobbies than other villagers. He will get along with other cranky villagers and snooty villagers, who share the same interests and meaningful discussions. He will often suggest planting false information on peppy and normal villagers when no interesting events are happening in the town. When he is sick he will insult the illness.

You can't see me. 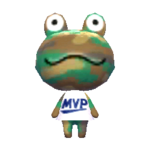 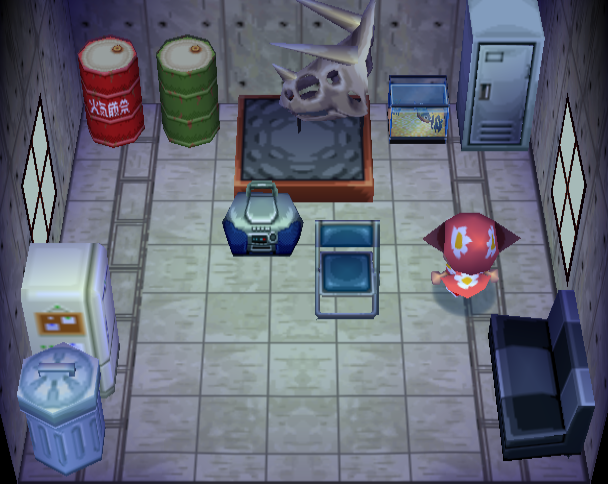 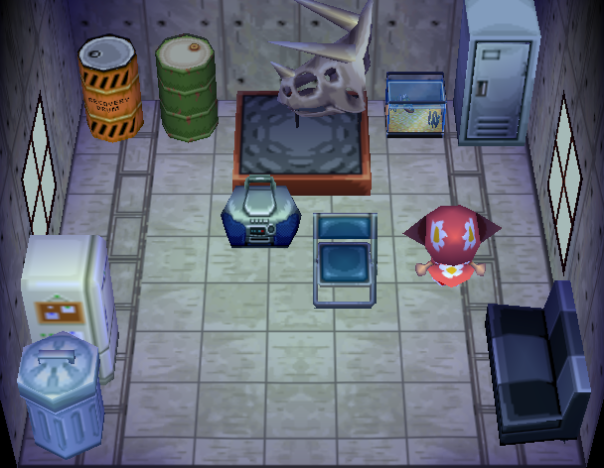 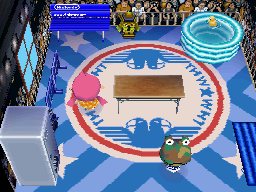 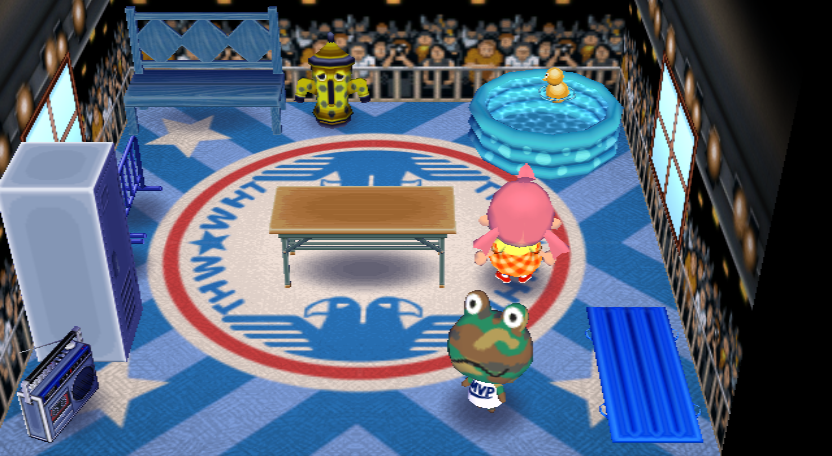 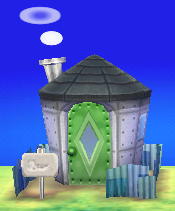 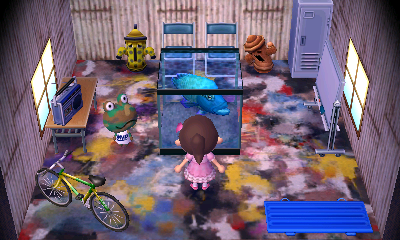 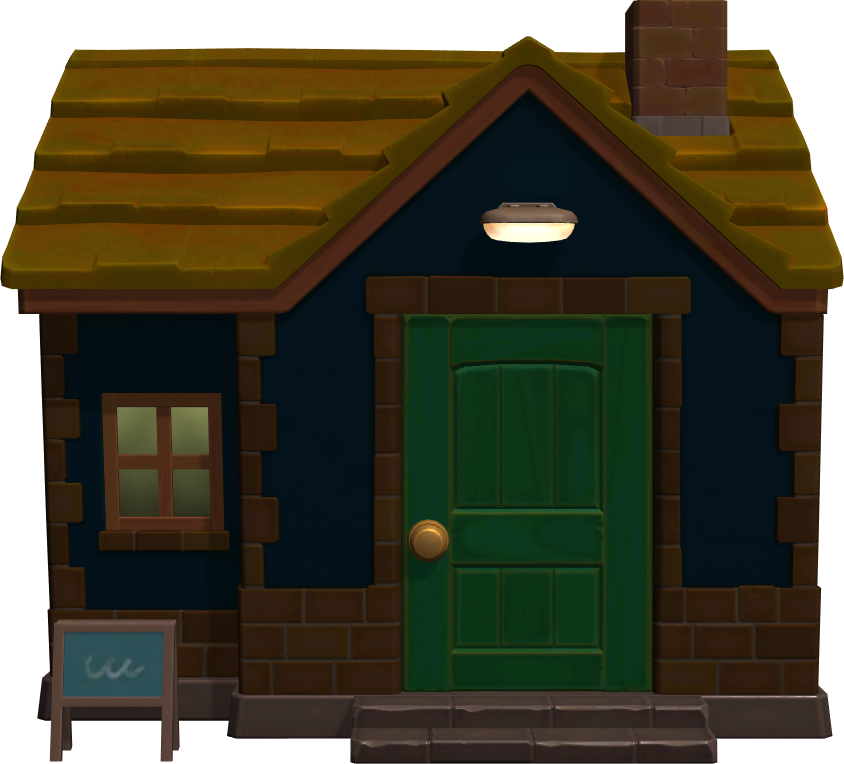 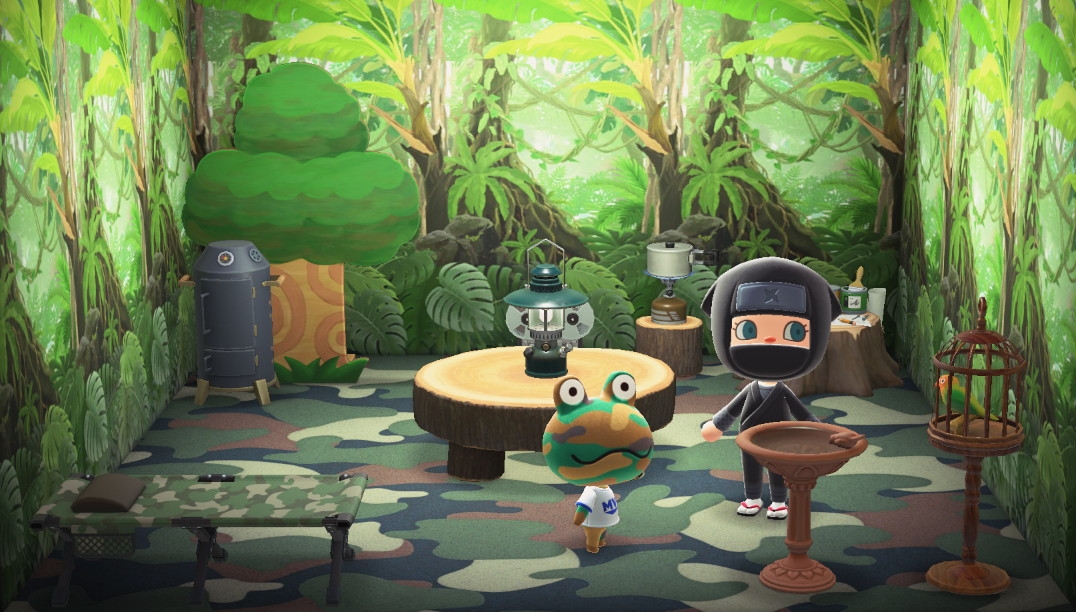 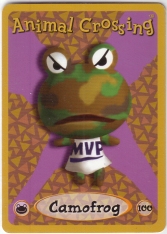 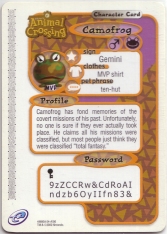 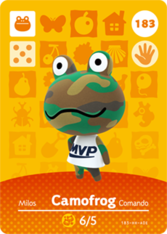