For the villager whose French name is Chuck, see Sly.

Chuck in Doubutsu no Mori.

Chuck is a brown bull with dark brown hair, angry eyes, big nostrils, and yellow horns and hooves. His eyes give an angry expression, relating to the fact that he is a cranky villager.

Chuck has a cranky personality. He may be rude and grouchy toward the player at first, but will eventually warm up. He will get along with lazy, snooty and other cranky villagers. 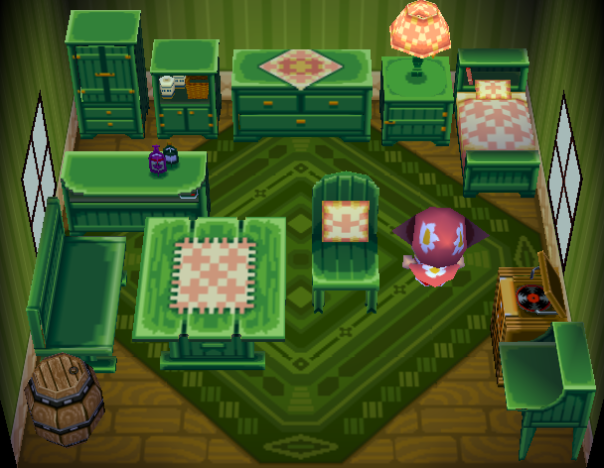 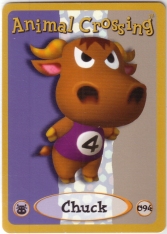 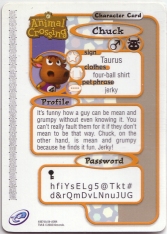