Ike is a cranky bear villager in the Animal Crossing series. After his debut in Doubutsu no Mori e+, he would remain absent from the series until Animal Crossing: New Leaf - Welcome amiibo. According to his e-Reader card profile, he is Poko's father.

In New Horizons, Ike has the nature hobby and may be found reading a book pertaining to an item he is studying, which can be either flowers, bugs, fish, or fossils.

Ike in Doubutsu no Mori e+.

Ike is a brown bear with a constant frown on his face and half-closed eyes. The area around his eyes is orange, and his muzzle and paws are a pale yellow, as is the inside of his ears.

Ike has a cranky personality, meaning that he will appear mature in comparison to other villagers. He will be rude to the player at first, but if befriended, he will become nicer. Being cranky, he will get along with his female counterpart snooty villagers due to their similar rude personality, and he will admire lazy villagers' laid-back lifestyle and will get along easily with jock villagers as well.

In Doubutsu no Mori e+, Ike can only move to the player's town if his e-Reader card is scanned.

In Animal Crossing: New Leaf - Welcome amiibo, Ike can only move to the player's town if his amiibo card is scanned, or if he is invited to move in from another player's town. His goal of "carpenter" is a reference to his Japanese name, Daiku (ダイク), which means "carpenter." 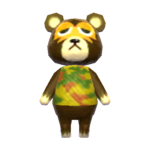 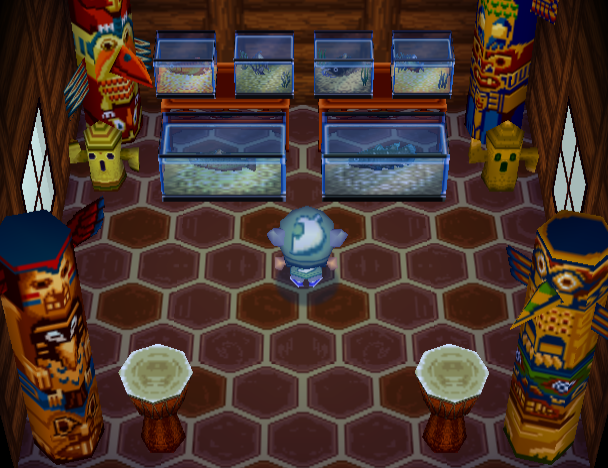 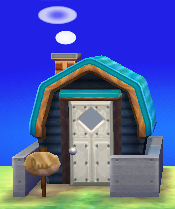 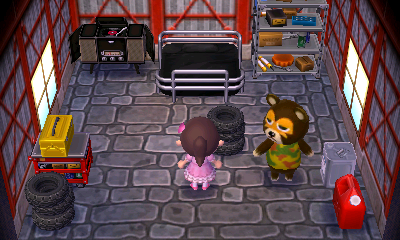 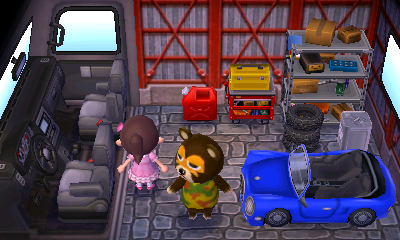 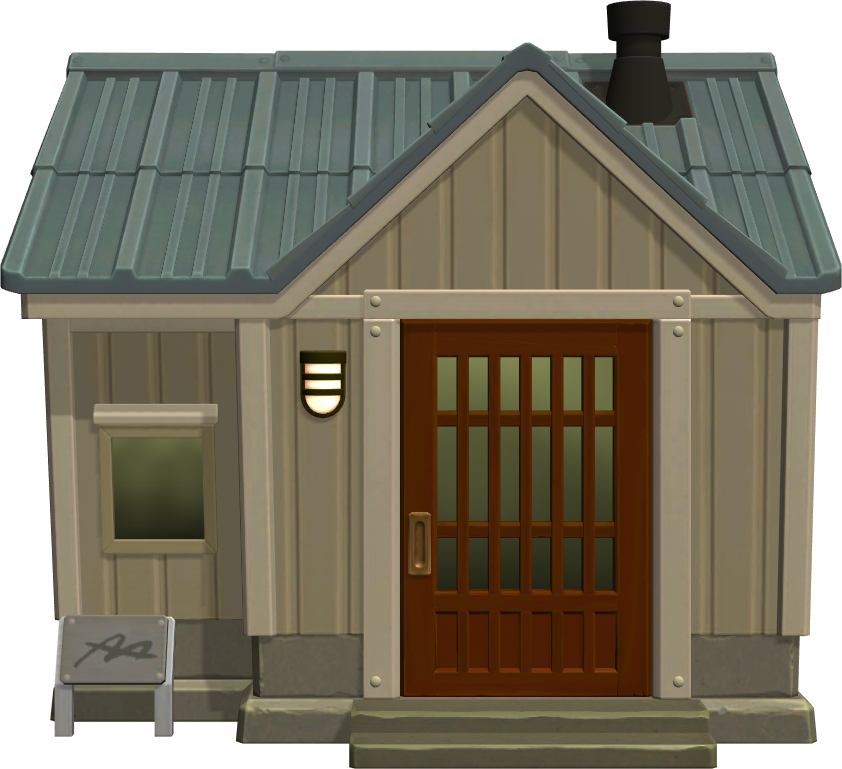 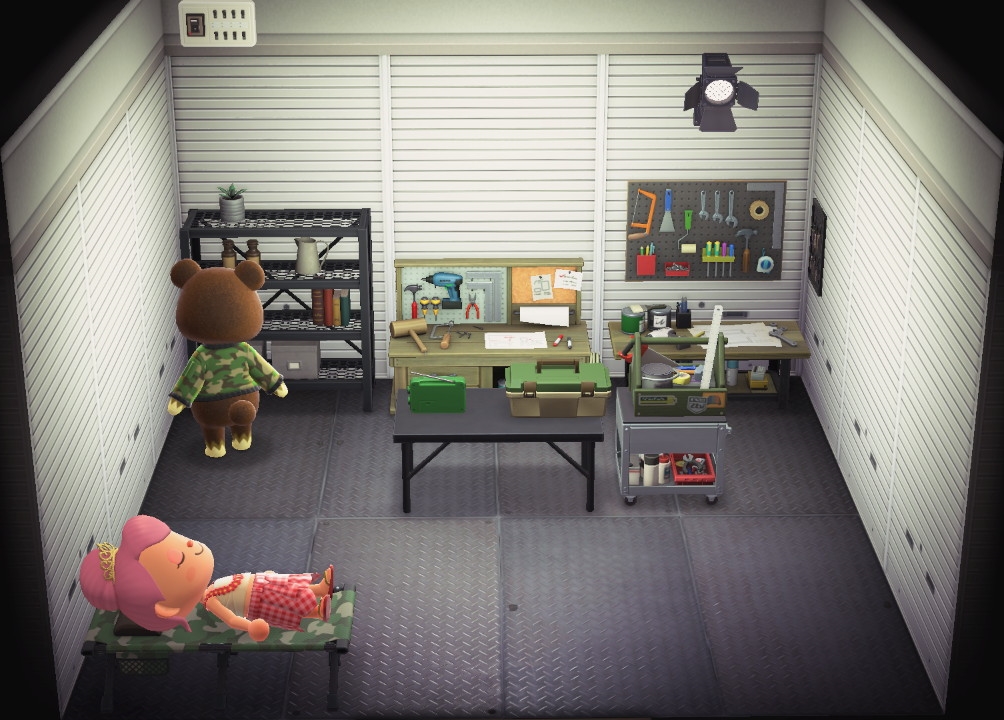 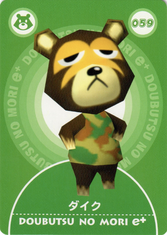 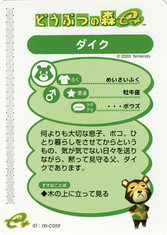