Chief is a cranky wolf villager in the Animal Crossing series who appears in all games to date. His name may relate to the popular misconception that wolves live in packs led by an alpha male, sometimes called a "chief."

In New Horizons, Chief has the music hobby and may sing anywhere without the need of a stereo.

Artwork of Chief from Animal Crossing.

Chief is a deep orange wolf with a white, pointed snout, and perked-up ears. His paws, feet, and muzzle are all creamy white, and his ears slightly tipped dark brown at the top and are light pink on the inside. His eyes gleam when opened, and he has ginger brown hair in between his two ears that is slanted in a modular way.

As a cranky villager, Chief will have the tendency to be belittling towards those around him. He is no exception to the typical cranky villager type, finding peppy villagers too happy and conflicting against snooty villagers. When talking to other cranky villagers, he will get involved in deep conversations, usually about trivial matters like the weather or other villagers and the way they act. For some reason he enjoys gardening, and will soon be involved in fishing and bug catching. He may also ask the player to look for an item of clothing for him to wear - giving the excuse that he cannot be caught shopping for clothes because it is "lame." In Wild World, he may challenge the player to fishing competitions. In New Leaf, when the player has a conversation with a villager with the jock personality about what they were like as a baby, Chief will reenact what he was like as a baby. 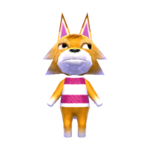 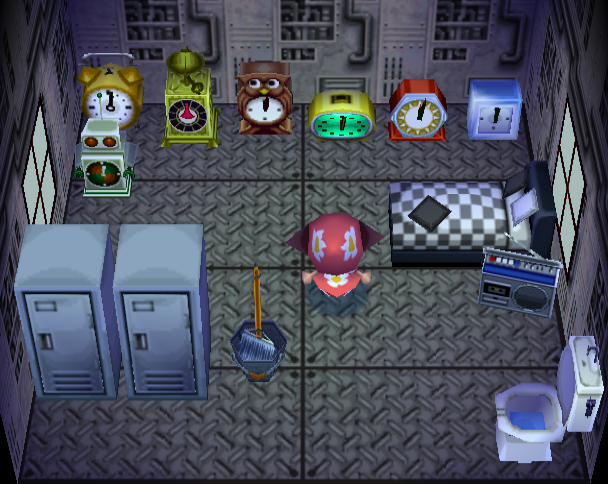 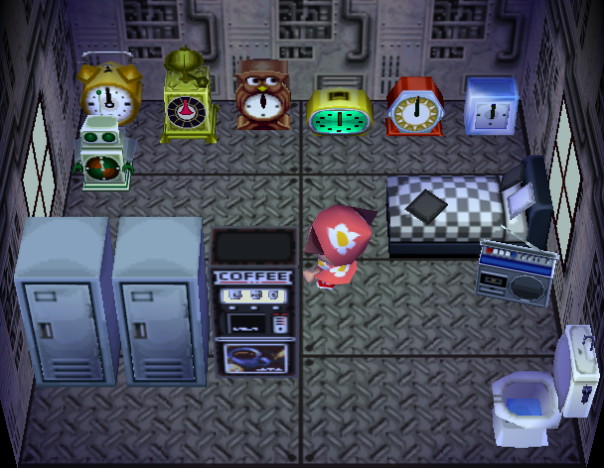 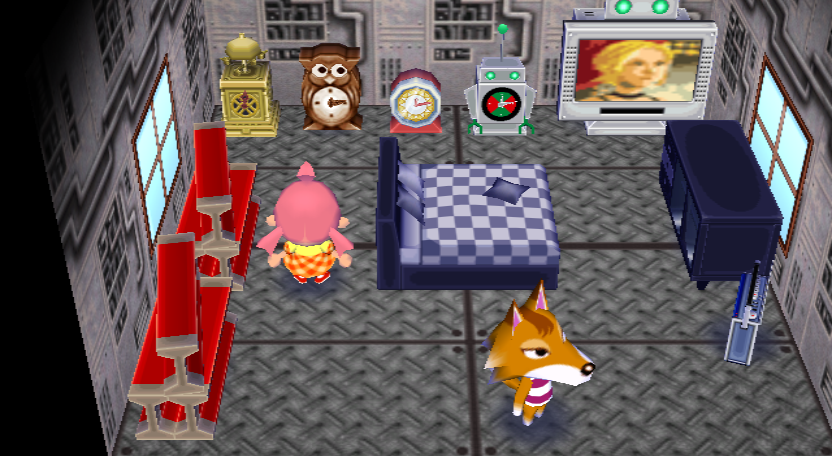 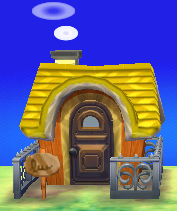 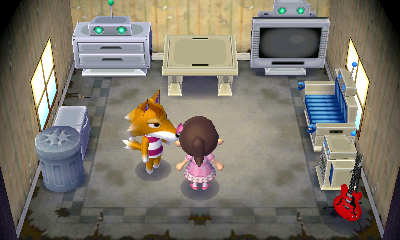 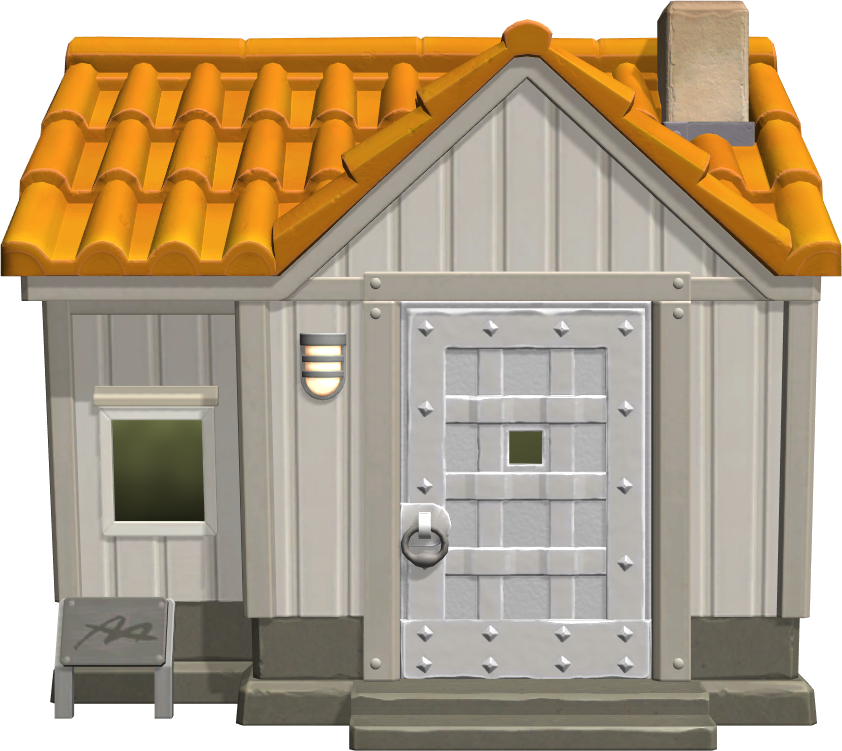 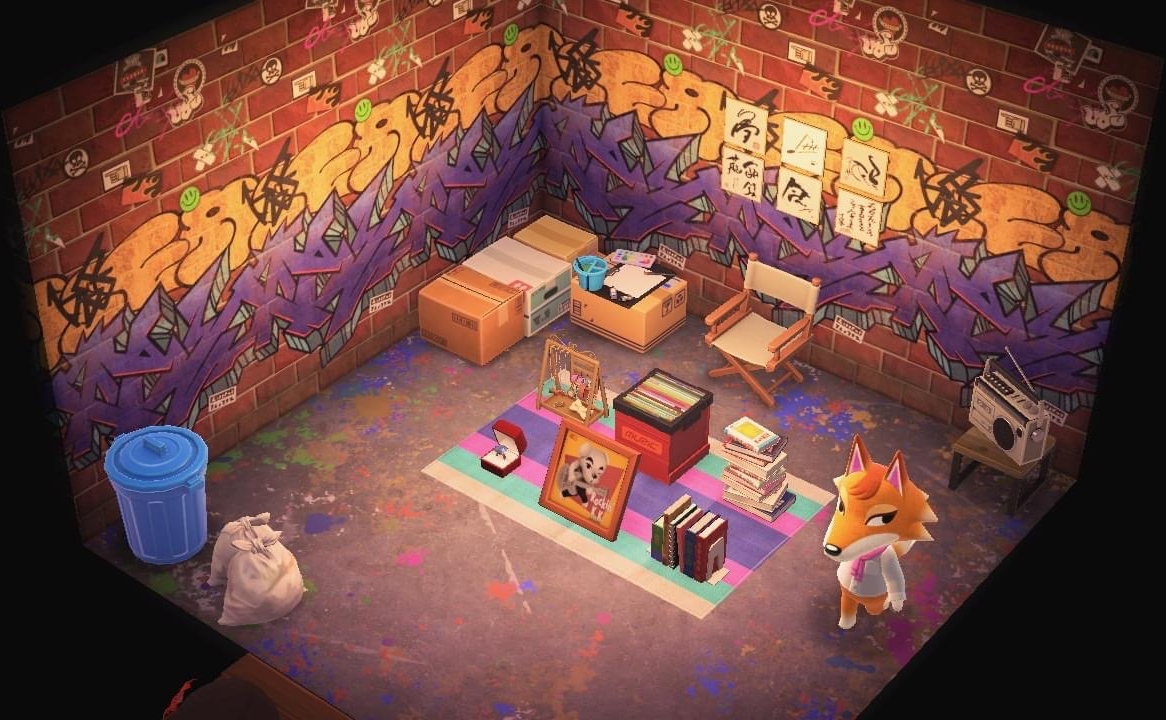 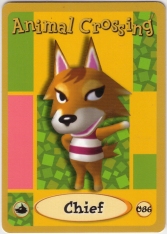 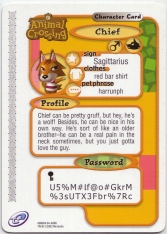 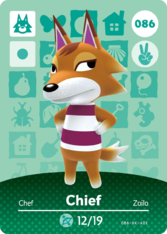