Whitney is a snooty wolf villager in the Animal Crossing series. She first appeared in Animal Crossing: Wild World and has appeared in all subsequent games, as well as in 🎬 Gekijōban Doubutsu no Mori. Her name likely derives from her white fur color.

In New Horizons, Whitney has the fashion hobby and may be seen wearing a pink purse with a white flower on it, as well as a specific headwear or accessory item.

Artwork of Whitney from Wild World.

Whitney is a white, possibly arctic, wolf, with blue eyes, a red-brown nose, and a wavy tuft of fur on her forehead. The insides of her ears are pink. She wears pink eyeshadow with winged eyeliner, and her eyebrows are shaped with precision. Her tail is long and spiky at the tip. In Gekijōban Doubutsu no Mori, her eyes are purple and her nose is deep brown.

Whitney has a snooty personality. She will appear uptown, classy, and chic. With this, she will appear rude, belittling and snobbish when talking to others, usually criticizing their dress sense or fashion. She is able to get on with cranky, big sister, smug, and other snooty villagers. She will have her fitness questioned by a jock villager. She will not get along with normal villagers, due to their kindness and politeness towards their neighbors.

If you even THINK about crossing me, just think about these pearly whites! 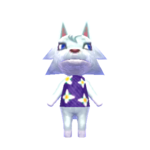 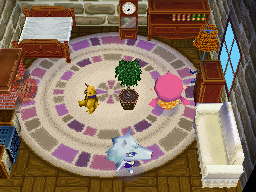 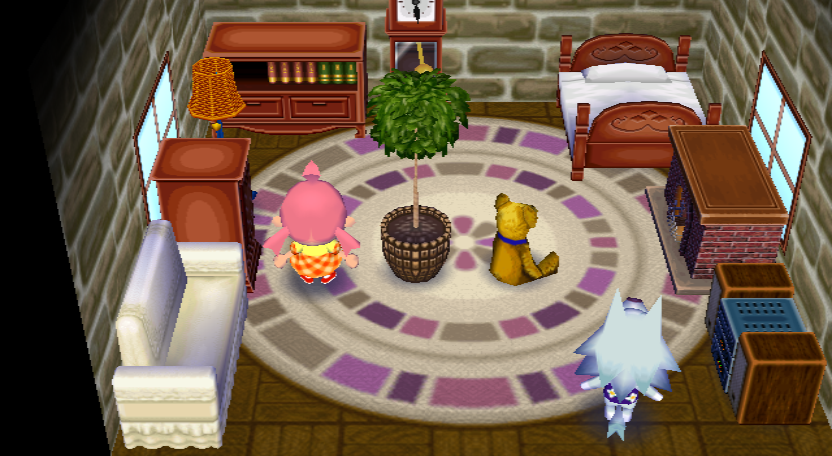 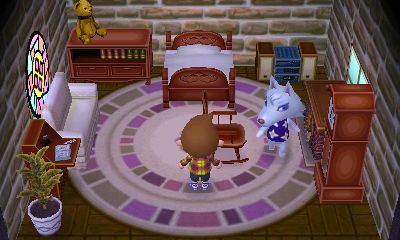 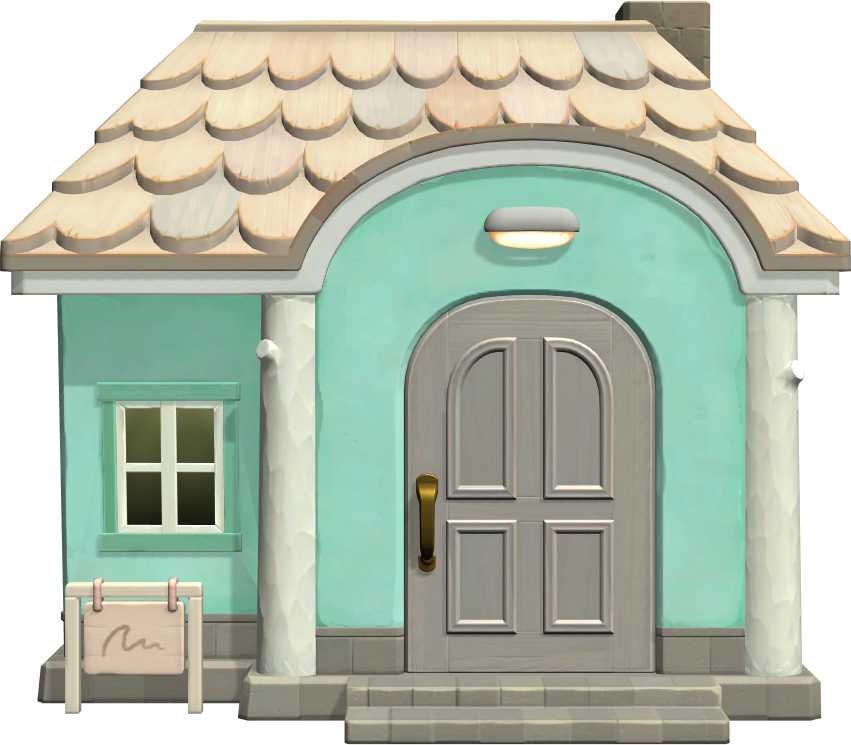 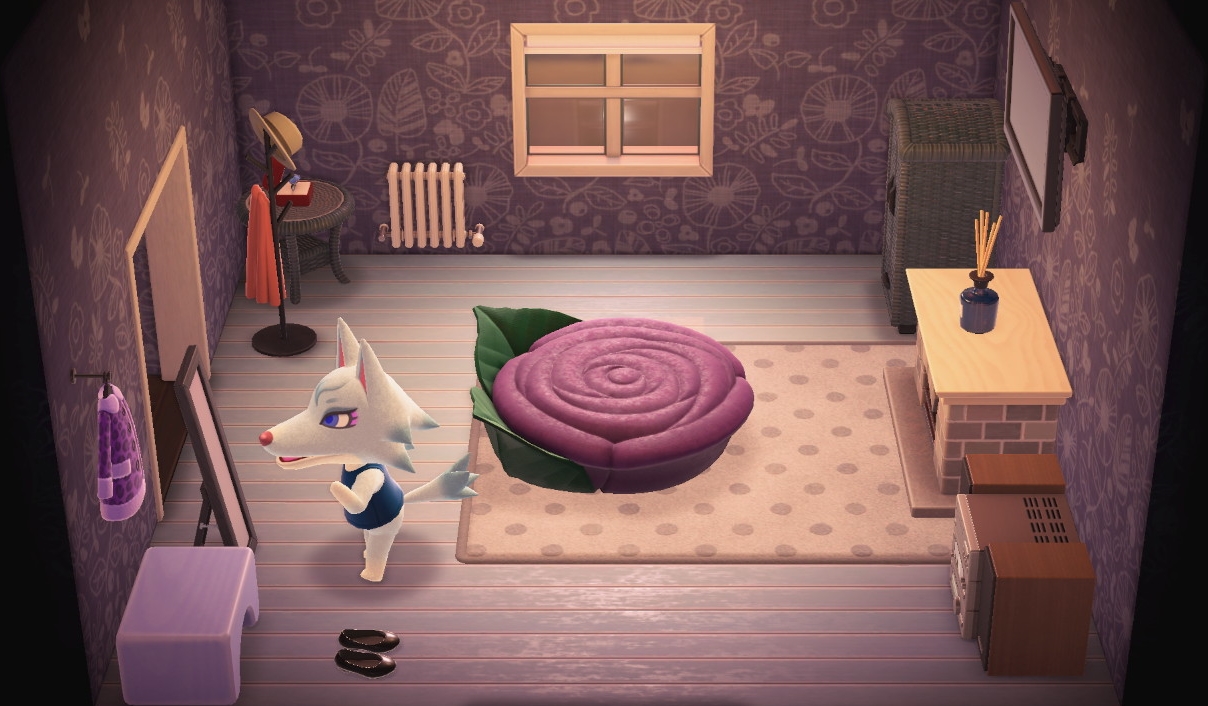 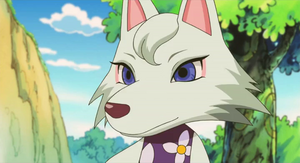 Whitney as she appears in 🎬 Gekijōban Doubutsu no Mori.

In the film, Whitney is very sophisticated, posh and kind, unlike her typical snooty personality in the Animal Crossing games. Whitney's appearance also slightly changes — the movie gives her body an hourglass shape and increases her height, and gives her a red cosmos in her ear.

Ai first meets Whitney on her deliveries. Before dropping off Whitney's order, she offers to give Ai tips to be more of a "polished lady" and winks, to which an awed Ai blushes. Ai later whispers to herself of how beautiful she was. Later, when chatting with Rosie and Margie at the beach, Ai learns, via rumor, that the cranky villager, Apollo, could have possibly been dating Whitney. Later when, saddened by her friend's sudden leave, Ai walks to The Roost to have some coffee for her troubles. Whitney, knowing of Margie's departure, consolidates Ai, saying to believe in herself; Ai and Margie's bond shall never fade. When in The Roost, Whitney compares how a woman's bond and a relationship differs, and no matter what she does, it will never return to what she loved and cared about. This proves that Whitney has indeed been in a relationship and, due to the rumor, was most likely with Apollo. This is implied in the credits when she receives blue roses as a gift, which Apollo happened to be growing. When Gulliver's UFO crash lands, Whitney appears garbed in winter clothing and offers to search for a UFO part near the sea. Like all of the other villagers, Whitney appears at the Fireworks Festival, donning a kimono.

"I wonder why time always flies by so quickly..."
— A Note from Whitney, Animal Crossing: Pocket Camp 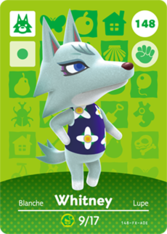