This article is about the chicken villager. For the rhinoceros villager with a similar name, see Rhonda.

Rhoda in Doubutsu no Mori.

Rhoda is a blue chicken with yellow and pink feathers around her neck, hands, and tail. She wears pink blush and has a red comb and beak. Her eyes are black with black eyelashes.

In artwork for Rhoda, her neck feathers only feature a yellow rim, while in-game, they include an additional pink rim. 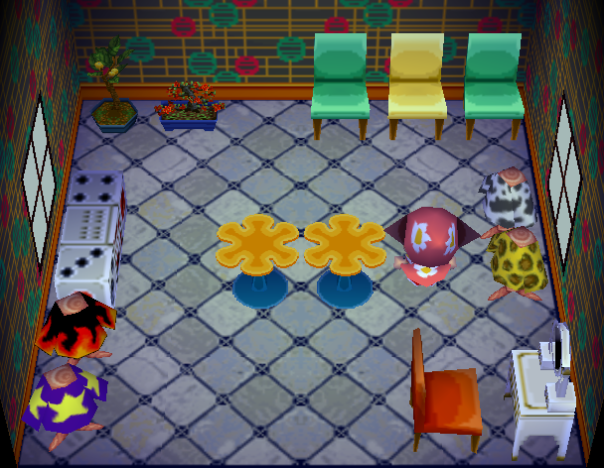 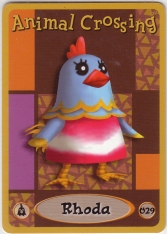 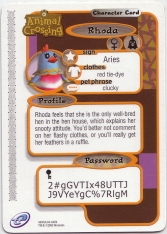