Queenie is a snooty ostrich villager in the Animal Crossing series who appears in all games to date. She is the only ostrich to appear in every game in the series. Her name may be a reference to the queen chess piece, as her e-Reader card profile mentions chess, her houses in all games prior to Animal Crossing: New Leaf contain chess pieces, her profile on the official Japanese website for Animal Crossing: City Folk mentions that her hobby is chess,[1] and her house requests are themed "black and white," like the color scheme used in chess.

In New Horizons, Queenie has the fashion hobby and may be seen wearing a pink purse with a white flower on it, as well as a specific headwear or accessory item.

Artwork of Queenie from Animal Crossing.

Queenie is a purple ostrich with gray and white wings, an orange beak, and pink blush on her cheeks. She has short purple hair, choppy bangs, and a few strands of hair sticking off the back of her head. She has absent-looking, slanting U-shaped eyes and a vacant expression.

As a snooty villager, Queenie will first appear rude and arrogant towards the player, often talking about herself and her own experiences. She may also talk about the style and appearance of other villagers, usually other female villagers such as normal, peppy, and other snooty villagers. She will soon warm up to the player, confiding in them about their own feelings, but still keeping subtly rude. She will find it hard to get along with other villagers, specifically jock and lazy villagers who have conflicting lifestyles with her own. She may get on with cranky villagers, who also enjoy gossiping about the appearance and lifestyles of others. She often spreads rumors about other residents, especially if she has suggested earlier that she does not approve of them.

In Animal Crossing, Queenie cannot be one of the starting villagers in the player's town.

In Animal Crossing: Wild World, Queenie cannot be one of the starting villagers in the player's town. 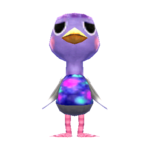 In Animal Crossing, Queenie's house is set up like a chess board, featuring a complete Chess Theme. 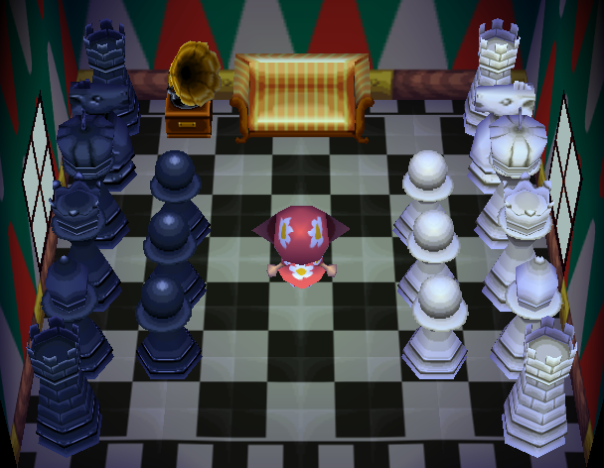 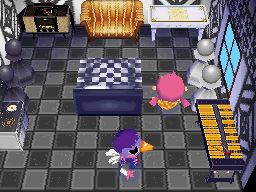 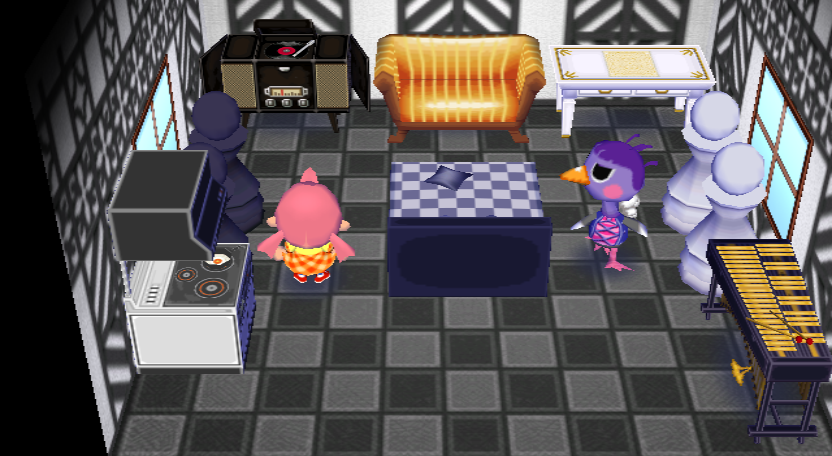 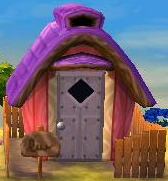 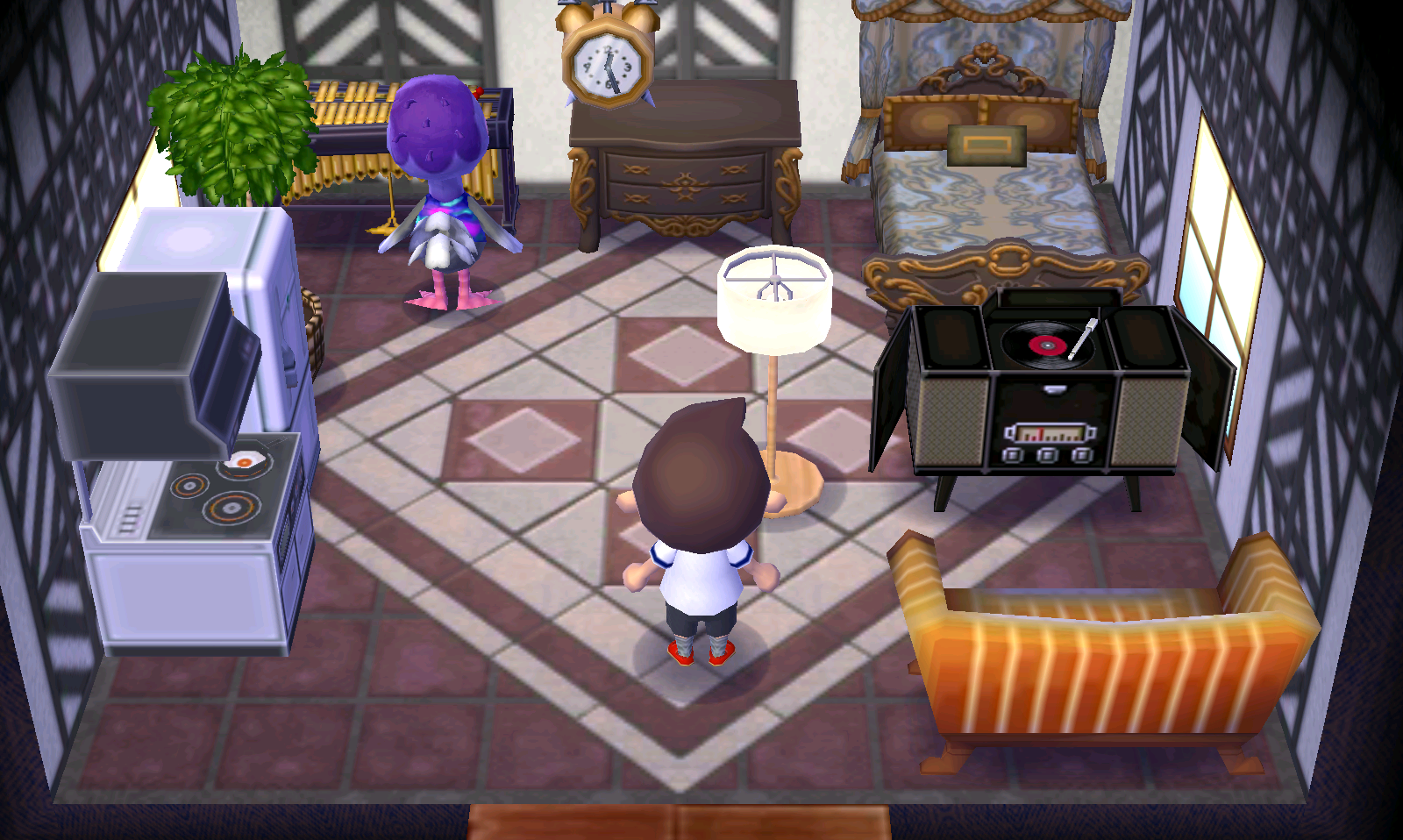 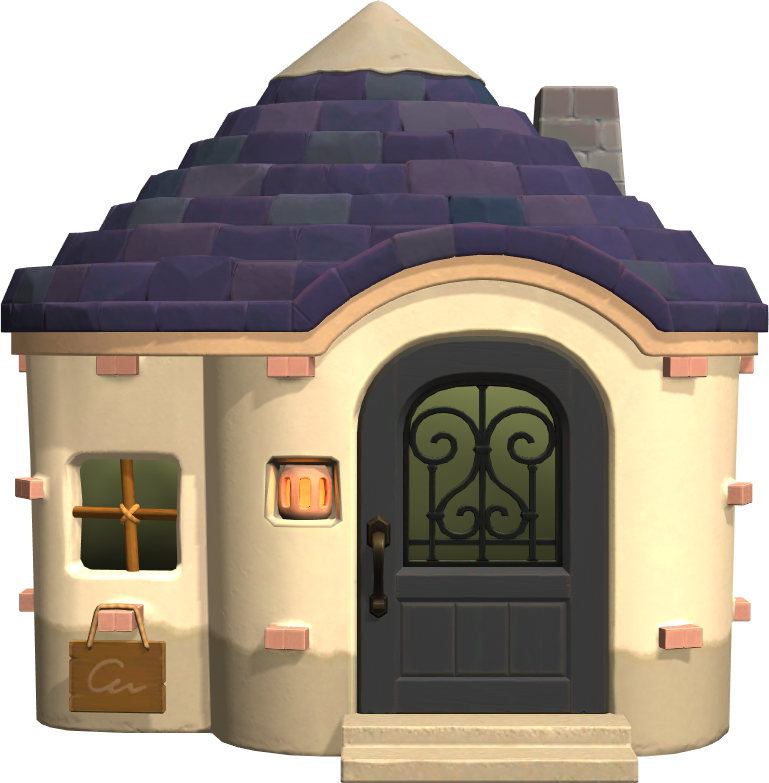 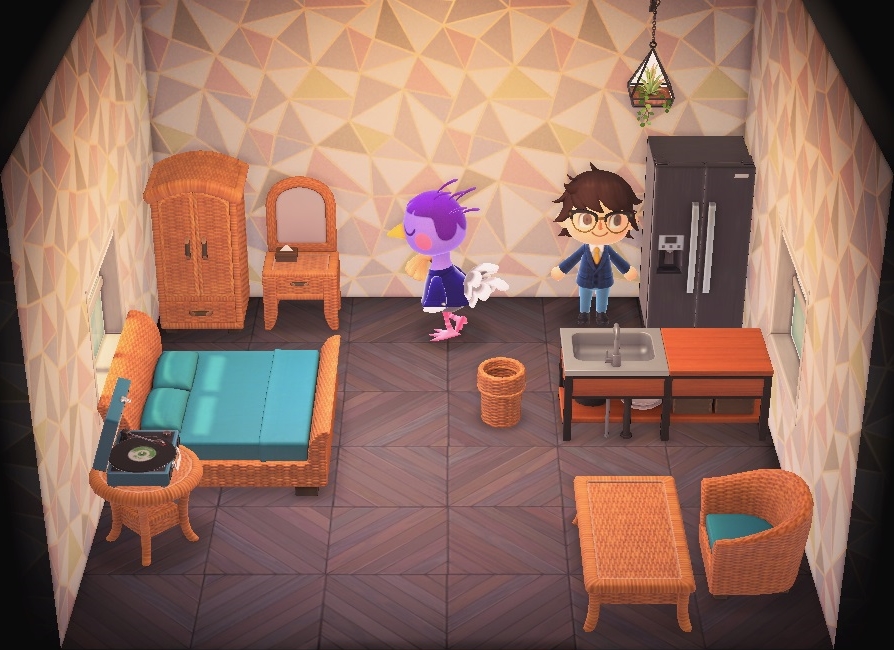 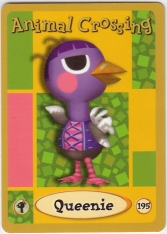 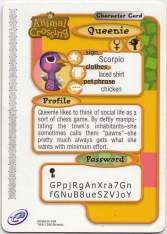 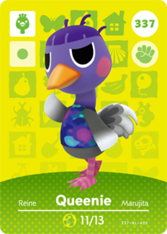