Friga is a snooty penguin villager in the Animal Crossing series who appears in all games to date. Her name may be derived from frigid, meaning cold, which relates to many typical penguins being Antarctic creatures.

In New Horizons, Friga has the fashion hobby and may be seen wearing a pink purse with a white flower on it, as well as a specific headwear or accessory item.

Artwork of Friga from Animal Crossing.

Friga is a light, porcelain pink-skinned and dark blue penguin with turquoise blue eyeliner, mascara, and pink blush. She has black hair on her forehead that is combed down into a snazzy, modular way, and her eyes gleam into a fabulous disposition. Her flippers (arms) are the same color as her back and tipped with a light pink crescent moon shape. She has yellow-orange feet and a large beak. Her appearance in Doubutsu no Mori has many differences; her face is dark pink, her eyes are smaller, her hair is purple, and she has orange-reddish blush.

Friga has a snooty personality. She will appear uptown, classy, and chic. With this, she will appear rude, belittling and snobbish when talking to others, usually criticizing their dress sense or fashion. She is able to get on with cranky, big sister, smug, and other snooty villagers. She will have her fitness questioned by a jock villager. She will not get along with normal villagers, due to their kindness and politeness towards their neighbors.

This isn't a fortune cookie, it's an important life lesson! 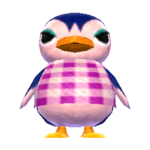 In Animal Crossing: New Horizons – Happy Home Paradise, if Eloise, Olivia, Julia, and Willow live in the player's town but Friga does not, then Friga will be the first client. However, if Friga also lives there, then the first client will be a specific snooty villager who does not live in the player's town, in this priority order: Blanche, Cleo, Vivian, Purrl, Bree, Blaire, or Tasha. 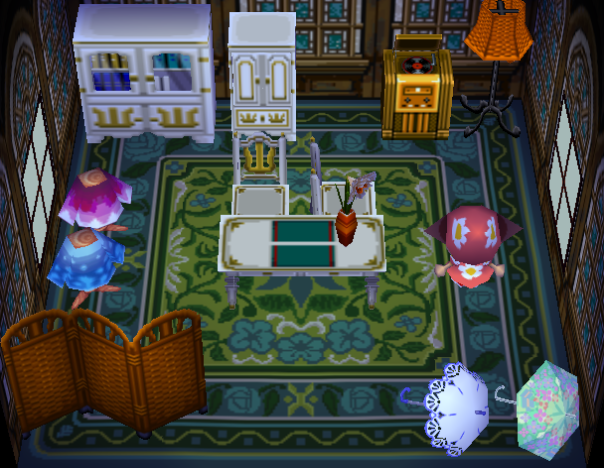 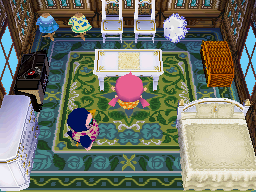 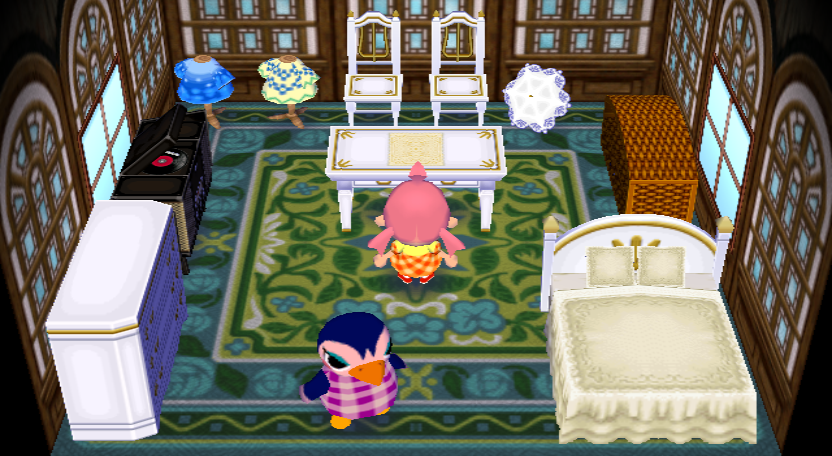 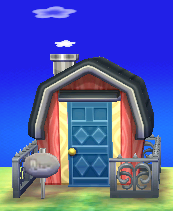 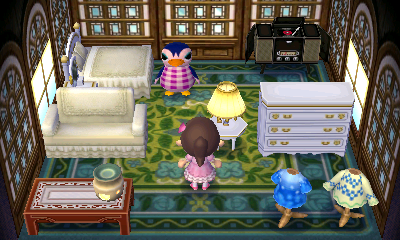 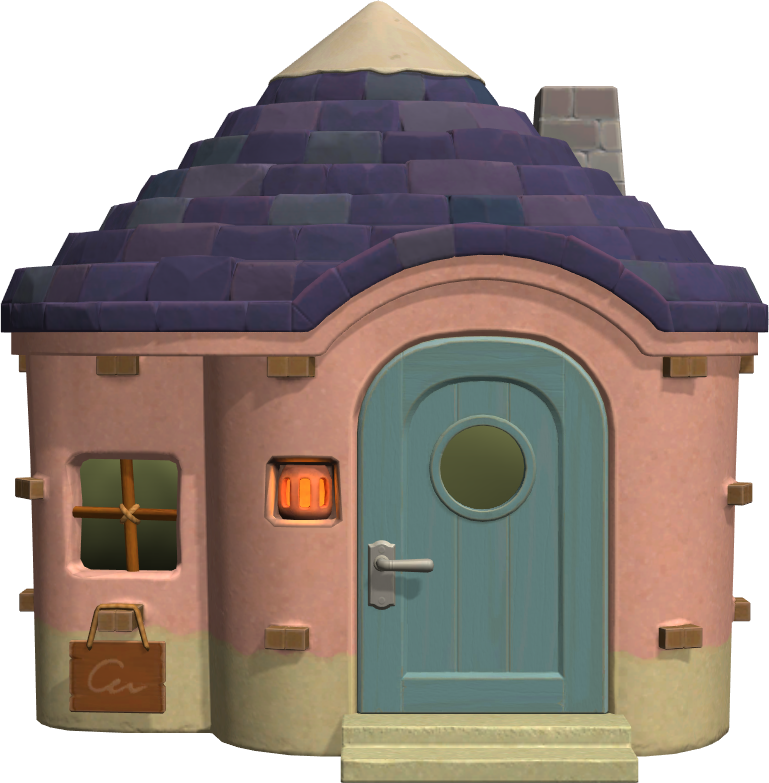 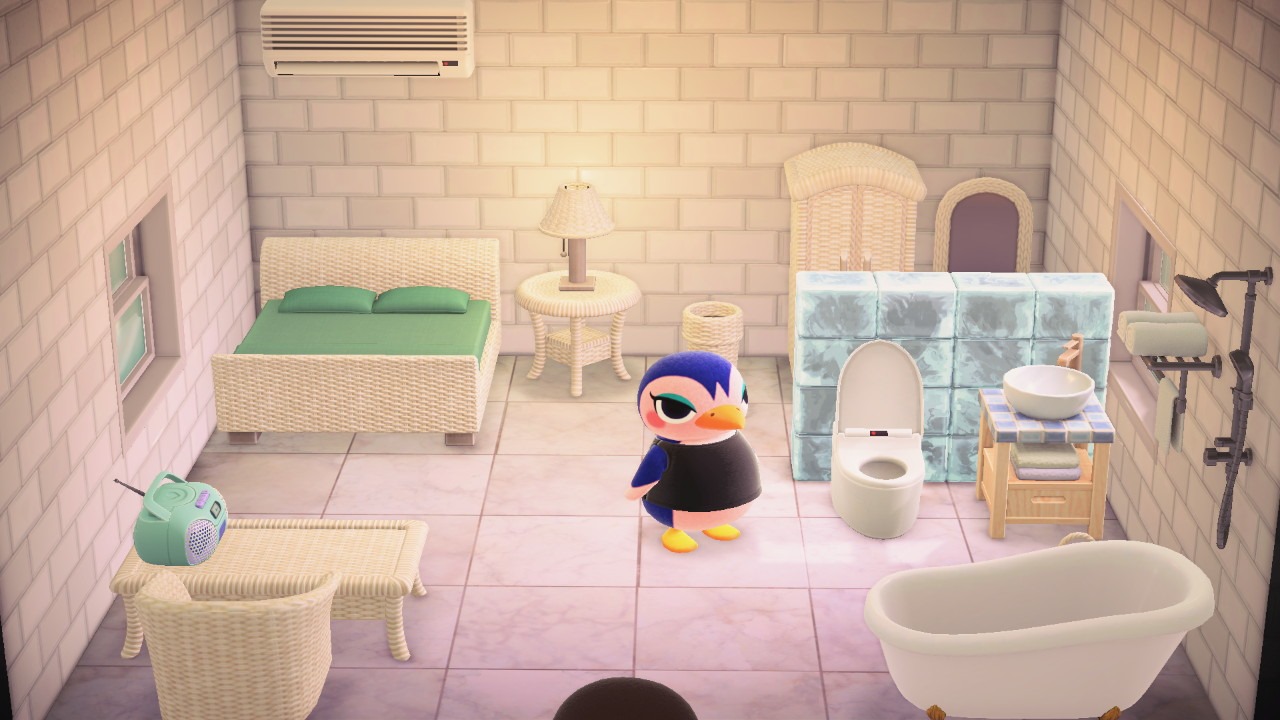 "I hope we can all be friends, brrrmph!"
— Introduction from character announcement, Animal Crossing: Pocket Camp 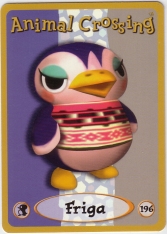 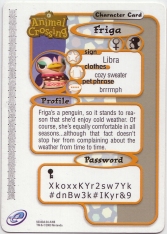 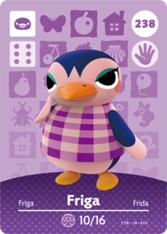