This article is about the ostrich villager. For the horse villager with a similar name, see Julian.

Julia is a snooty ostrich in the Animal Crossing series. She first appeared in Doubutsu no Mori e+ as an islander, after which she remained absent from the series until Animal Crossing: New Leaf - Welcome amiibo, where she returns as a villager.

In New Horizons, Julia has the education hobby and can be seen wearing rimmed glasses, reading a novel while outside, and using a magnifying glass when near certain objects.

Julia in Doubutsu no Mori e+.

Julia is a gray ostrich with a green and blue head, gray wings with various shades of green on the top of her wings, a blue stomach, and gray feet, with black stripes adorning her legs. She has large, anime-like eyes, with orange irises. She highly resembles a peacock, because of her tail feathers, which are various colors, and her green and blue head crest.

Julia is a snooty villager, and will first appear rude and arrogant towards the player, often talking about herself and her own experiences, but will be nice and pleasurable if the conversation is mature and non-insulting. She may also talk about the style and appearance of other villagers, usually other female villagers such as normal, peppy, big sister, and other snooty villagers. She will soon warm up to the player, confining in them about her own personal feelings but still keeping subtly rude. She will find it hard to get along with other villagers, specifically jock and lazy villagers who have conflicting lifestyles compared to her own. She may get on with cranky villagers, who also enjoy gossiping about the appearance and lifestyles of others, as well as smug villagers, who share a love and knowledge for fashion.

In Doubutsu no Mori e+, Julia can only move to Animal Island if her e-Reader card is scanned.

In Animal Crossing: New Leaf - Welcome amiibo, Julia can only move to the player's town if her amiibo card is scanned, or if she is invited to move in from another player's town. 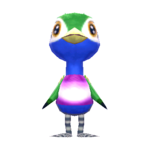 In Animal Crossing: New Horizons – Happy Home Paradise, if Eloise and Olivia live in the player's town but Julia does not, then Julia will be the first client. However, if Julia also lives there, then the first client will be a specific snooty villager who does not live in the player's town, in this priority order: Willow, Friga, Blanche, Cleo, Vivian, Purrl, Bree, Blaire, or Tasha.

As an islander, Julia's house in Doubutsu no Mori e+ will begin with only one furniture item, along with the exotic wall and bamboo flooring. She will request specific items for the player to give to her, which she will place in her house. After she places two items in her house, she will upgrade her wallpaper, and after she places five items, she will upgrade her flooring. Bliss requests for the same items as Julia, although her house has different wallpaper and flooring. 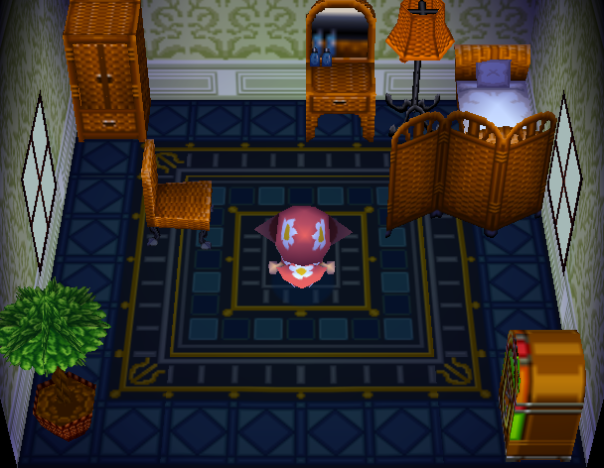 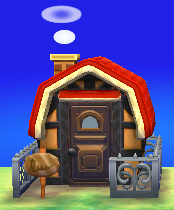 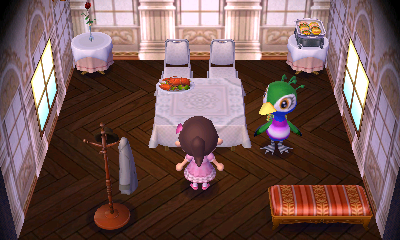 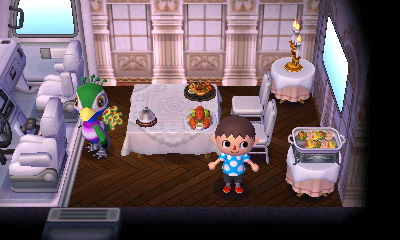 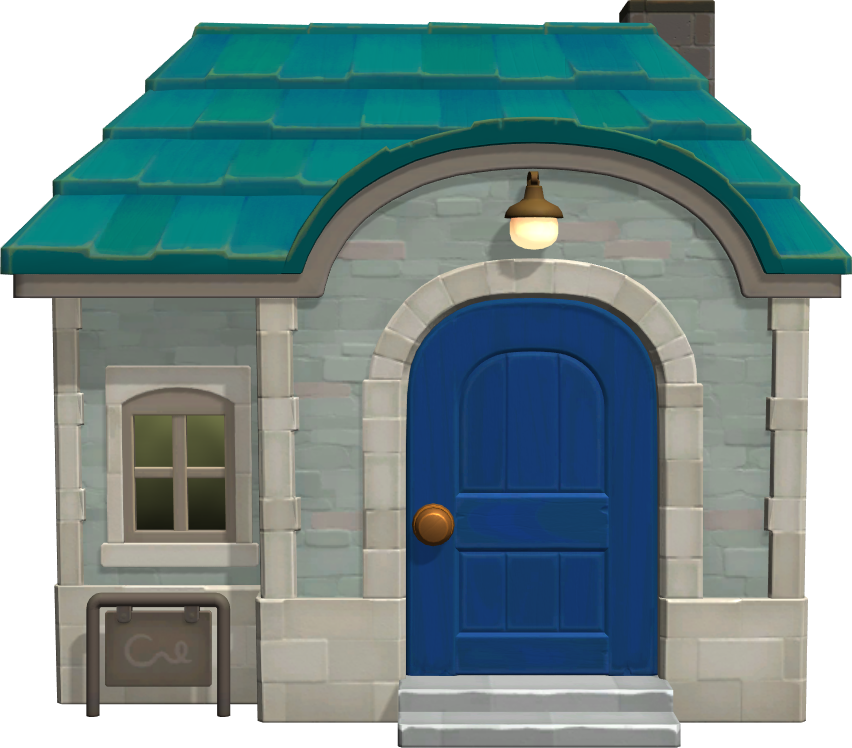 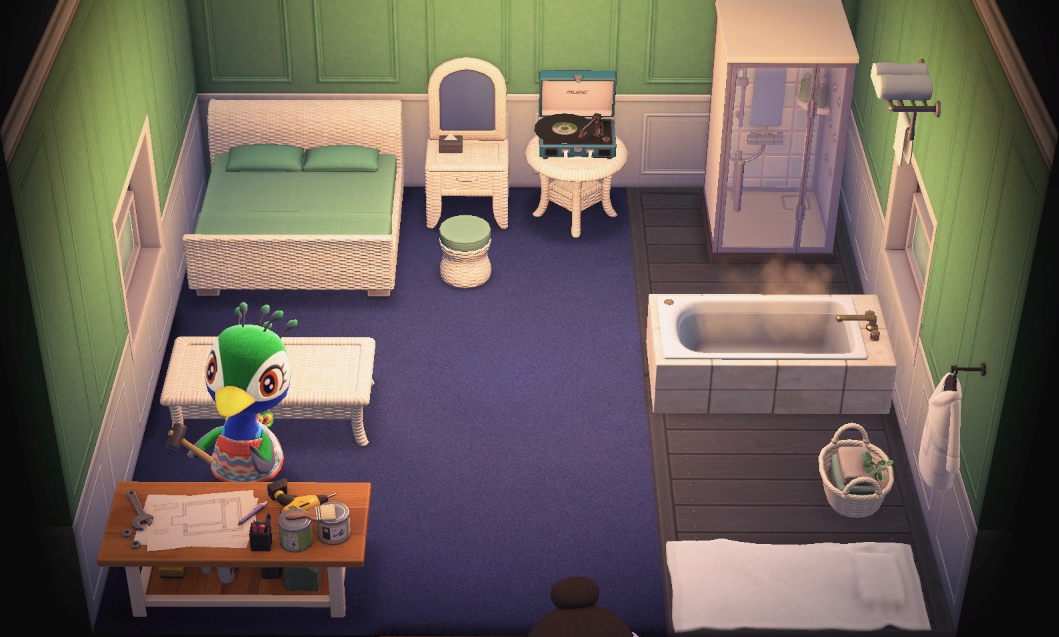 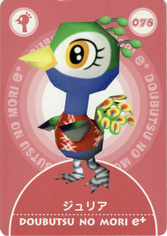 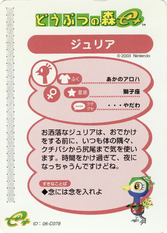