In New Horizons, Phoebe has the fitness hobby and will wear sporty shades and lift heavy dumbbells while exercising.

Artwork of Phoebe from Welcome amiibo.

Phoebe is an orange-red and brilliant yellow ostrich with spotted wings, a salmon beak and striped legs. She has a yellow-orange blush on her cheeks and navy eyelashes. She has visible spots and patterns on her wings and tail. These patterns resemble a peacock's tail feathers. Her appearance is based on a phoenix. Her description in Pocket Camp also refers to the longevity of this mythical bird.

Having the big sister personality, Phoebe will be the elder sister figure of the player in the game. Phoebe enjoys a laid-back and peaceful life, often expressing her discontent about the cranky and snooty villagers who enjoy spreading rumors about other villagers. She may be considered a more free-spirited and adventurous version of normal villagers, and is the female counterpart of smug villagers.

In Animal Crossing: New Leaf, Phoebe cannot be one of the starting villagers in the player's town. 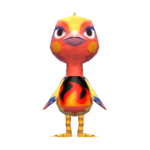 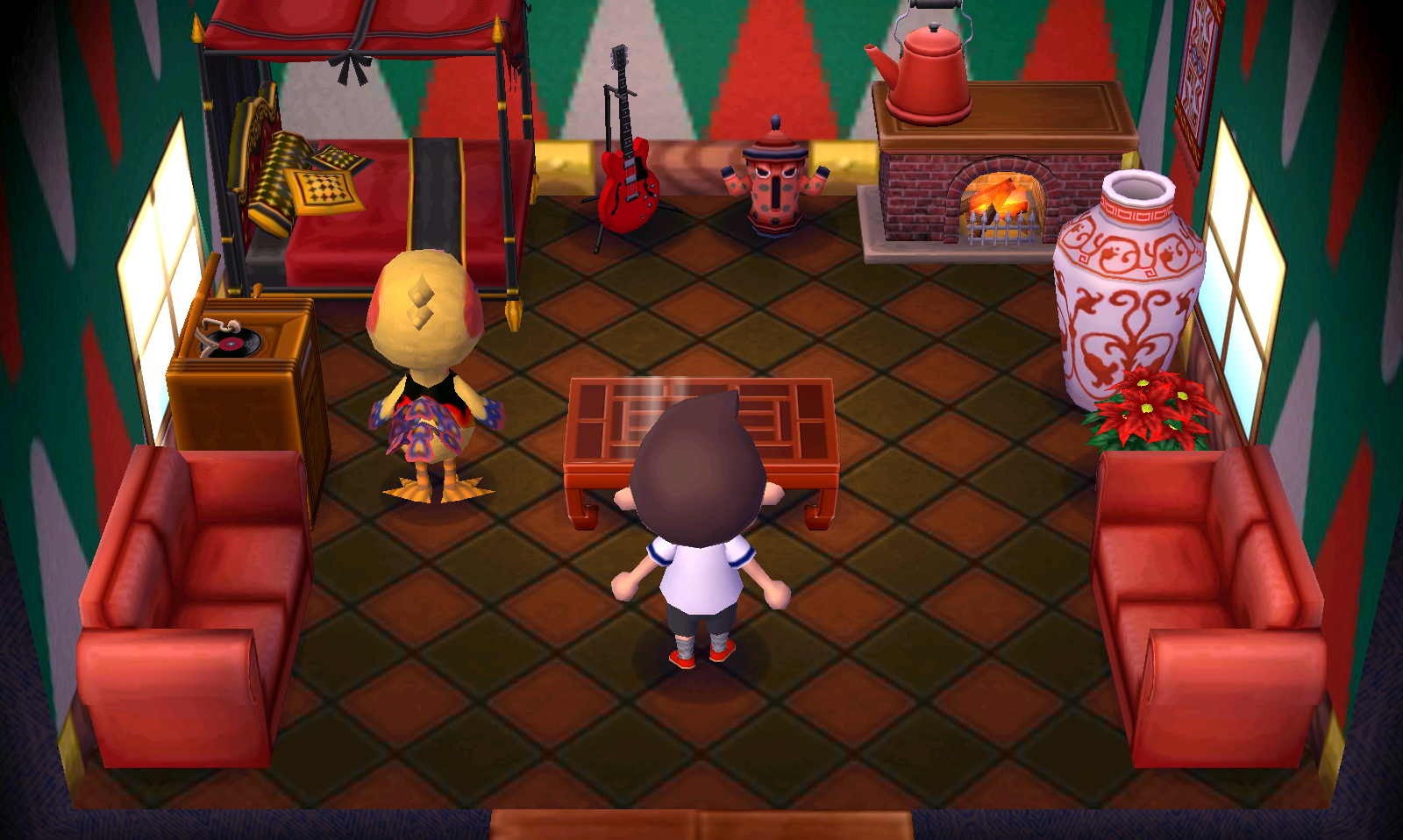 In Animal Crossing: New Horizons, if Phoebe is one of the starter villagers, her house will have craftable items primarily from the Wooden Block Series. She cannot have her initial house interior unless she moves out of the player's island or the Happy Home Paradise DLC is purchased, in which either the player or Isabelle can reset the interior. 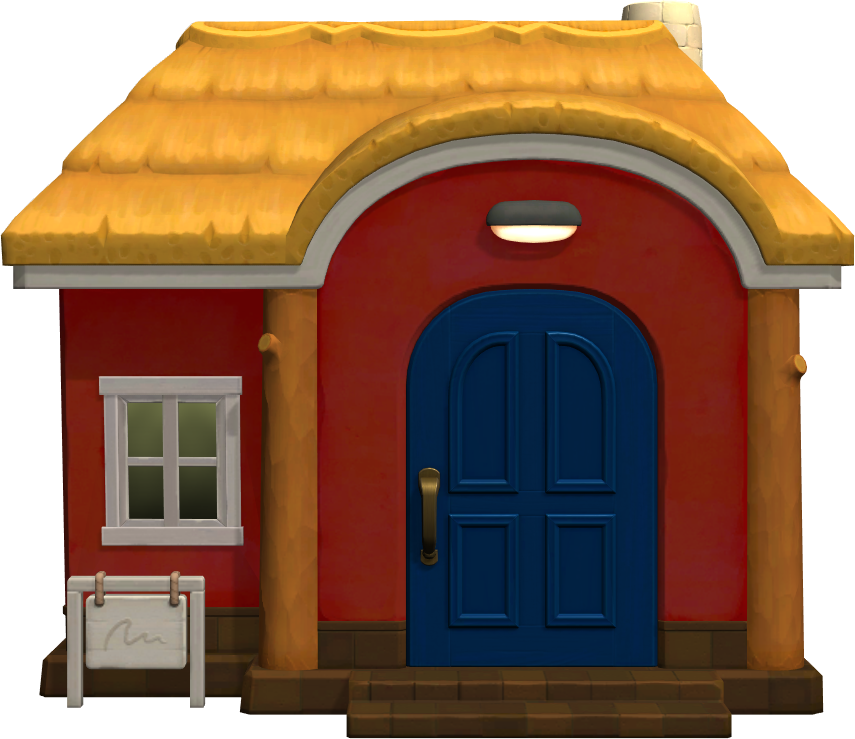 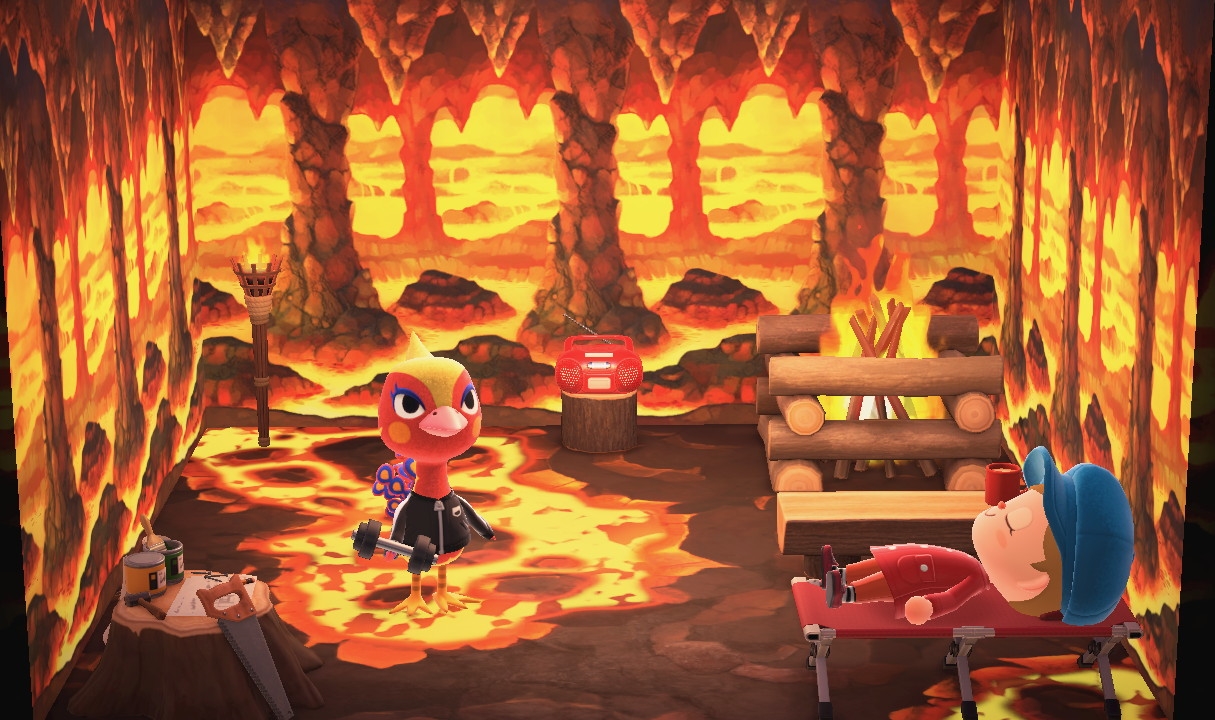 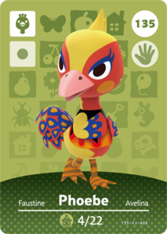