This article is about the villager. For the item of the same name, see Rocket (item).

Rocket is one of five villagers dressed as a superhero, wearing a numbered helmet with a visor along with a matching shirt. The other villagers are Kid Cat, Agent S, Big Top, and Filly.

In New Horizons, Rocket has the fitness hobby and will wear sporty shades and lift heavy dumbbells while exercising.

Artwork of Rocket from New Leaf.

Rocket is a gorilla with yellow fur and tan skin. She wears a pink outfit and helmet that are both emblazoned with a red number 4. Her helmet has white stripes and a teal visor.

Rocket has a big sister personality, a combination of the snooty, normal, and peppy personalities. Once she becomes a close friend of the player, she will act like a big sister. She may have disputes with snooty and cranky villagers since they enjoy spreading rumors.

In Animal Crossing: New Leaf, Rocket cannot be one of the starting villagers in the player's town. 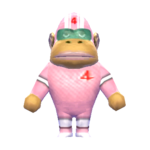 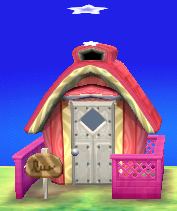 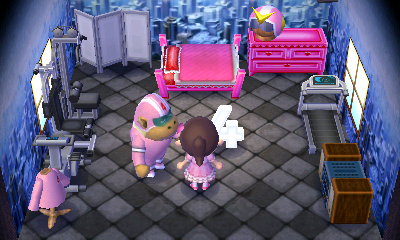 In Animal Crossing: New Horizons, if Rocket is one of the starter villagers, her house will have craftable items primarily from the Wooden Block Series. She cannot have her initial house interior unless she moves out of the player's island or the Happy Home Paradise DLC is purchased, in which either the player or Isabelle can reset the interior. 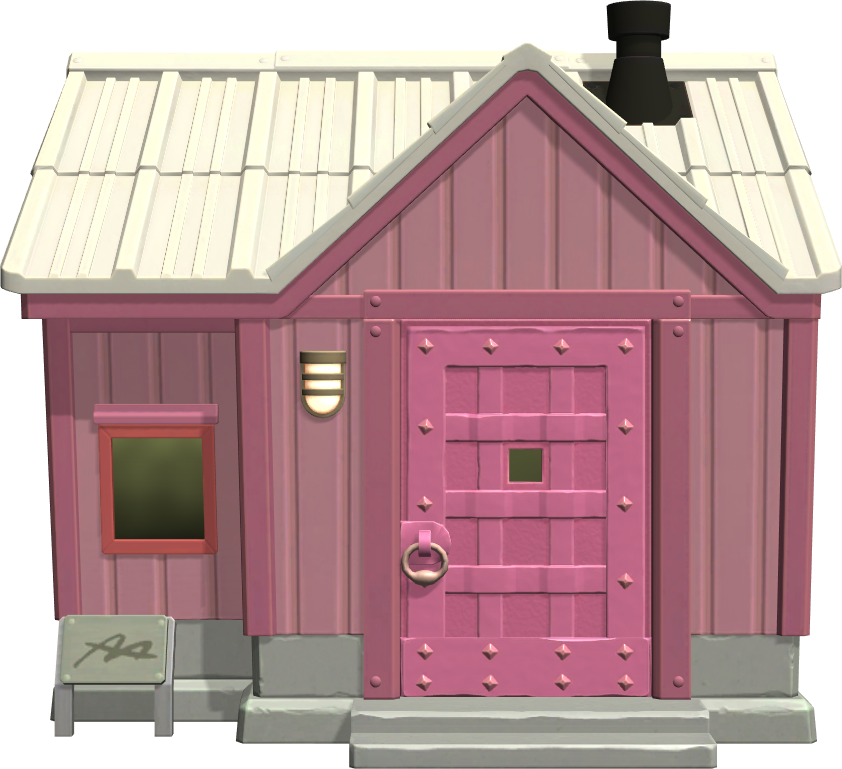 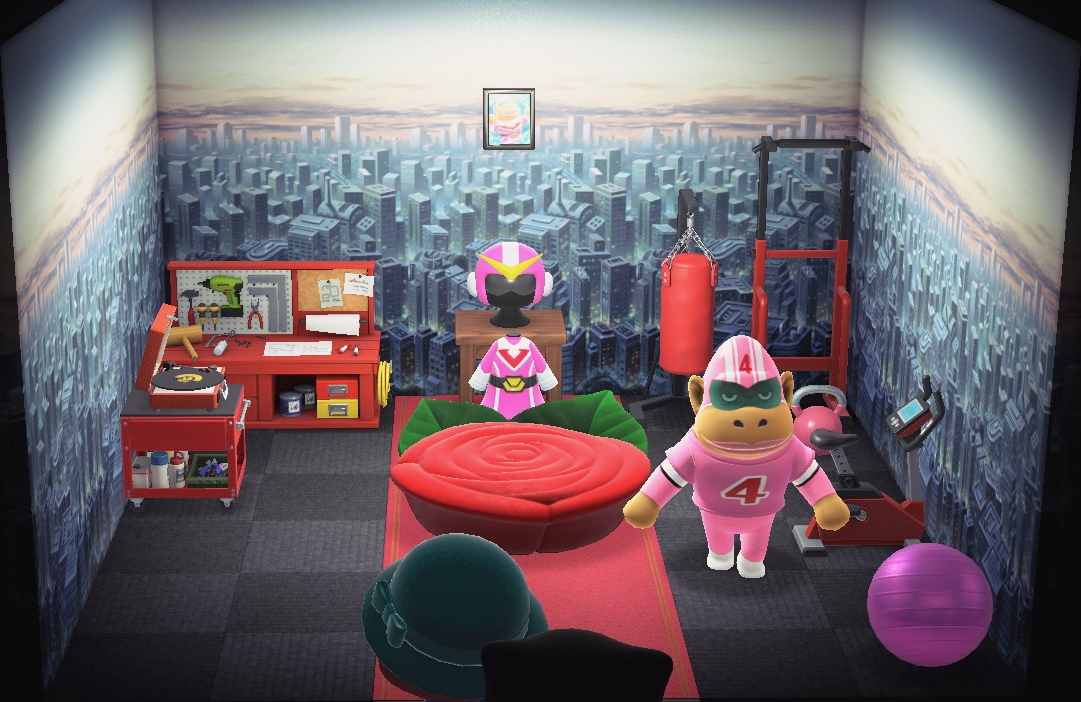 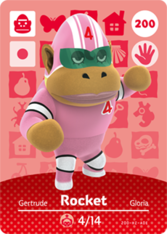