Kid Cat is a jock cat villager in the Animal Crossing series. He first appeared in Doubutsu no Mori e+ and has appeared in all subsequent games. His name likely comes from his superhero appearance.

Kid Cat is one of five villagers dressed as a superhero, wearing a numbered helmet with a visor along with a matching shirt. The other villagers are Agent S, Big Top, Rocket, and Filly.

In New Horizons, Kid Cat has the fitness hobby and will wear sporty shades and lift heavy dumbbells while exercising.

Kid Cat is a white cat with a red helmet and sweat bands. His ears are light blue on the inside while white on the outside, sticking out from his helmet. His tail is white transitioned into light blue and his arms and legs are red with a white tip. He has large, wide-open eyes behind his helmet's sun-visor. He initially wears a No. 1 shirt, which matches his helmet and has a number "1" on it.

As a jock villager, Kid Cat is energetic and has an interest in physical fitness and activity. He often talks about exercise or sports and may brag about his physical fitness. While often friendly to the player, he may comment on their fitness. During conversations with other villagers, he generally gets along well with peppy villagers due to their similar hyper personalities and will also get along with smug villagers, while he may offend snooty villagers by critiquing their fitness and annoy cranky villagers with his hyper personality. In New Horizons, Kid Cat goes to sleep at 12:30 AM and wakes up at 6:30 AM.

In Doubutsu no Mori e+, Kid Cat can only move to the player's town if his e-Reader card is scanned.

In Animal Crossing: Wild World, Kid Cat cannot be one of the starting villagers in the player's town.

Spandex is the best disguise.

In Animal Crossing: City Folk, Kid Cat cannot be one of the starting villagers in the player's town. 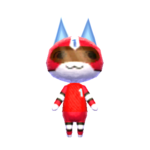 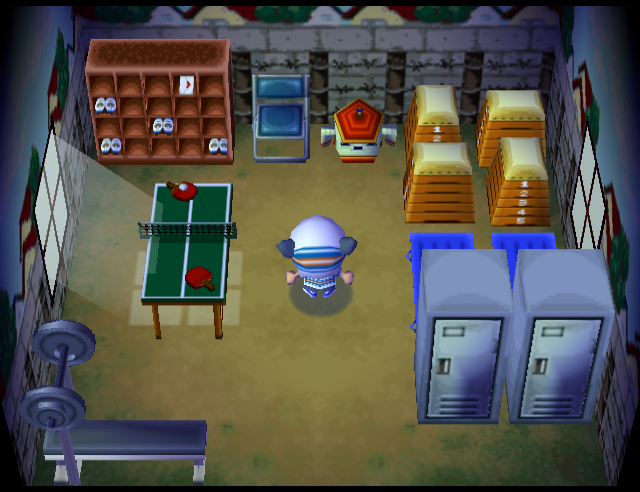 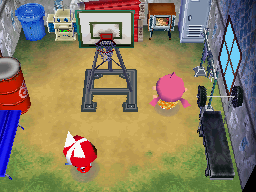 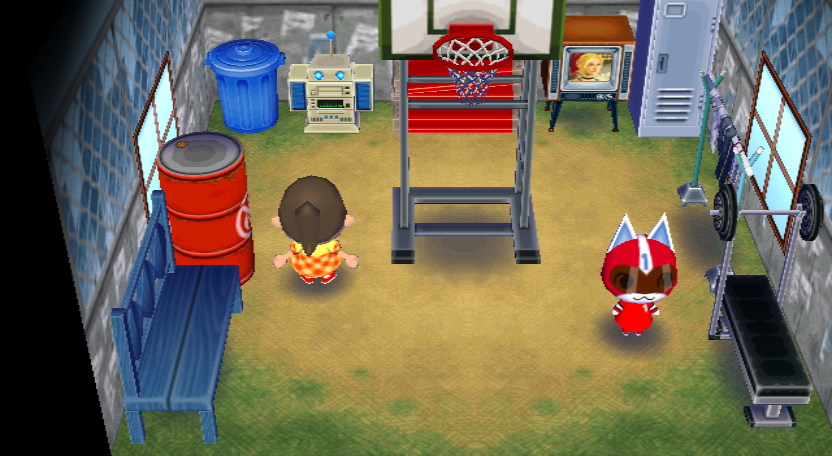 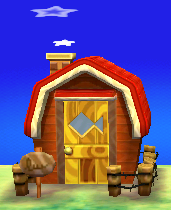 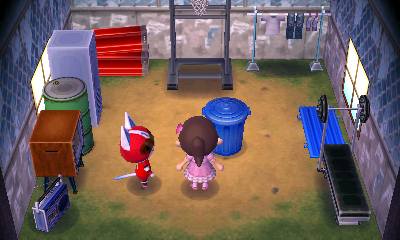 In Animal Crossing: New Horizons, if Kid Cat is one of the starter villagers, his house will have craftable items primarily from the Wooden Series. He cannot have his initial house interior unless he moves out of the player's island or the Happy Home Paradise DLC is purchased, in which either the player or Isabelle can reset the interior. 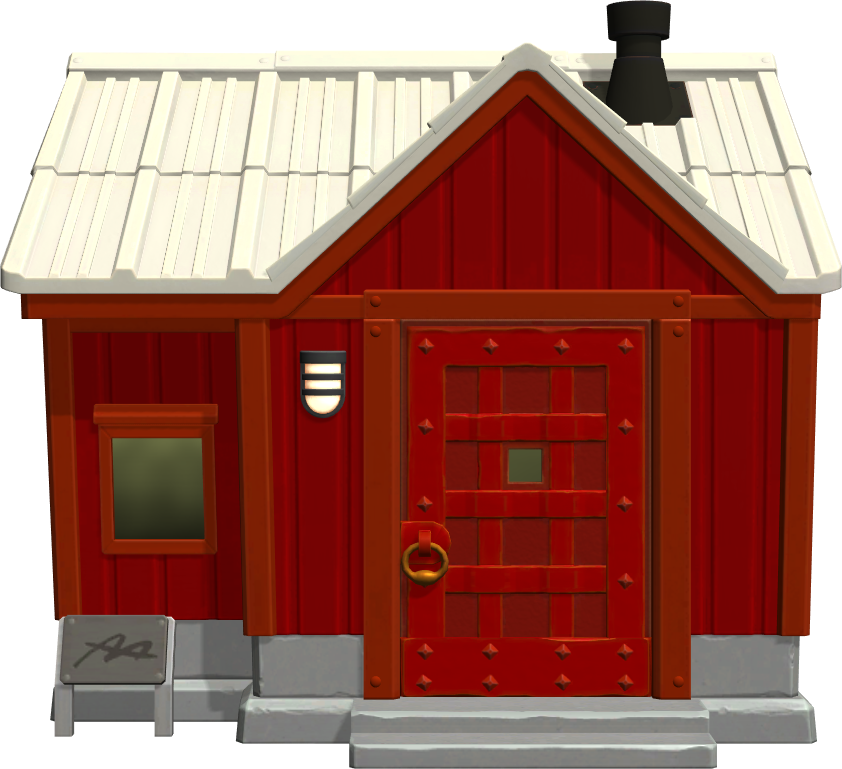 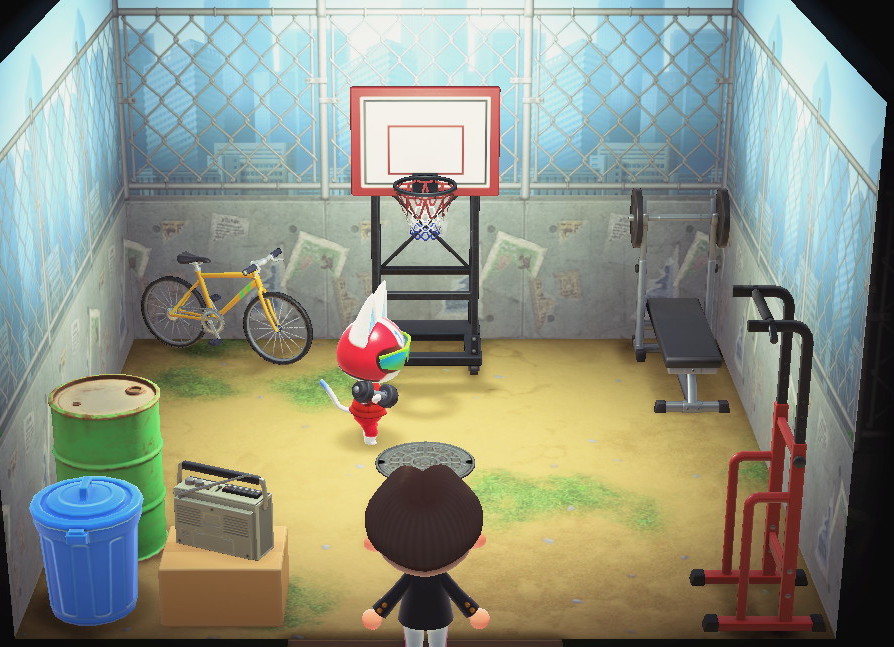 Kid Cat is one of the 40 villagers in Animal Crossing: Pocket Camp who have been in the game since its release. 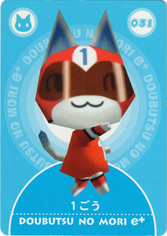 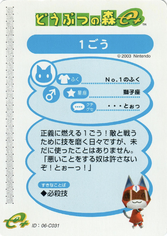 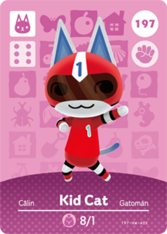