For the villager whose German name is Quetzal, see Avery.

Quetzal is a jock eagle villager in the Animal Crossing series. He appears in Doubutsu no Mori, Animal Crossing, and Doubutsu no Mori e+. His name comes from the quetzal, a species of bird. It may also, given his Native American-influenced appearance, come from Quetzalcoatl, the birdlike Aztec god of wisdom and wind.

Quetzal in Doubutsu no Mori.

Quetzal is a gray eagle that greatly resembles a Native American, similar to Leigh, a peppy chicken villager, and has red war-paint on his cheeks, while also having green and orange striped tips at the end of his feathers. His orange beak is also tipped yellow at the end and along his nostrils. He has black eyes with orange irises that appear stern, representing his determined personality.

Quetzal is a jock villager, meaning he will like to talk about muscles and exercising. Quetzal will not get along with lazy villagers, due to their conflicting lifestyles, and will also question snooty villagers on their weight, offending them. 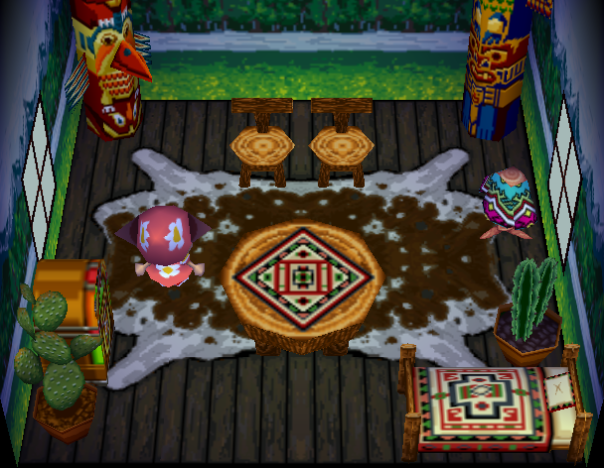 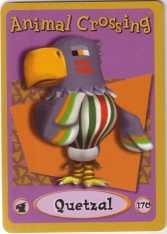 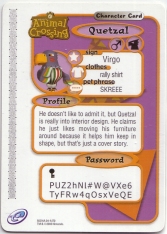