Hank in Doubutsu no Mori.

Hank is a green chicken with purple eyeshadow, a red comb, and an orange beak and orange feet. He has small dimples under both eyes. 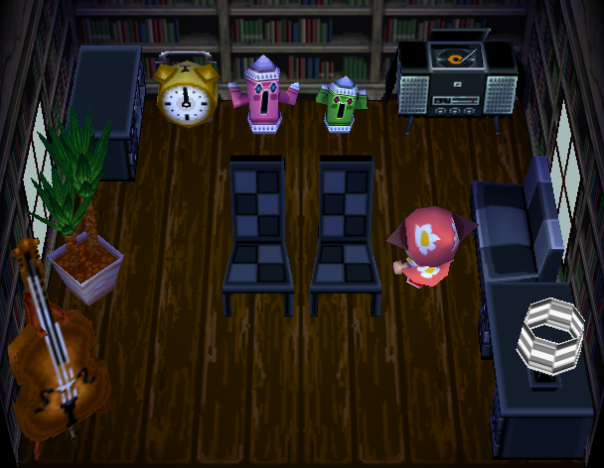 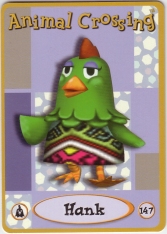 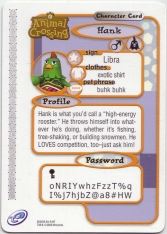