For the villager whose Italian name is Leopold, see Mott.

Leopold is a lion villager in the Animal Crossing series. He first appeared in Doubutsu no Mori with a jock personality, and after his appearance in Doubutsu no Mori e+, he remained absent from the series until Animal Crossing: New Leaf - Welcome amiibo, where he returns with a smug personality. His name is probably wordplay on the lion's scientific name, Panthera leo. It could also be a take on the infamous lineage of King Leopolds in Belgium, which would coincide with the "Kings of the Jungle" metaphor often associated with lions. According to his e-Reader card profile, Leopold aspires to be a teacher (a reference to his Japanese name) and exercises both physically and mentally.

In New Horizons, Leopold has the education hobby and can be seen wearing rimmed glasses, reading a novel while outside, and using a magnifying glass when near certain objects.

Artwork of Leopold from Animal Crossing.

Leopold is a beige lion with a lighter beige muzzle. He has a green mane and wears glasses. The tips of his paws are a dark brown, as well as his tail.

Originally, Leopold had the jock personality. Since his return in Animal Crossing: New Leaf - Welcome amiibo, however, he has been given the smug personality.

In Animal Crossing, Leopold has a jock personality, which means he is energetic and has an interest in physical fitness and activity. He often talks about exercise or sports and may brag about his physical fitness. While often friendly to the player, he may comment on their fitness. During conversations with other villagers, he generally gets along well with peppy villagers due to their similar hyper personalities, while he may offend snooty villagers by critiquing their fitness and annoy cranky villagers with his hyper personality. Leopold goes to sleep at 12:00 AM and wakes up at 6:30 AM.

In Animal Crossing: New Leaf - Welcome amiibo, Leopold has a smug personality, essentially the male equivalent of the snooty personality. He is very kind-hearted, and he will act very polite and sometimes gentleman-like, though he also acts arrogant and conceited as a result of his upclass lifestyles. He will easily get along with villagers of any personality, but will come into conflict with cranky villagers, who will claim that Leopold is "mucking around". He will sometimes flirt with the player, regardless of gender.

In Animal Crossing: New Leaf - Welcome amiibo, Leopold can only move to the player's town if his amiibo card is scanned, or if he is invited to move in from another player's town. 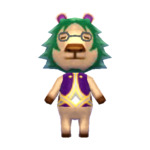 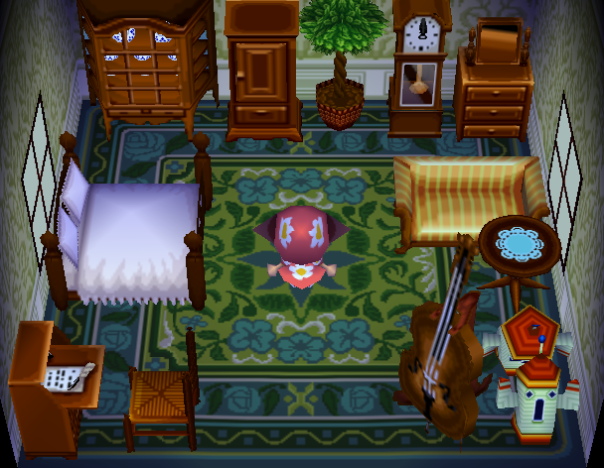 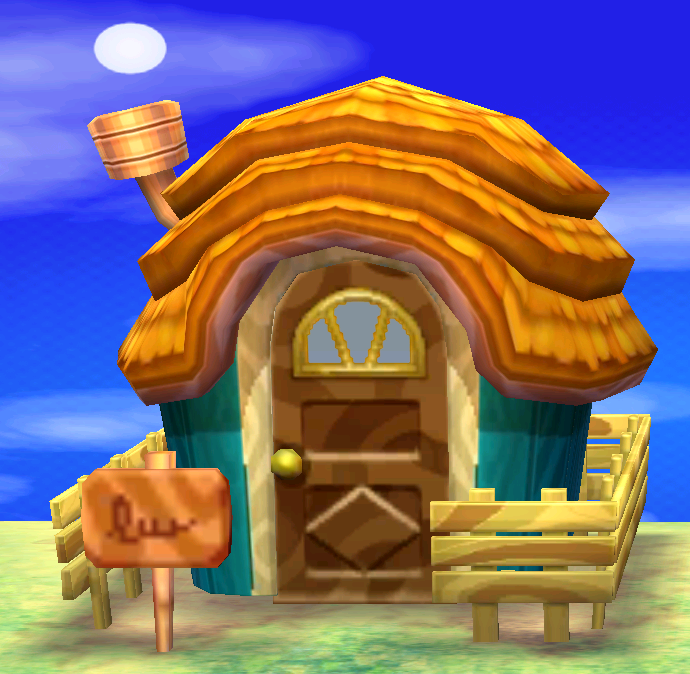 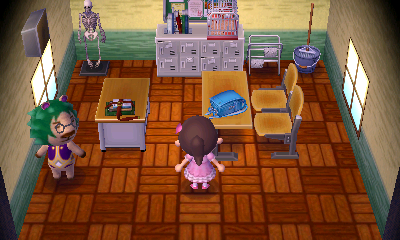 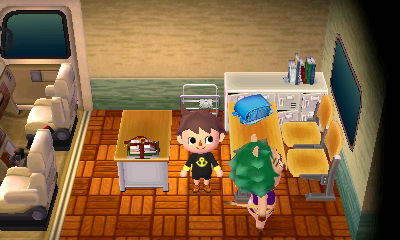 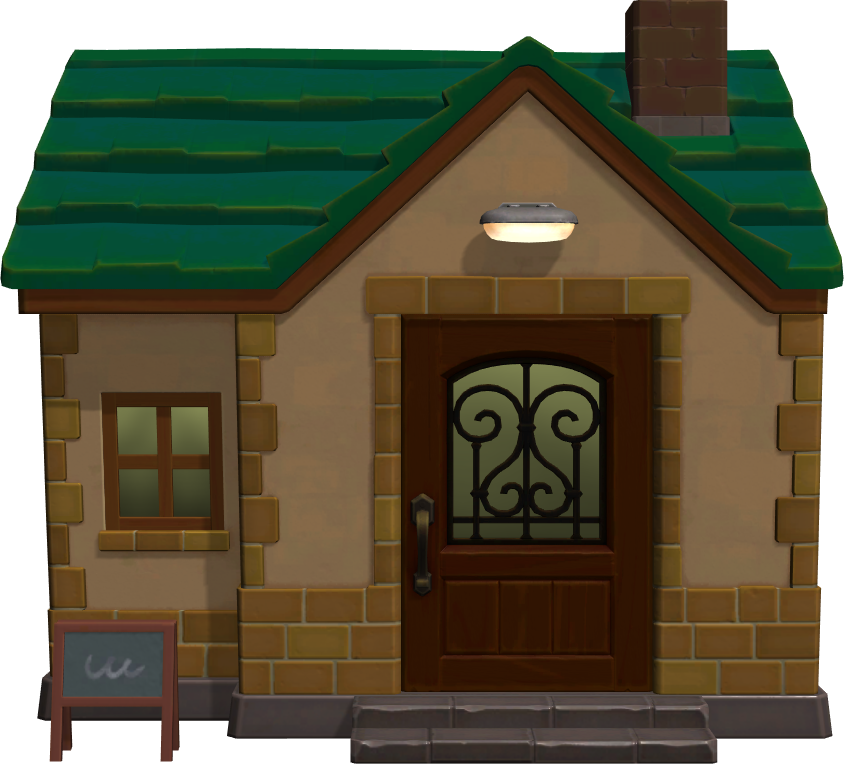 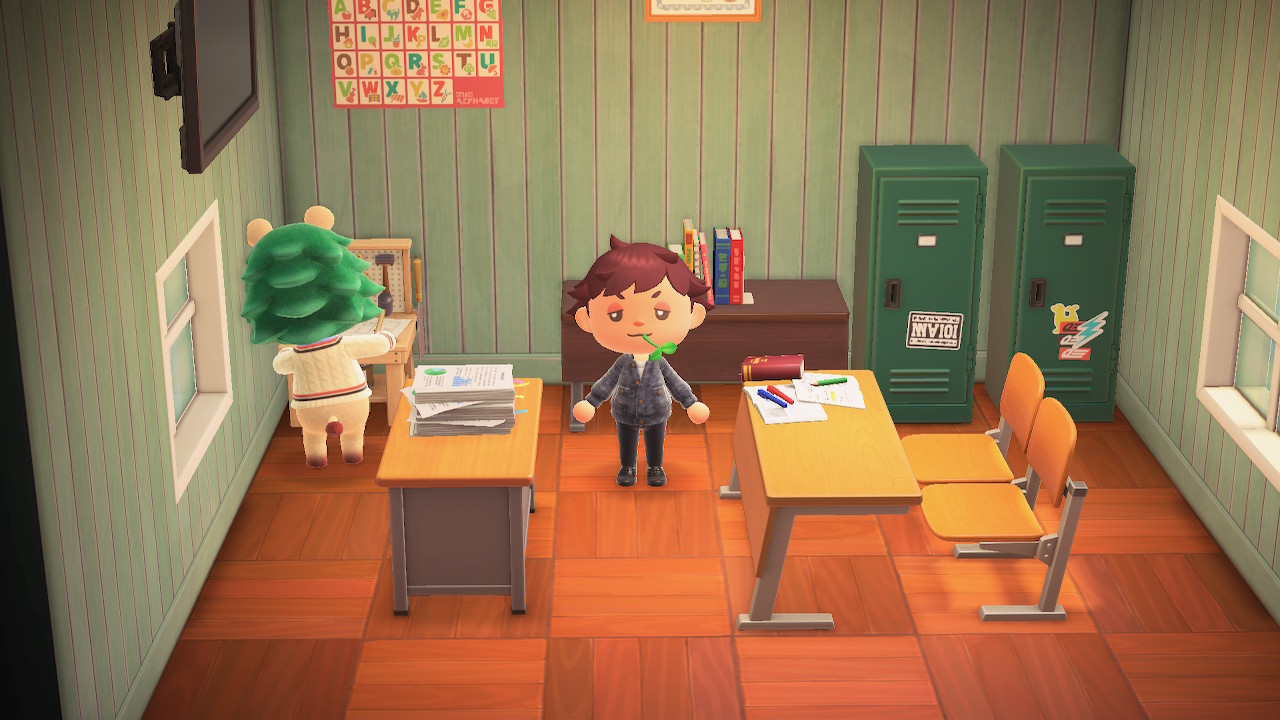 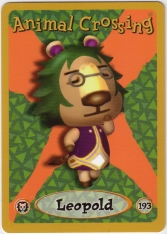 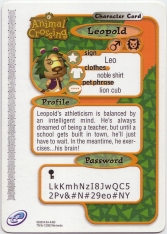