"Yo! What are you up to? Wanna try <activity> with me for a while?"
— Wisp imitating Toby, Animal Crossing: New Leaf - Welcome amiibo

Toby is a smug rabbit villager in the Animal Crossing series. He first appeared in Animal Crossing: New Leaf - Welcome amiibo and has appeared in all subsequent games. He is one of the Sanrio crossover villagers and is based on the frog character Keroppi, sharing the same birthday as him.[1] Toby's catchphrase, "ribbit," is the onomatopoeia for a frog's croak, since Keroppi is a frog. Toby's Japanese catchphrase, kerokero (けろけろ), is the Japanese onomatopoeia for a frog's croak and is also derived from Keroppi's namesake. Toby's favorite saying is a wordplay on "to be, or not to be," a famous quote from the Shakespearean play, Hamlet.

In New Horizons, Toby has the music hobby and may sing anywhere without the need of a stereo. This is a reference to Keroppi's talent for singing.[2]

Toby is a yellow rabbit with pale blue on the insides of his ears. His eyes are large and simple, with small black pupils. He has a blue oval-shaped nose and a mouth which is curved into a smile by default. He has dark green hair styled almost like a bowl cut, which runs straight across his forehead, is parted away from his left eye and partially obscures his right eye. He has pale orange cheek blush, as well as the same pale orange coloration on his hands, feet, and tail. His design is based on the Sanrio character Keroppi, and his hair is decorated with the white doll, Teruteru, that Keroppi is often seen carrying around. He initially wears the Kerokerokeroppi tank top, which has vertical red and white stripes, and a black bowtie.

Toby is a smug villager, meaning he is well-mannered, polite, and friendly. He is quite flirtatious and has a fair number of unseen hobbies that include collecting plastic bottle caps and constantly talking about trains. He enjoys complimenting other villagers, including the player, and he is generous and quite easy to befriend. He is fairly easy to disappoint when the player refuses to trade in items and if the player fails to complete a favor from him.

In Animal Crossing: New Leaf - Welcome amiibo, Toby can only move to the player's town if his amiibo card is scanned.

Toby is the youngest of five kids, unlike Keroppi, who is part of a family with four kids and is not the youngest sibling.[1] Toby's skill of "swimming" is a reference to Keroppi's talent for swimming.[2] His goal of "weatherperson" is a reference to either Keroppi's friend, Teruteru, who is able to accurately predict the weather, or Keroppi's other friend, Noberu, who aspires to be a weather forecaster like his father.[1] 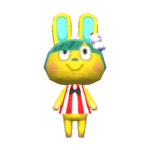 While initially absent from Animal Crossing: New Horizons, Toby was added in an update on March 18, 2021, and he can only move to the player's island if his amiibo card is scanned.[3] Additionally, in all versions of the game, the Kerokerokeroppi poster can be obtained from Nook Shopping after inviting Toby to Photopia via his amiibo card. 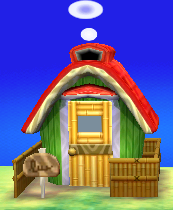 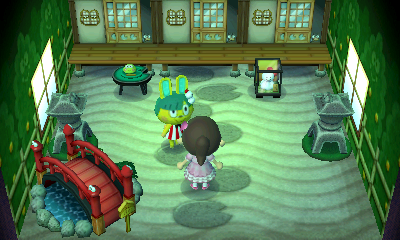 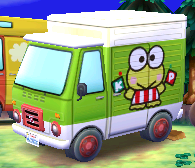 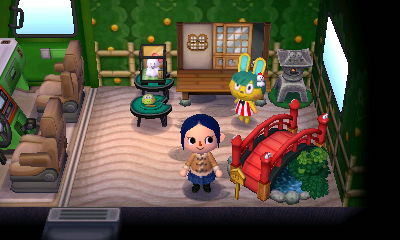 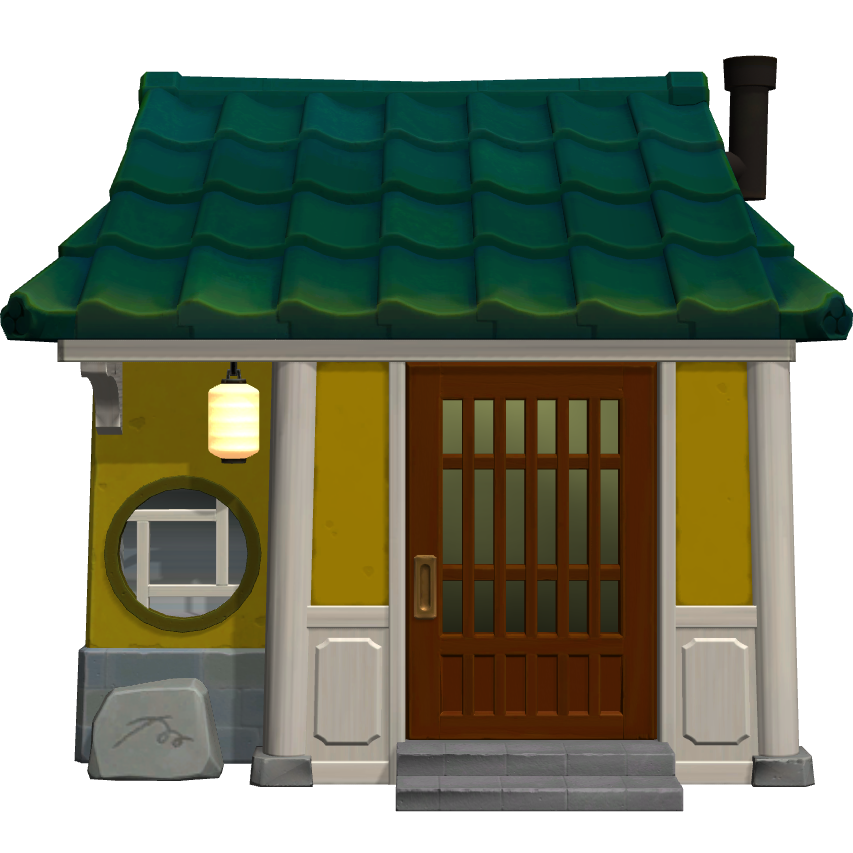 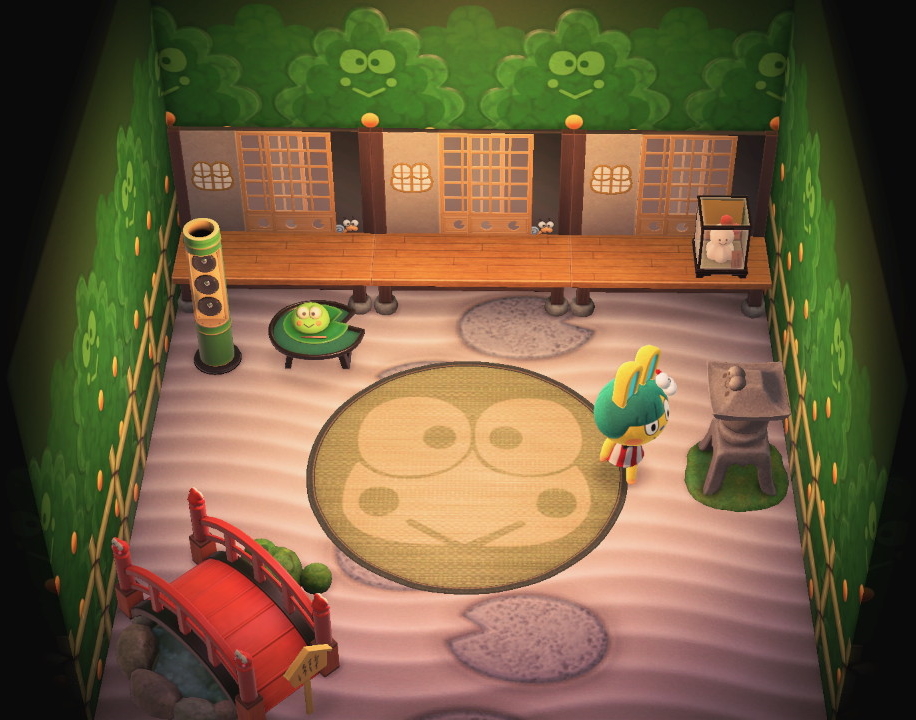