In New Horizons, Lopez has the education hobby and can be seen wearing rimmed glasses, reading a novel while outside, and using a magnifying glass when near certain objects.

Artwork of Lopez from Welcome amiibo.

Lopez is a yellow-orange and white deer with gray horns and black hooves. Although Lopez's species is a deer, his design is based on an antelope, most closely resembling the Thomson's gazelle.

In Animal Crossing: New Leaf, Lopez cannot be one of the starting villagers in the player's town. 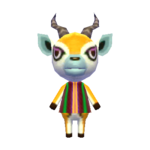 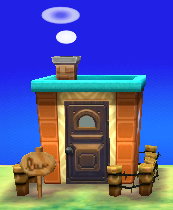 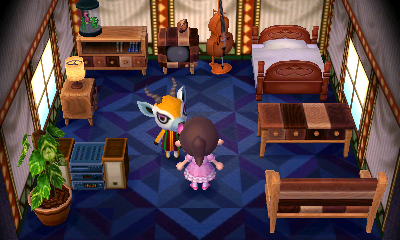 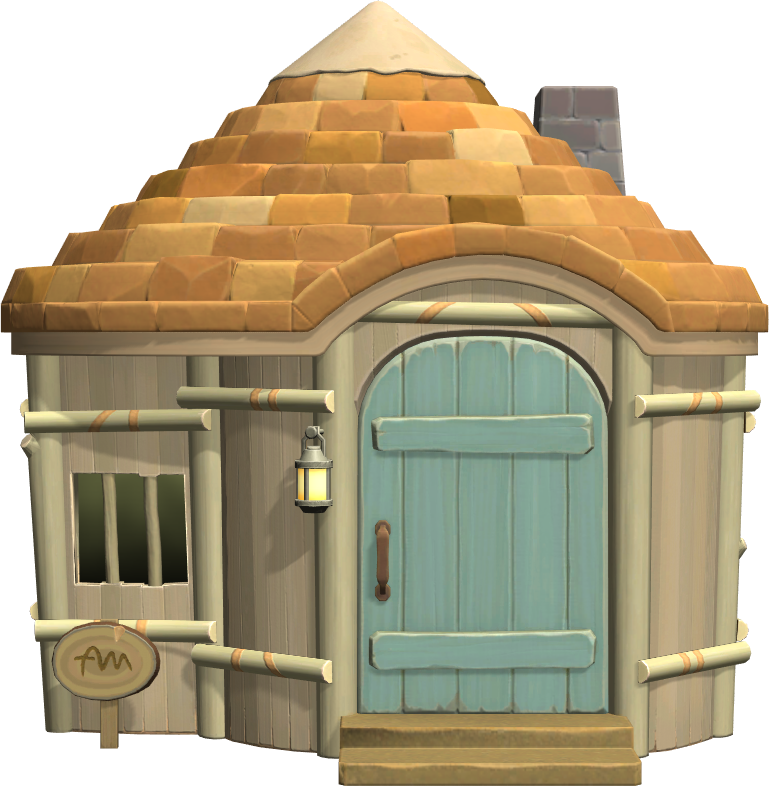 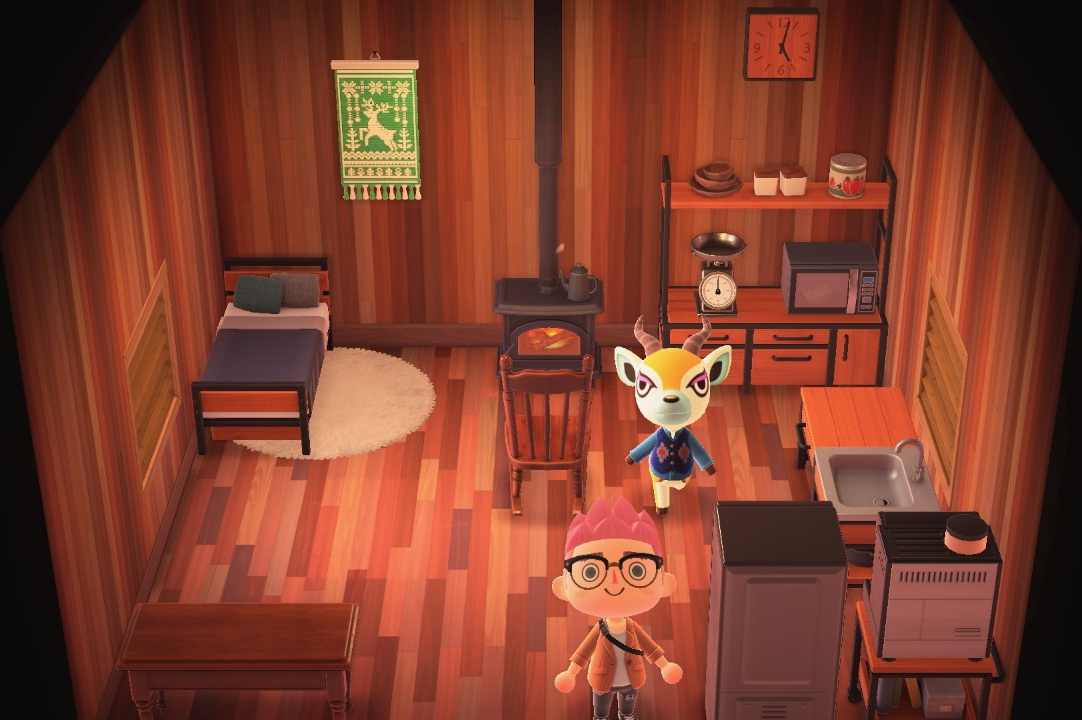 In Animal Crossing: Happy Home Designer, Lopez is one of the three mandatory clients, alongside Carrie and Goldie. 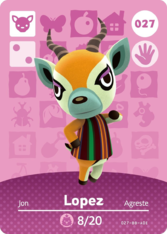