Jambette is a normal frog villager in the Animal Crossing series. She appears in all games to date except Animal Crossing: Wild World and Animal Crossing: Pocket Camp. Jambette's name is French—jambe meaning leg, and -ette being a common diminutive suffix for female names. This is likely a reference to frog legs being a delicacy in some regions, including France. Her catchphrase is a portmanteau of the words croak and okay.

In New Horizons, Jambette has the fashion hobby and may be seen wearing a pink purse with a white flower on it, as well as a specific headwear or accessory item.

Artwork of Jambette from Animal Crossing.

Jambette is a green frog with light green cheeks and light green spots on her arms and legs. She has large, plump lips on which she wears hot pink lipstick. Her eyes are half open, revealing her eyelids, adorned with light blue eyeshadow, as well as her long eyelashes. Her eyes are also black. Though her personality is normal, it would be easy to mistake Jambette for a snooty villager given her appearance and love of fashion.

Jambette has a normal personality, meaning that she will be nice and mother-like to the player. She will be easy to befriend and she will have an obsession with hygiene. Jambette is a normal villager, so she will be open to all different personalities, meaning she will get along with most villagers.

It takes more muscles to frown than to smile. 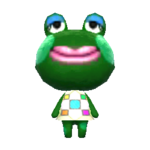 It takes more muscles to frown than smile. 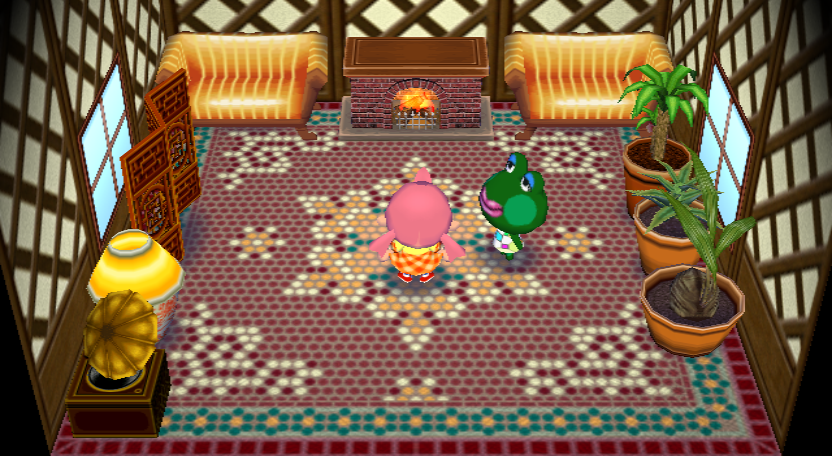 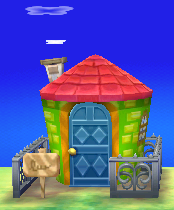 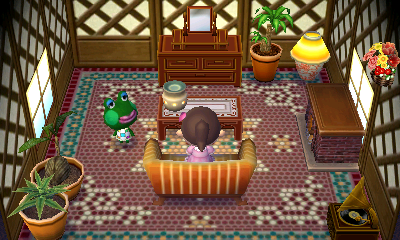 In Animal Crossing: New Horizons, if Jambette is one of the villagers who moved in during the main storyline after the villager house development quest, her house will have a combination of non-craftable furniture, plus items crafted by players during the island development storyline, primarily from the Wooden Series. She cannot have her initial house interior unless she moves out of the player's island or the Happy Home Paradise DLC is purchased, in which either the player or Isabelle can reset the interior. 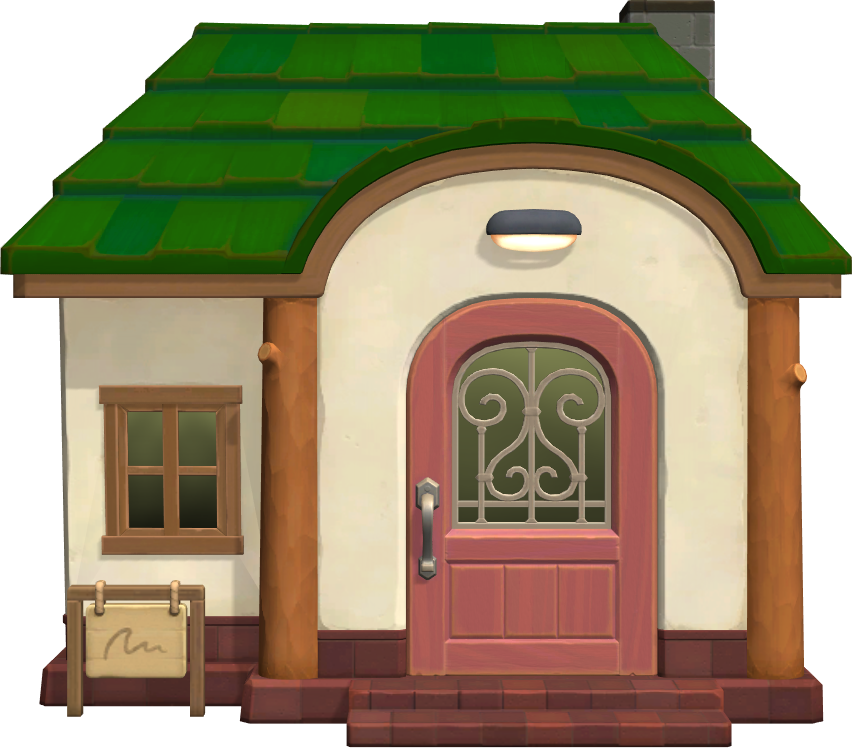 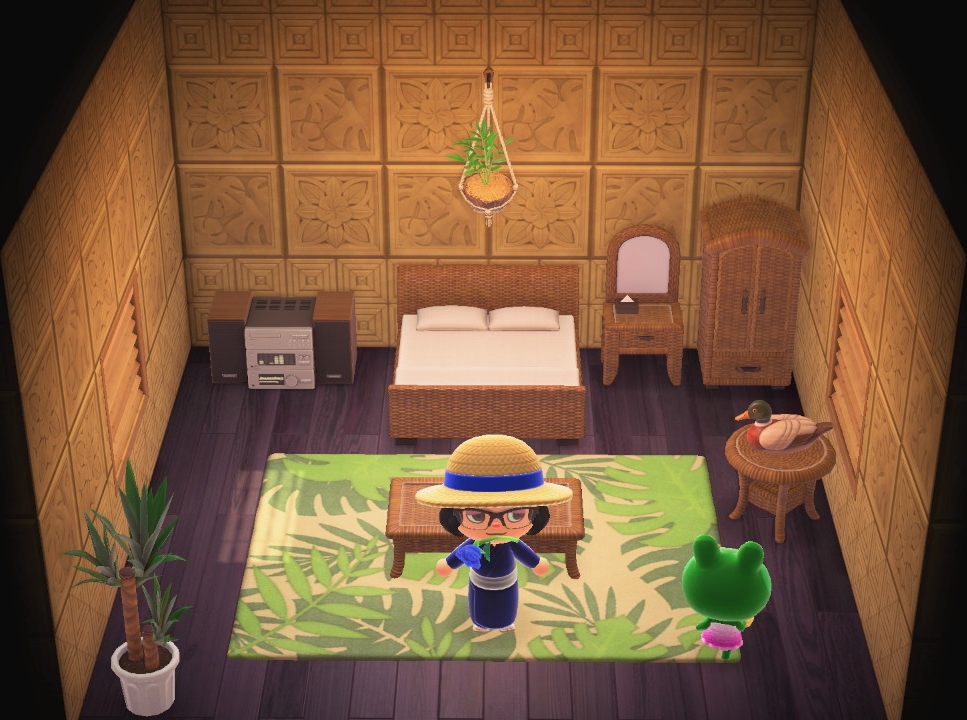 It takes more muscles to frown than to smile. 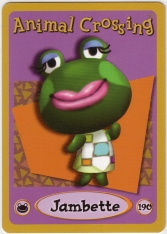 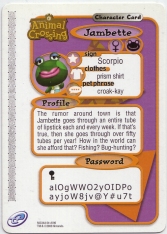 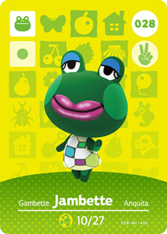