Vesta is a normal sheep villager in the Animal Crossing series who appears in all games to date. Her catchphrase, baaaffo, is a play on baa, onomatopoeia for a sound sheep make. Her favorite saying is a play on the idiom "no skin off my back."

Vesta has an overall theme that revolves around clothing and fashion. Her English name is a play on the word vest, an article of clothing, while her Japanese name, Meriyasu (メリヤス), refers to fabrics or products created via knitting. In every game prior to Animal Crossing: New Horizons, Vesta's house contains clothing and a sewing machine, which refers to how clothing can be knitted from a sheep's wool. Her e-Reader card makes reference to how she loves to create and sport her own clothing. Vesta's starting hobby in Animal Crossing: Wild World is shopping for clothes, another reference to her clothing theme.

In New Horizons, Vesta has the fashion hobby and may be seen wearing a pink purse with a white flower on it, as well as a specific headwear or accessory item.

Artwork of Vesta from Animal Crossing.

Vesta is a sheep with a dark blue face and white features to match her blonde wool. Her horns are yellow and orange.

As a normal villager, Vesta will appear friendly and hospitable towards the player and other villagers. Like other normal villagers, she will have an unseen obsession with hygiene and cleanliness, which she mentions when the player visits her in her home. Other than her hygiene interests, she will appear neutral and open-minded when discussing hobbies, such as gardening, bug catching, fishing and so on. Like other villagers, she will, from time to time, ask the player for favors feeling sorry for having to ask for help, but appearing very gracious once the task has been complete. She will get along easily with other villagers, but may conflict with lazy villagers when they talk about food and leading her on to suggesting making them dinner or lunch for them.

I'm so lucky to have this wool coat! 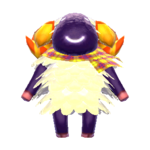 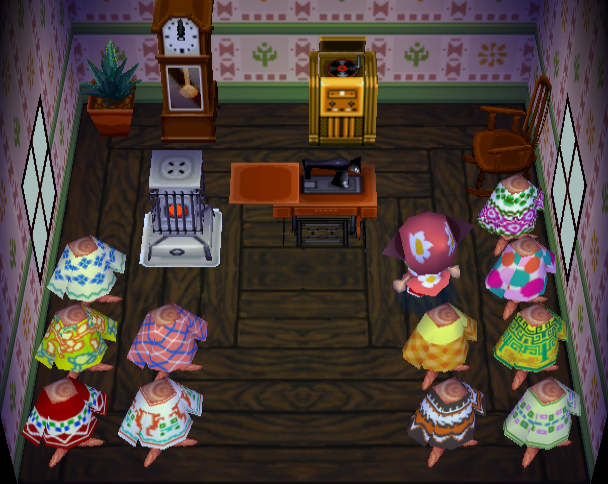 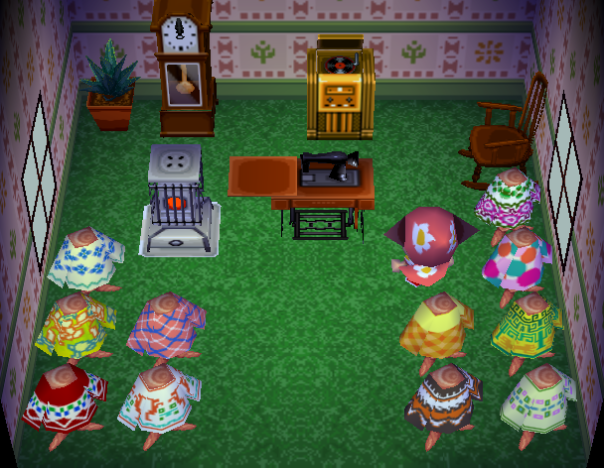 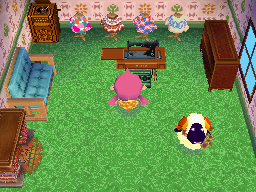 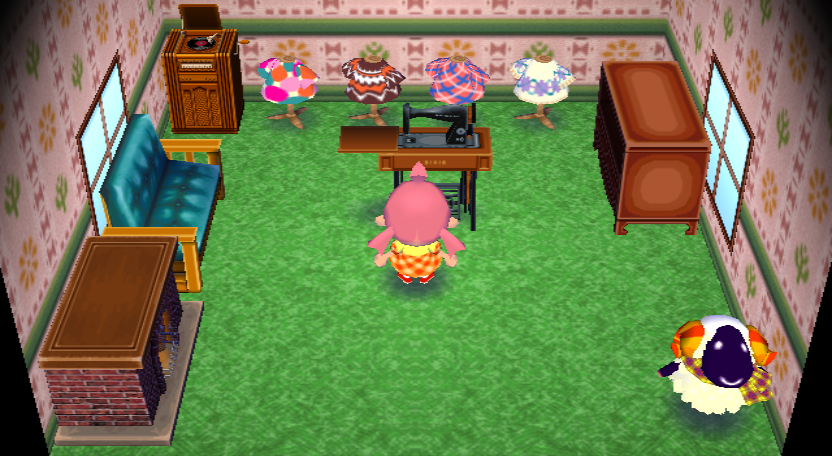 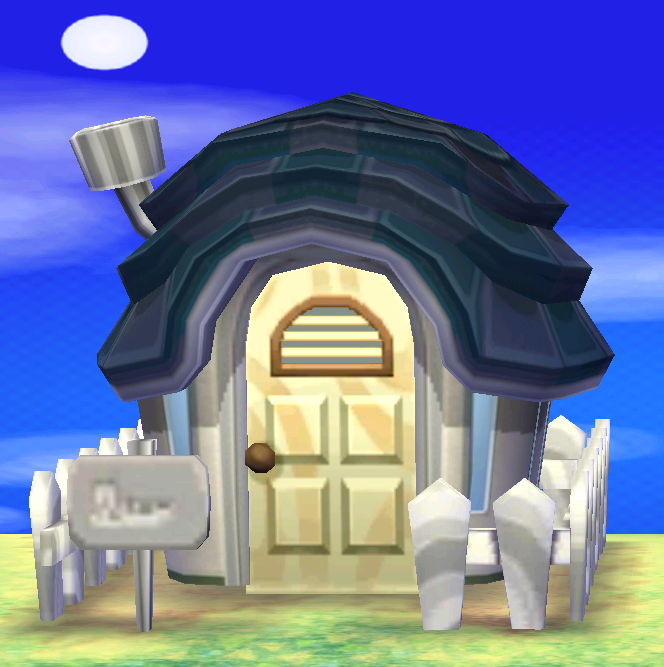 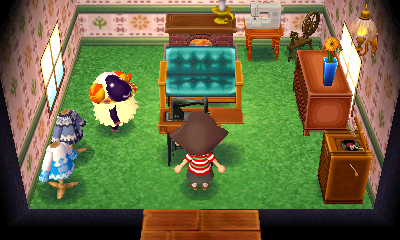 In Animal Crossing: New Horizons, if Vesta is one of the villagers who moved in during the main storyline after the villager house development quest, her house will have a combination of non-craftable furniture, plus items crafted by players during the island development storyline, primarily from the Wooden Series. She cannot have her initial house interior unless she moves out of the player's island or the Happy Home Paradise DLC is purchased, in which either the player or Isabelle can reset the interior. 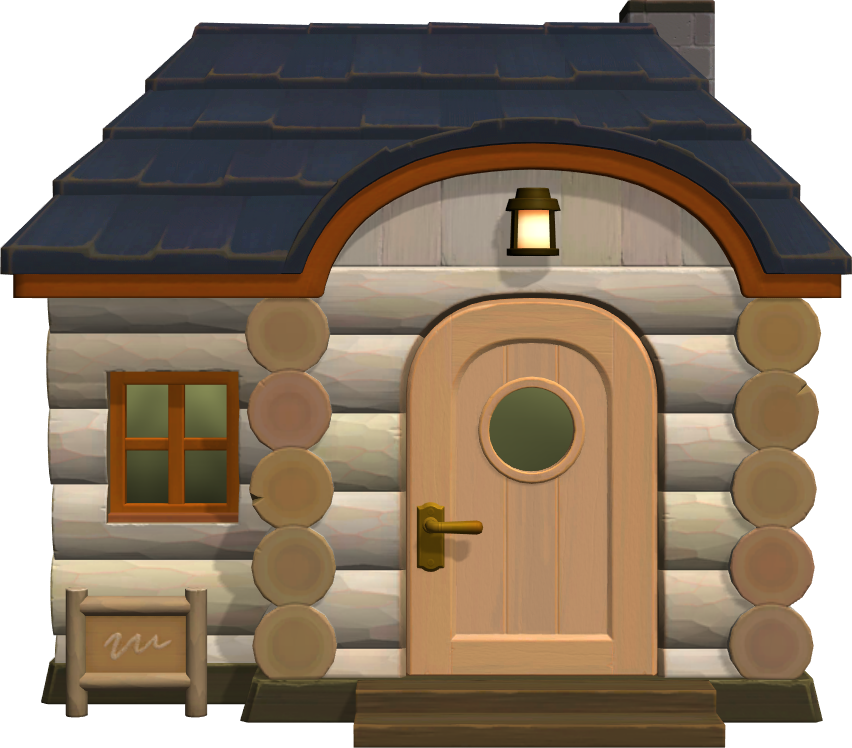 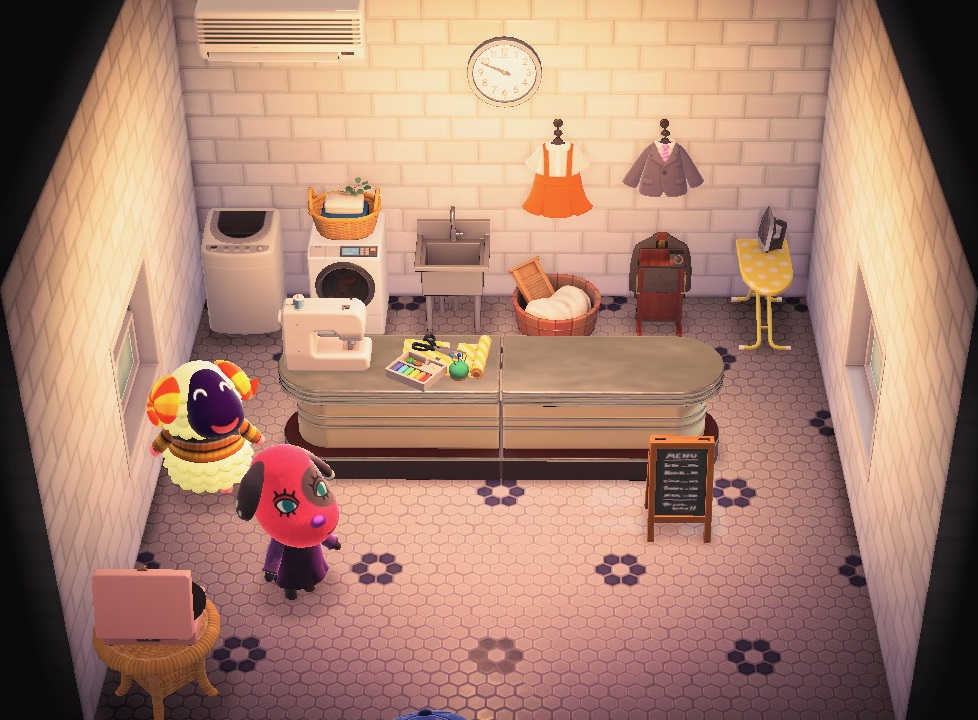 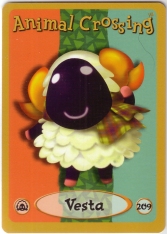 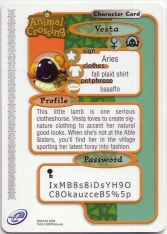 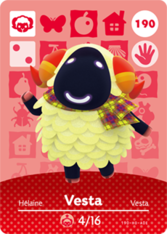