For the villager whose French name is Nana, see Nan.

Nana is a normal monkey villager in the Animal Crossing series. She first appeared in Animal Crossing: Wild World and has appeared in all subsequent games. She is the only normal monkey in the series. Her name may come from banana, a fruit commonly associated with primates, though it may also reference a character of the same name from Ice Climber. This is evidenced by her pink coloring and catchphrase, "po po" — Popo being another character from the same game.

In New Horizons, Nana has the education hobby and can be seen wearing rimmed glasses, reading a novel while outside, and using a magnifying glass when near certain objects.

Artwork of Nana from City Folk.

Nana is a pink and tan monkey with blue on the inside of her ears.

As a normal villager, Nana will have a positive outlook on life and generally appear relaxed and friendly towards other villagers, including the player. She will appear to be concerned with general hygiene and cleanliness, and upon entering her home she may be worried about how it appears to others. In Animal Crossing: Wild World, she will refer to an imaginary friend called Moppina, which refers to her cleanliness obsession. She will rarely get angry, but may get upset if she feels she has been pressuring the player in tasks or has a negative conversation with a cranky villager, who may have been scheming or gossiping. When this happens and the player attempts to talk to her afterwards, she is very moody and surprisingly rude. Other than that, she is very kind and friendly.

Nana, like all monkey villagers in Animal Crossing: Wild World, can only move to the player's town after being distributed via a promotional Game Card. Her favorite saying on her picture is identical to Flora's in Animal Crossing: New Leaf, with the exception of the punctuation.

Pink is the new black!

In Animal Crossing: City Folk, Nana cannot be one of the starting villagers in the player's town. 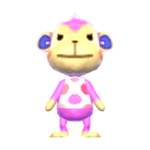 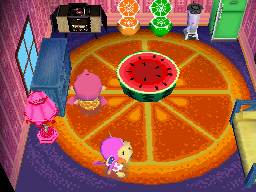 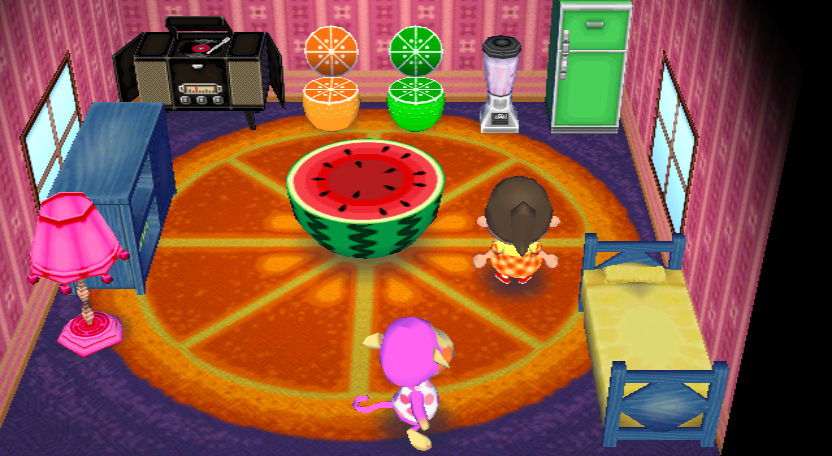 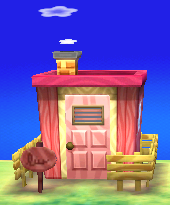 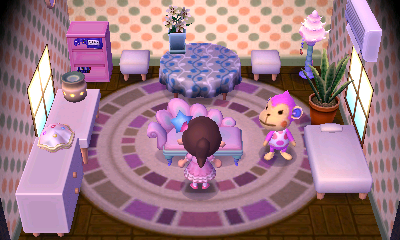 In Animal Crossing: New Horizons, if Nana is one of the villagers who moved in during the main storyline after the villager house development quest, her house will have a combination of non-craftable furniture, plus items crafted by players during the island development storyline, primarily from the Wooden Series. She cannot have her initial house interior unless she moves out of the player's island or the Happy Home Paradise DLC is purchased, in which either the player or Isabelle can reset the interior. 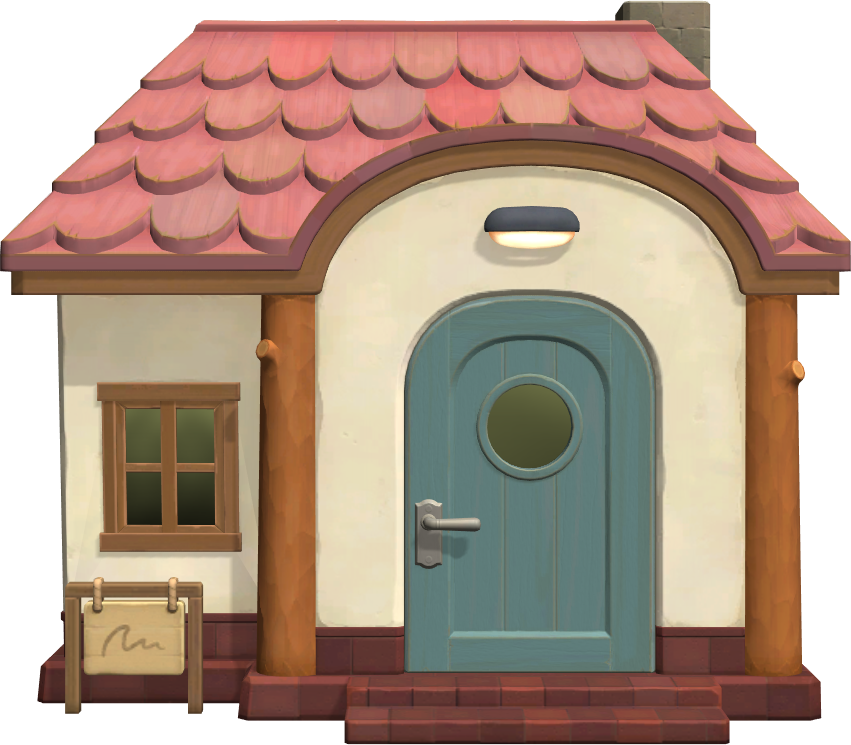 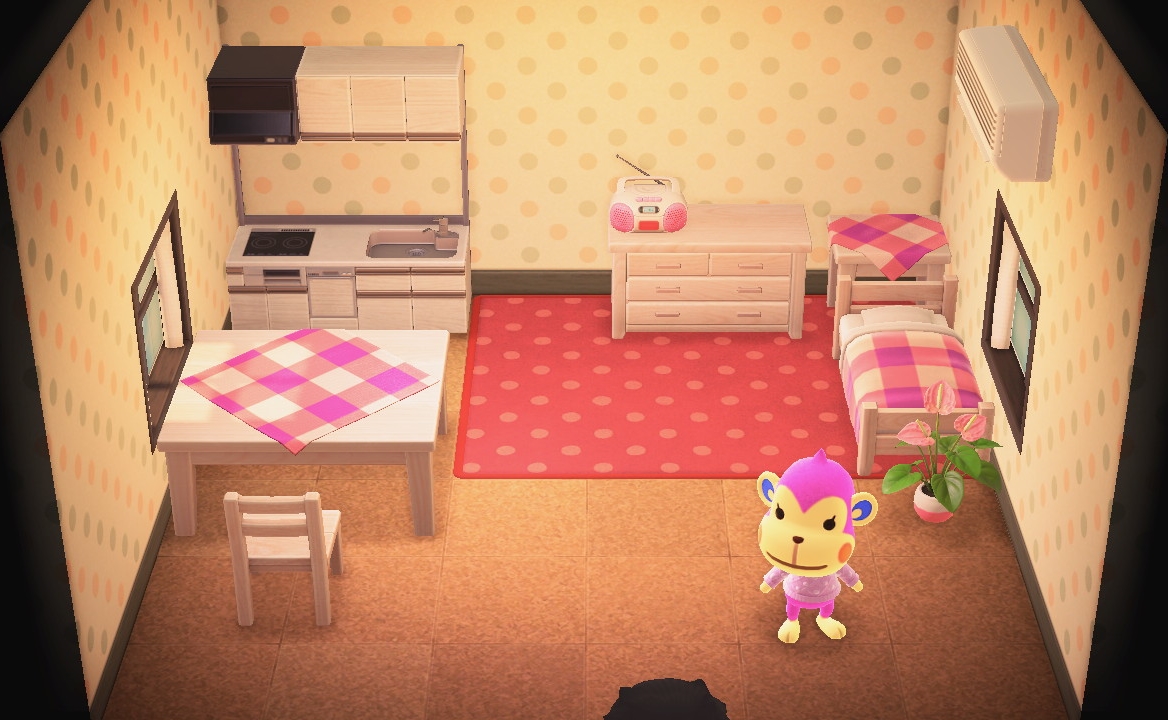 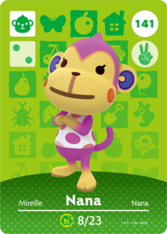