Ketchup is a peppy duck villager in the Animal Crossing series. After her debut in Doubutsu no Mori e+, she would remain absent from the series until Animal Crossing: New Leaf - Welcome amiibo. Her name comes from tomato ketchup (tomato sauce), a condiment oftentimes used on sandwiches. This also refers to her appearance, which resembles a tomato. Her catchphrase is the name of a snooty hippo villager.

In New Horizons, Ketchup has the play hobby and can run around with her arms extended at any time, rather than only outside Resident Services during a scripted activity with a group of villagers.

Ketchup in Doubutsu no Mori e+.

Ketchup is a red duck that appears similar to a tomato, hence her name. She possesses an orange beak, orange cheeks, black legs and green hair that has the appearance of leaves on her forehead. Her stomach and the tips of her wings are yellow and lime green colored.

As a peppy villager, Ketchup will appear cheerful and friendly. To some people, she can appear rude. She has a short attention span and may have the tendency to overreact about small things. She will be easy to befriend, taking comfort in those she talks to most. She may, however, feel insulted when talking to snooty or cranky villagers, who may gossip about her or disagree with her style. She gives out comfort to jocks, who are the equivalent to the peppy villagers, along with other peppy villagers. She also gets along well with lazy, big sister and smug villagers.

In Doubutsu no Mori e+, Ketchup can only move to the player's town if her e-Reader card is scanned.

In Animal Crossing: New Leaf - Welcome amiibo, Ketchup can only move to the player's town if her amiibo card is scanned, or if she is invited to move in from another player's town. 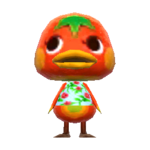 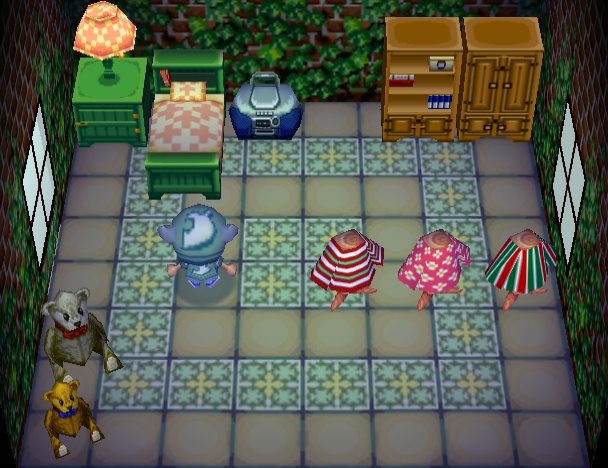 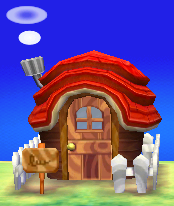 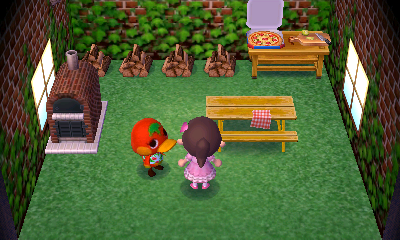 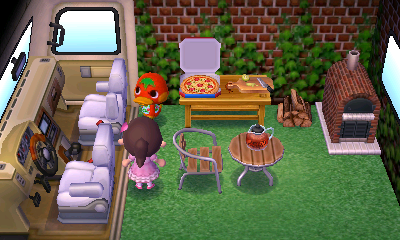 In Animal Crossing: New Horizons, if Ketchup is one of the villagers who moved in during the main storyline after the villager house development quest, her house will have a combination of non-craftable furniture, plus items crafted by players during the island development storyline, primarily from the Wooden Block Series. She cannot have her initial house interior unless she moves out of the player's island or the Happy Home Paradise DLC is purchased, in which either the player or Isabelle can reset the interior. 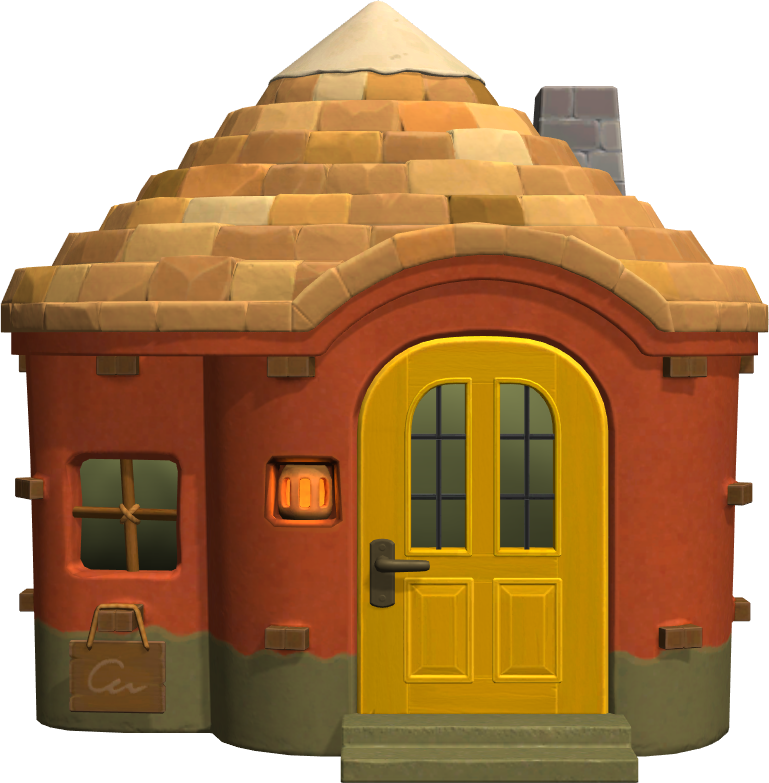 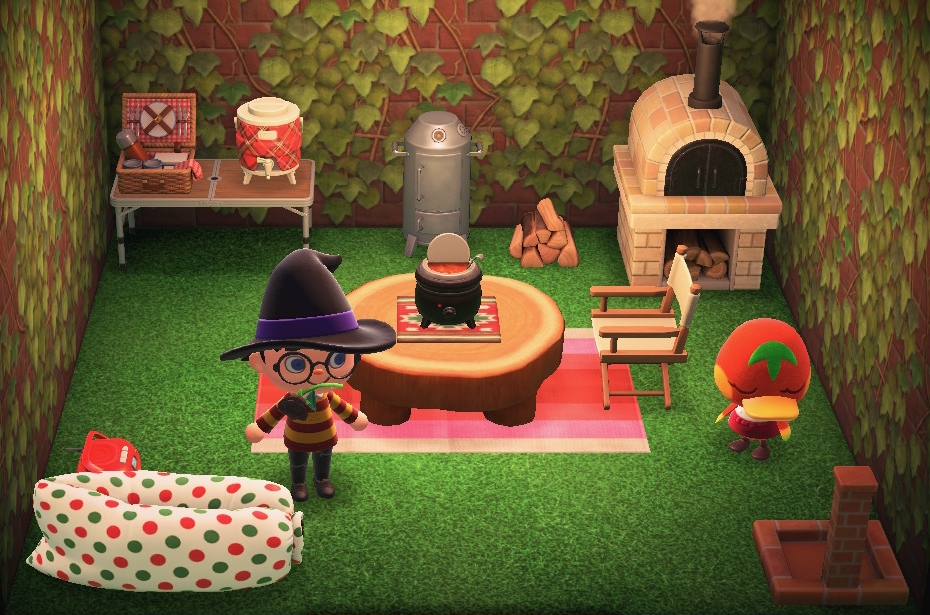 Ketchup is one of the 40 villagers in Animal Crossing: Pocket Camp who have been in the game since its release. 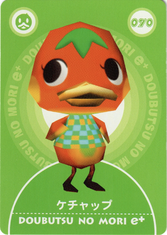 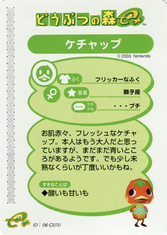