For the villager whose Japanese name is Wendy, see Frita. For French, see Paula.

Wendy is a peppy sheep villager in the Animal Crossing series. She first appeared in Animal Crossing: City Folk and has appeared in all subsequent games. She is the only peppy sheep in the series. Her name may come from the word "windy," due to her weather-related quote, and her wool and horns resembling a dark cloud with lightning bolts. Likewise, her Japanese name means "sleet."

In New Horizons, Wendy has the fashion hobby and may be seen wearing a pink purse with a white flower on it, as well as a specific headwear or accessory item.

Artwork of Wendy from City Folk.

Wendy is a brown sheep with light blue wool, with deep, richer blue on top of her head. She wears pink blush and has dark brown hooves. Her horns are yellow and she has buck teeth. Her appearance strongly resembles that of Stella, a normal villager of the same species.

As a peppy villager, she will appear excited and cheerful when talking to the player and other villagers. If you see her outside, she will often tell the player she ate too much pie, and she needed to take a walk. She may get upset easily, but will soon forget the argument due to her short attention span. Like other peppy villagers, she dreams of becoming famous. When Wendy has an argument it may be due to other animals commenting that she does not have "star quality". She will soon get over it. She will not get along with snooty villagers but may also sometimes conflict with them due to their habit of spreading gossip. She will also get along with lazy, jock and smug villagers. Cranky villagers may have a hard time understanding Wendy, due to their different personalities and lifestyles. In New Leaf, she will go to sleep at 1:00 AM and wake up at 9:00 AM 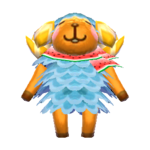 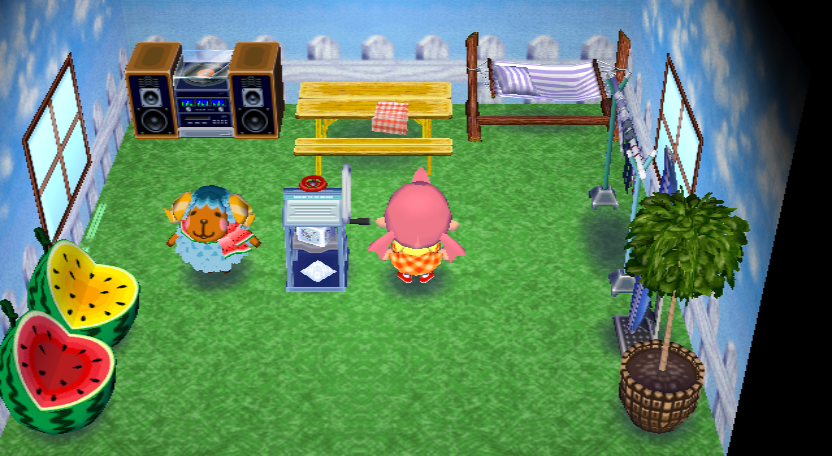 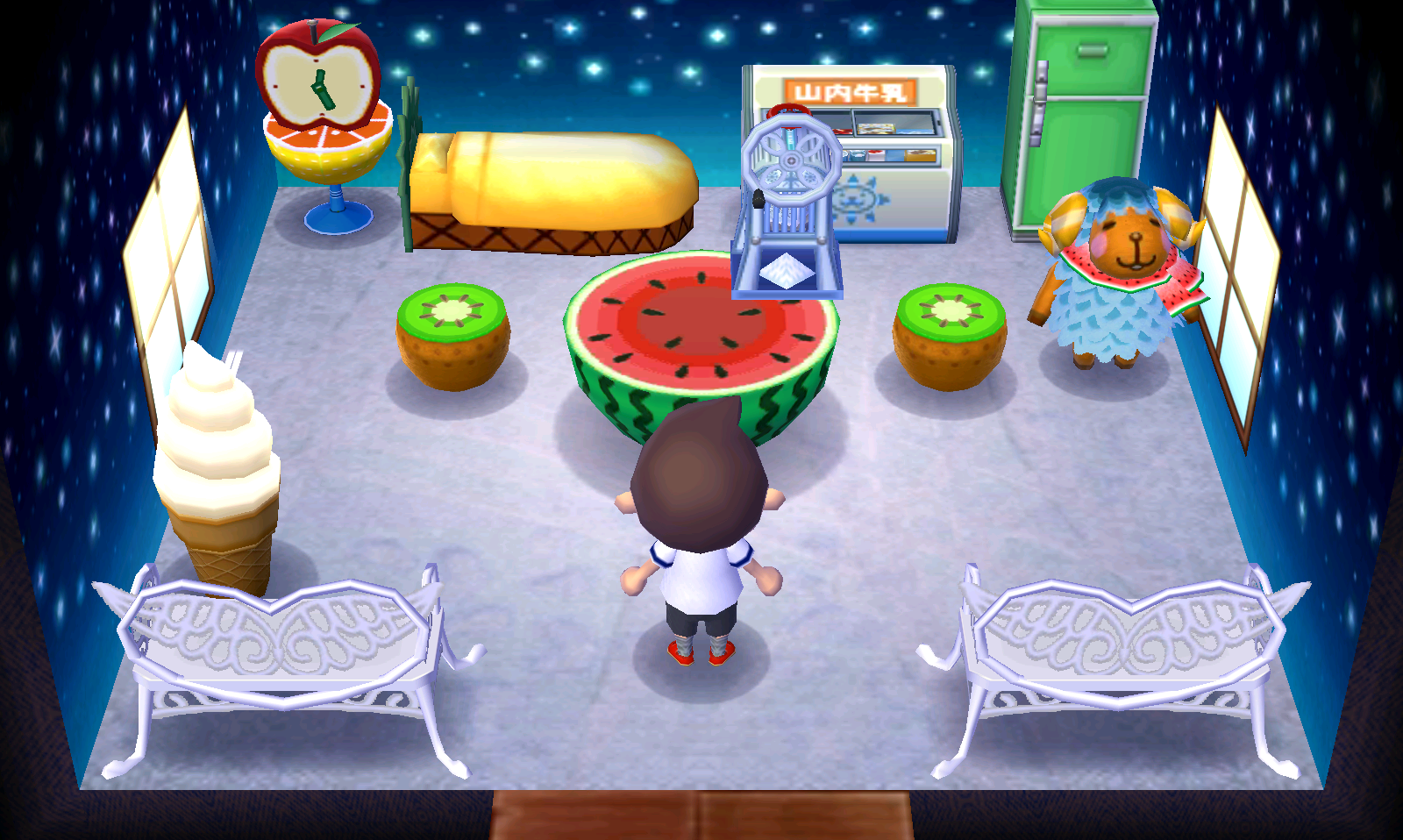 In Animal Crossing: New Horizons, if Wendy is one of the villagers who moved in during the main storyline after the villager house development quest, her house will have a combination of non-craftable furniture, plus items crafted by players during the island development storyline, primarily from the Wooden Block Series. She cannot have her initial house interior unless she moves out of the player's island or the Happy Home Paradise DLC is purchased, in which either the player or Isabelle can reset the interior. 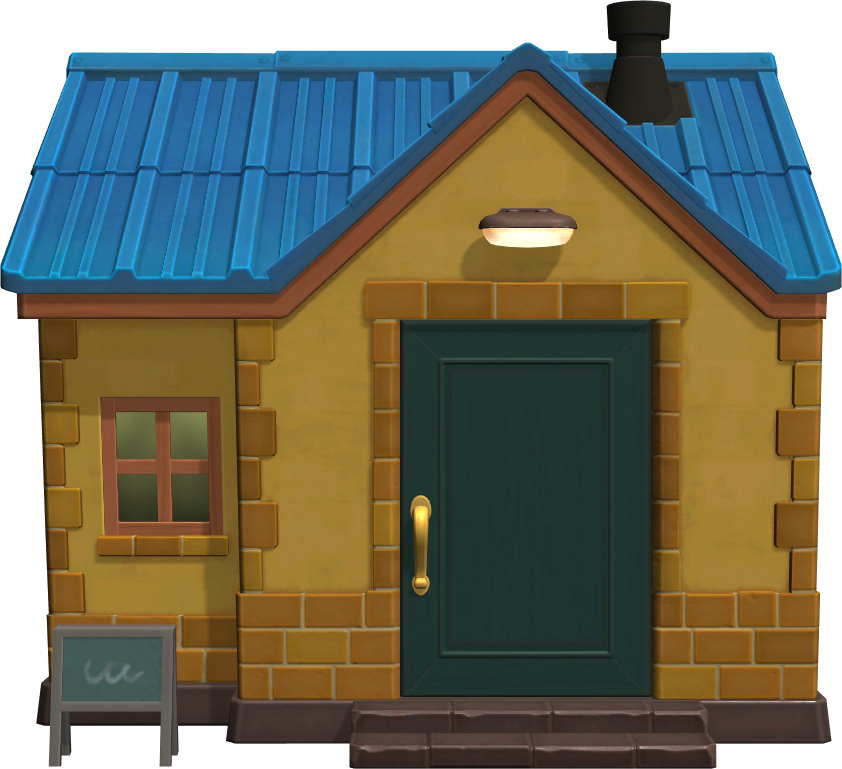 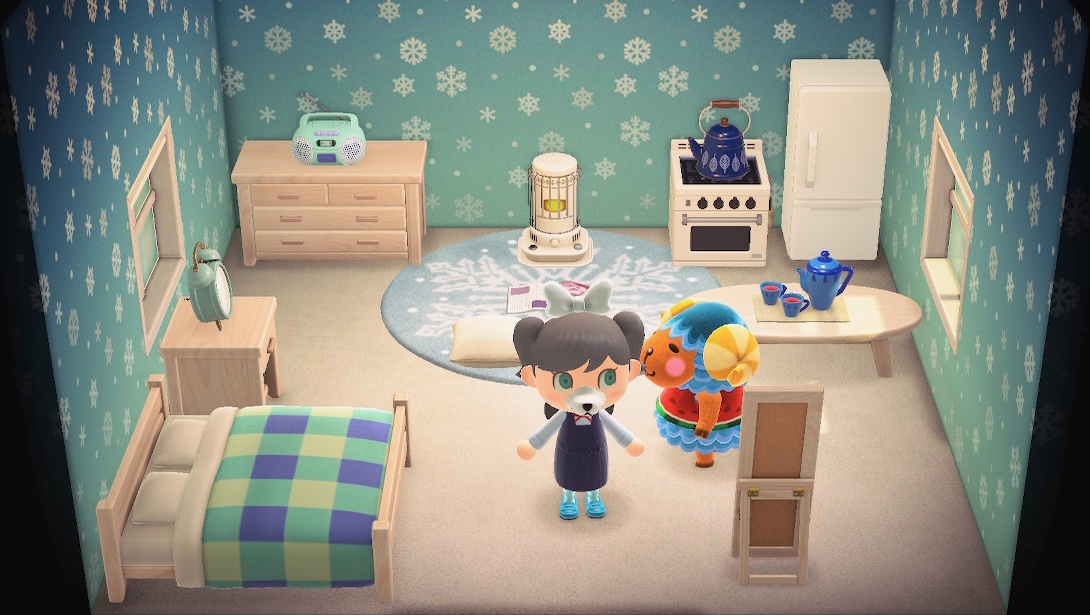 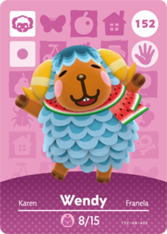