This article is about the bear cub villager. For the monkey villager with a similar name, see Tammi.

In New Horizons, Tammy has the play hobby and can run around with her arms extended at any time, rather than only outside Resident Services during a scripted activity with a group of villagers.

Artwork of Tammy from Welcome amiibo.

Tammy is a dominantly bright yellow bear cub with a brunette tuft of hair. She has a white muzzle, hands, and feet. She has an orange-colored blush on her cheeks and pink inner ears. She has black laid-back, half-full eyes with three eyelashes each, and pink eyeshadow covering her eyelids. She has a wide cat-like smile under her black nose.

Tammy is a big sister villager, meaning she is rather blunt, sporty, sister-like and rather tomboyish. She enjoys giving the player advice, mainly on how to win fights, which brings out her very caring, supportive side. Tammy may get along with jock and lazy villagers, though she might find it difficult to converse with snooty villagers, who are quite vain and sometimes rude. She is rather easy to befriend, and is a lot more caring and open about her feelings when befriended.

In Animal Crossing: New Leaf, Tammy cannot be one of the starting villagers in the player's town. 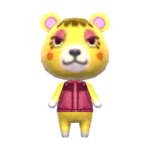 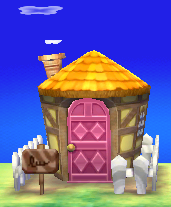 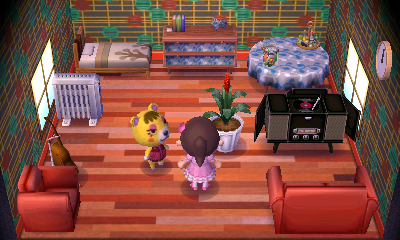 In Animal Crossing: New Horizons, if Tammy is one of the starter villagers, her house will have craftable items primarily from the Wooden Block Series. She cannot have her initial house interior unless she moves out of the player's island or the Happy Home Paradise DLC is purchased, in which either the player or Isabelle can reset the interior. 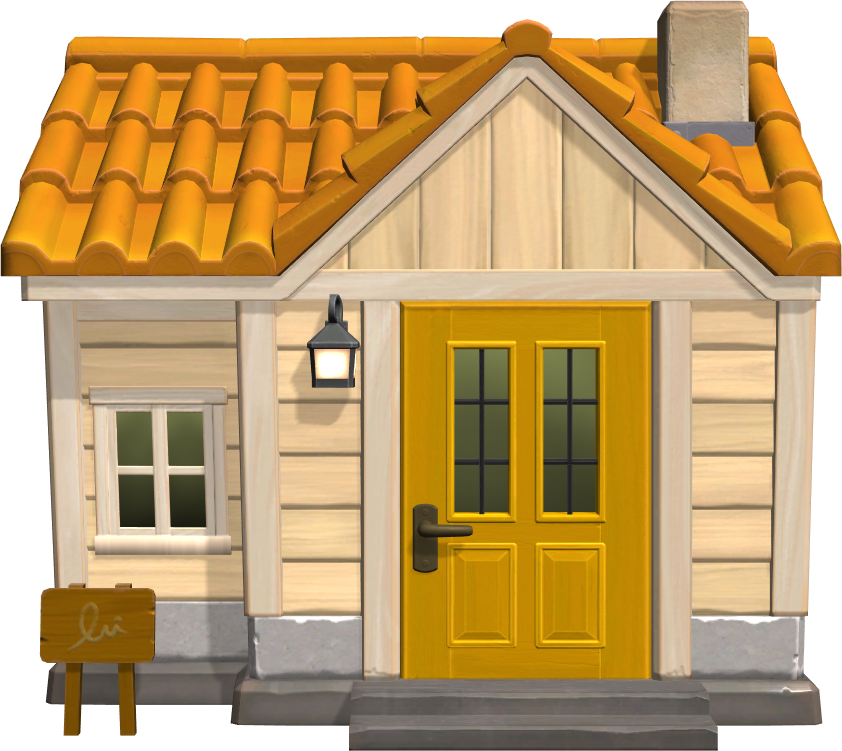 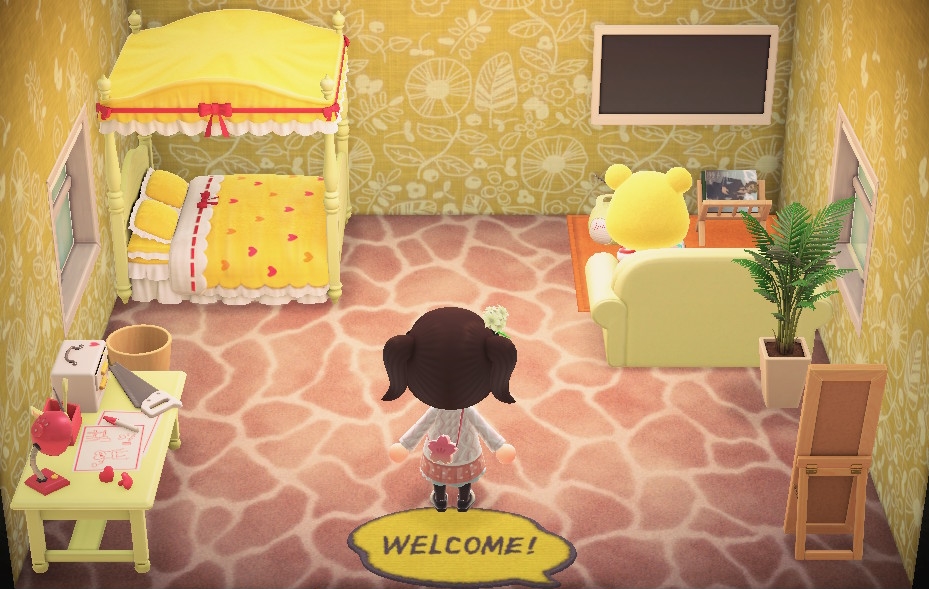 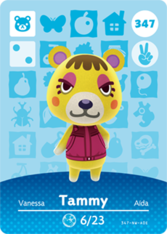